Yun Gee at the Brooklyn Museum


The New York Times
June 12, 1931
Show by Brooklyn Museum.
Annual Summer Exhibition
…Painters not in the International Group are provided…with little cubicles, which plan gives each artist a chance to appear to the best advantage.

Brooklyn Eagle
(New York)
June 13, 1931
…Among the paintings, the pictures by Frieda Hauswirth Das, the Hindu artist, and Yun Gee, the Chinese representative, attracted the most attention. 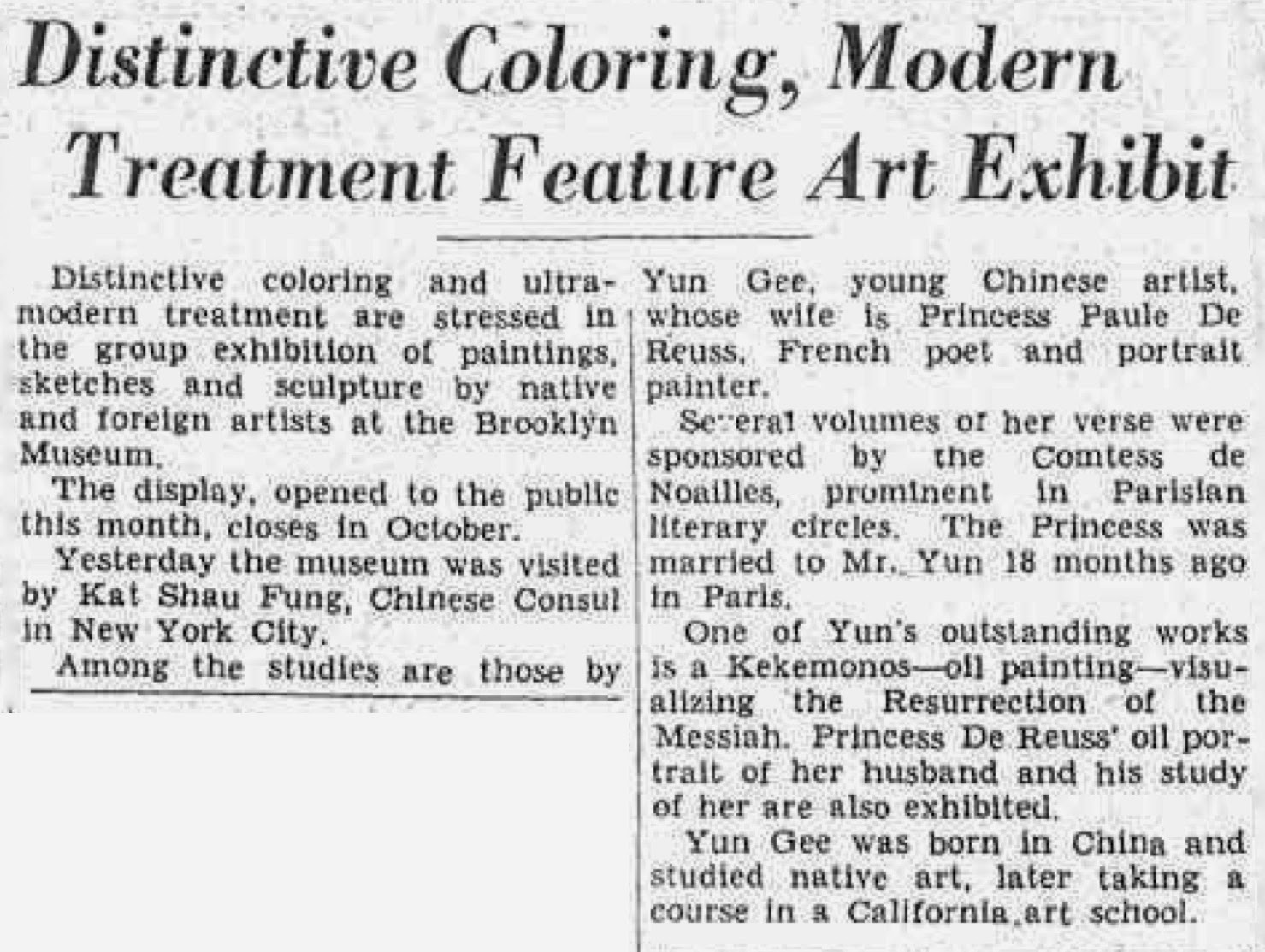 The New York Times
September 24, 1931
...Yun Gee held his first New York one-man show last season. Fifteen of his paintings were included in the Summer show at the Brooklyn Museum, and he is to be represented in the self-portrait exhibition held by the College Art Association in its headquarters in West Fifty-eighth Street, opening next Monday.

The New York Times
September 18, 1943
A concert of Chinese music will be presented tomorrow at 3:30 at the Brooklyn Museum by the Chinese People's Chorus, under Liu Liang-mo, and Yun Gee, singer and instrumentalist.

(Tomorrow: Yun Gee at the Museum of Modern Art)