Florence Hin Low was born in Los Angeles, California, on March 13, 1922, according to testimony in her Chinese Exclusion Act case file at the Chicago branch of the National Archives and Records Administration. However, she and her parents said her birth certificate had the day as the twelfth. Below is a copy of Florence’s testimony at the Seattle Immigration Service on October 10, 1937. Some birth dates have been removed for privacy reasons. 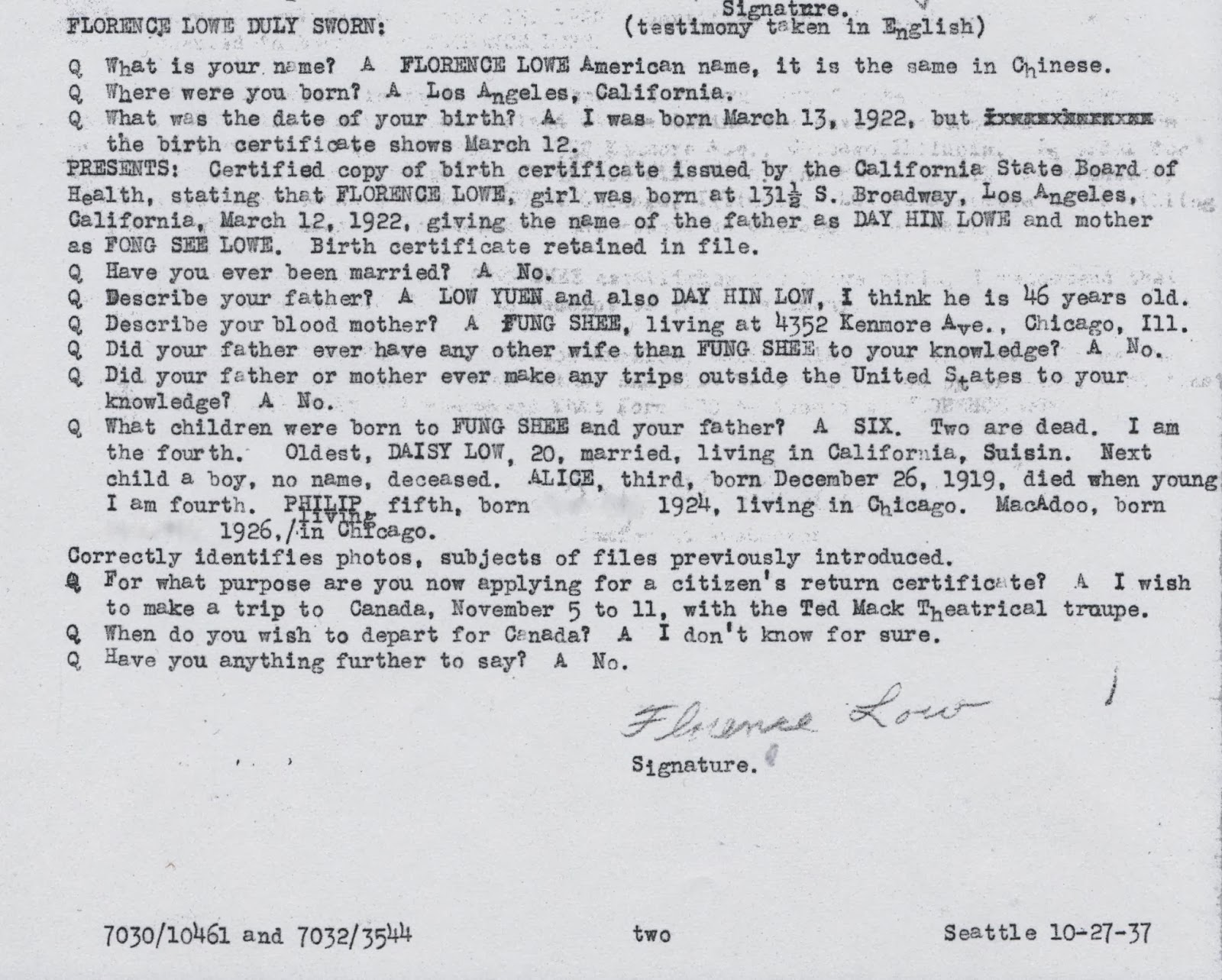 In the 1930 U.S. Federal Census, Florence was the second of four children born to Day Hin and Fong Shee (Miss Fong), both were salespersons at a dress shop. They resided at 4756 South Broadway in Los Angeles, California.

In August 1930, the Newspaper Enterprise Association (NEA) released a photograph, below, of Florence who was eight years old, not ten as stated in the caption. The Ogden Standard Examiner (Utah), published it August 20.

Florence Hin Low, Chinese acrobatic product of Mintz and Dinus (Los Angeles), is said to be the only girl in the world doing a roll of twenty walk-over forward somersaults in swing time, which means not breaking tempo in tricks. She is also considered a notable contortionist and trick tumbler, an unusual combination. She has appeared many times at Grauman’s Chinese Theatre.


According to the Billboard, January 8, 1944, Florence attended acrobatic school when she was seven years old. A Los Angeles, California resident and acrobatic teacher, the 1930 census said Sam Mintz’s birthplace was Germany and emigration year 1901. By 1940 Mintz was a naturalized citizen, who was married and had two daughters, according to immigration and census records at Ancestry.com. Mintz’s partner was Paul Max Dinus who was born Paul Brommrich in Berlin, Germany. He emigrated in 1910 and was naturalized in 1937. He and his wife, Marguerite, were dance teachers, according to immigration documents and Los Angeles, California city directories at Ancestry.com. 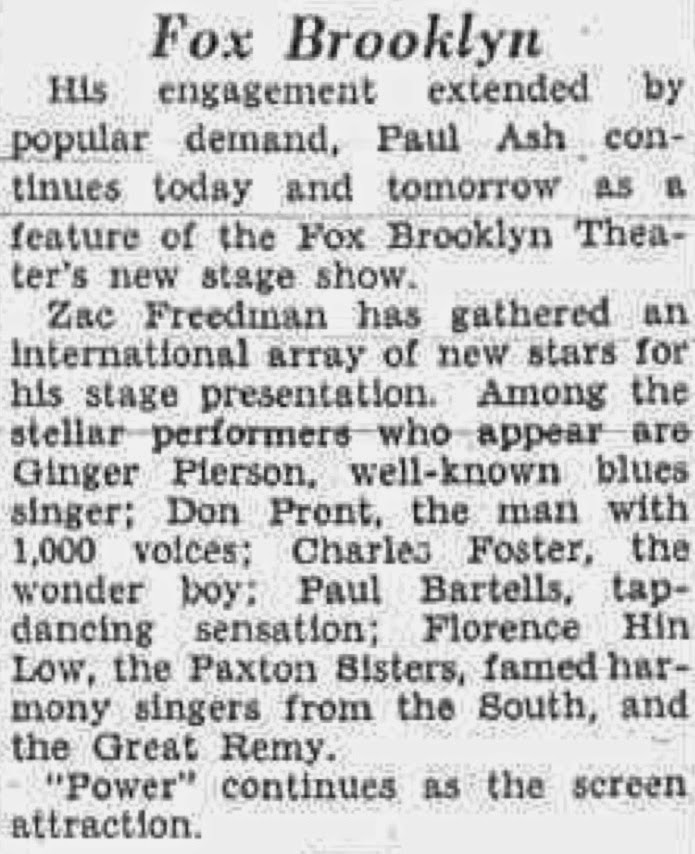 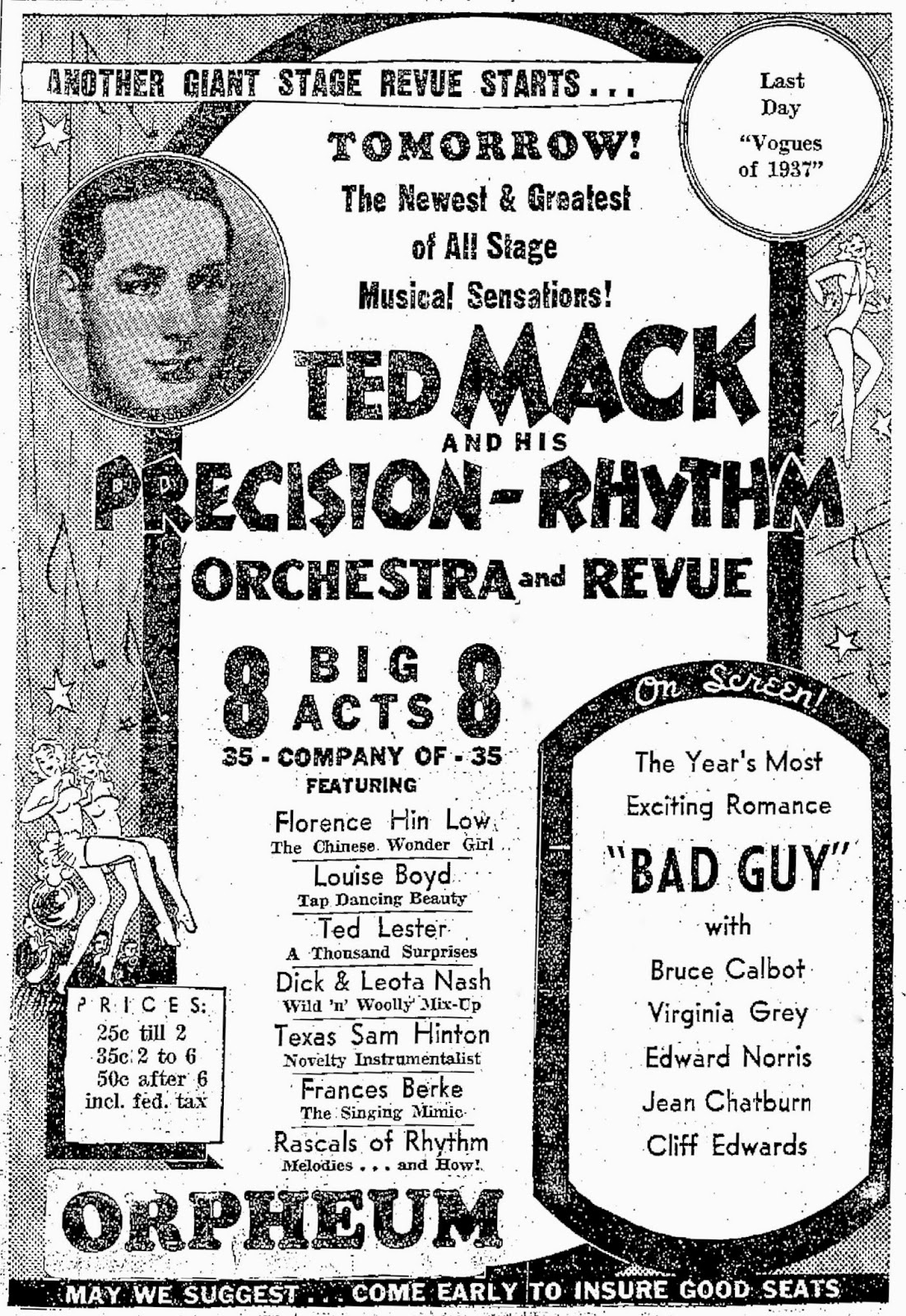 An engagement in Rio de Janeiro, Brazil was in the works according to a 1939 letter (transcribed below) by Florence’s father. 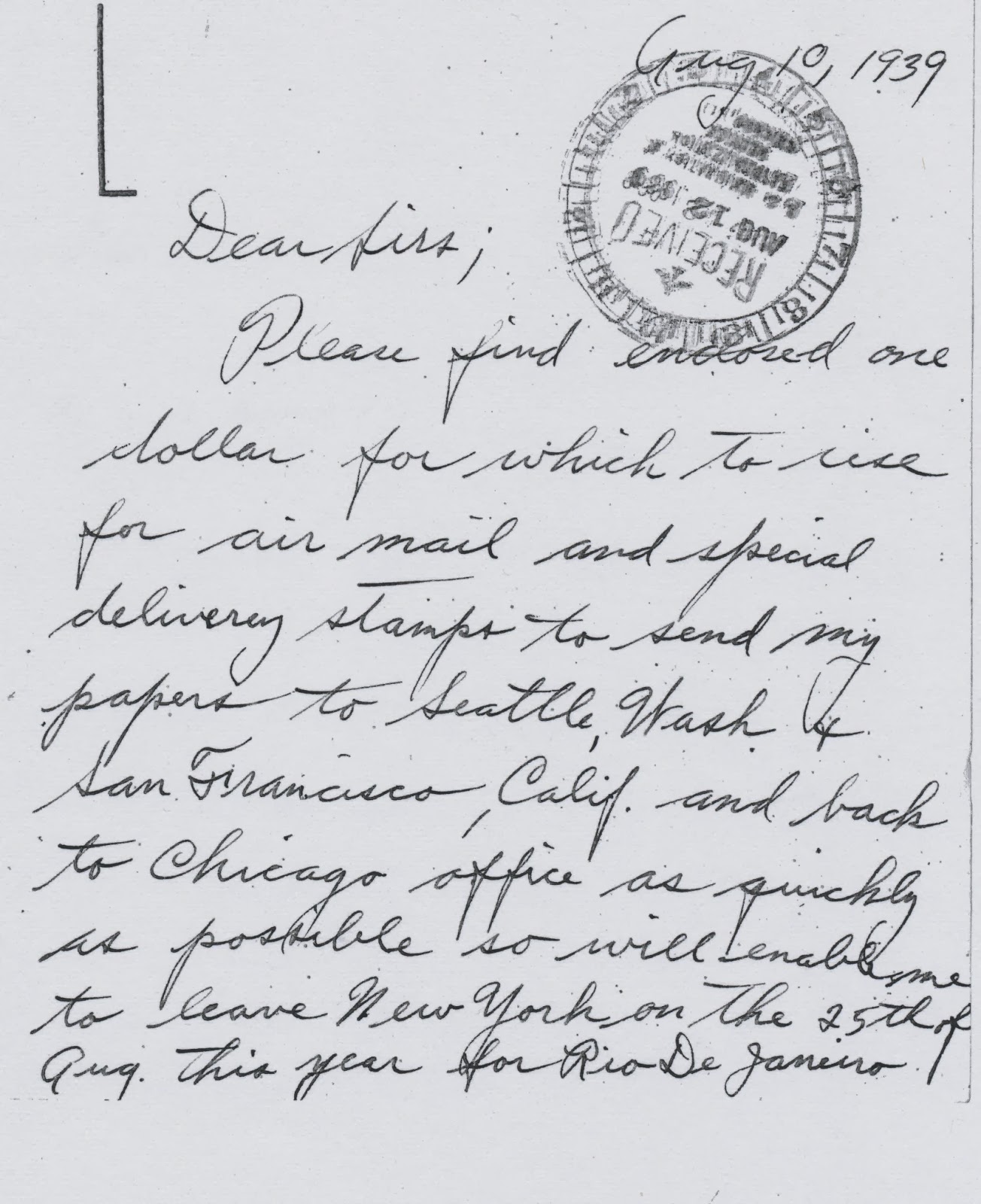 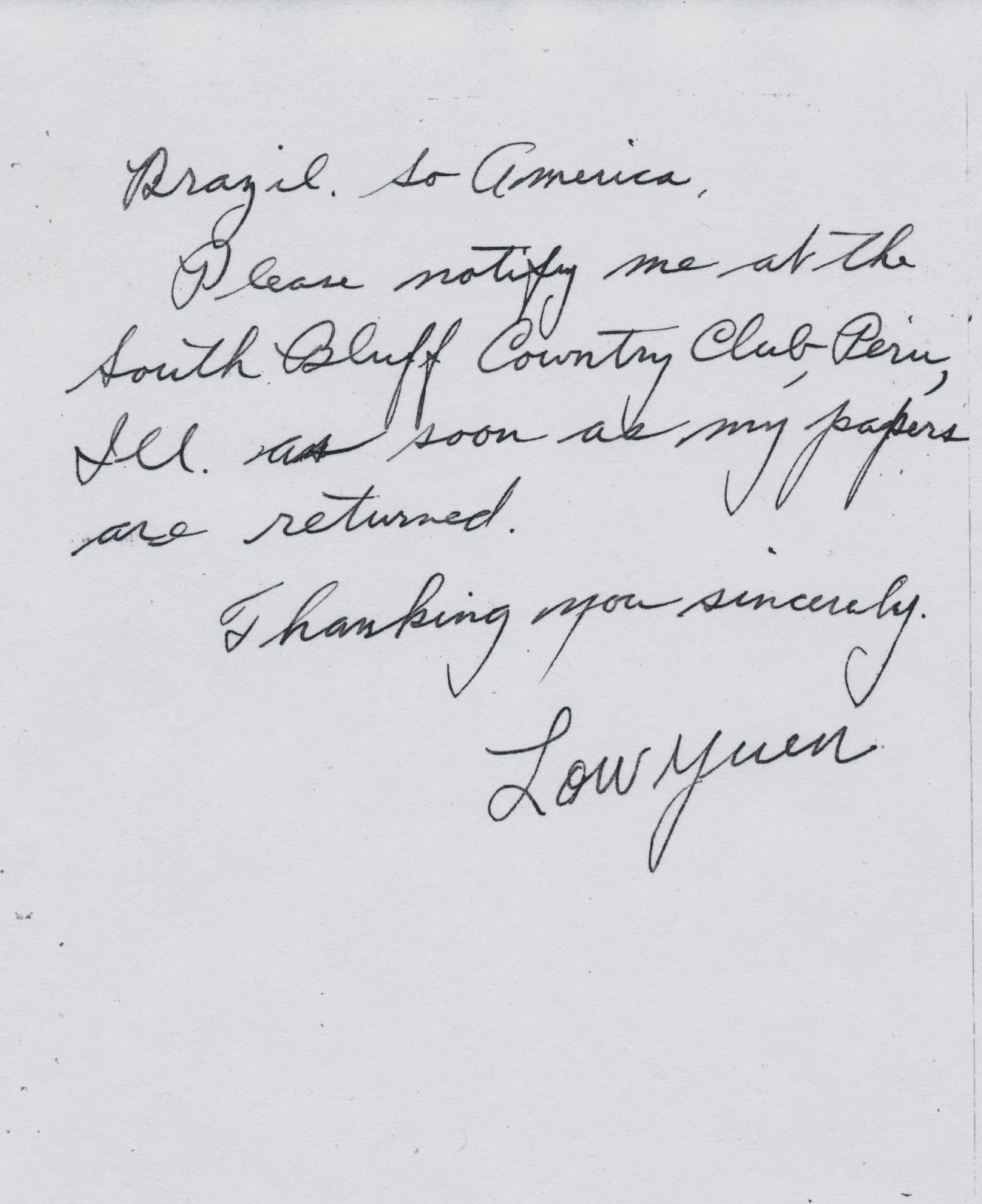 Please find enclosed one dollar for which to use for air mail and special delivery stamps to send my papers to Seattle, Wash. & San Francisco, Calif. and back to Chicago office as quickly as possible so will enable me to leave New York on the 25th of Aug. this year for Rio De Janeiro, Brazil, So. America.

Please notify me at the South Bluff Country Club, Peru, Ill. as soon as my papers are returned.

Evidently the Brazil engagement was cancelled. Below is Florence’s unused Form 430 travel application. 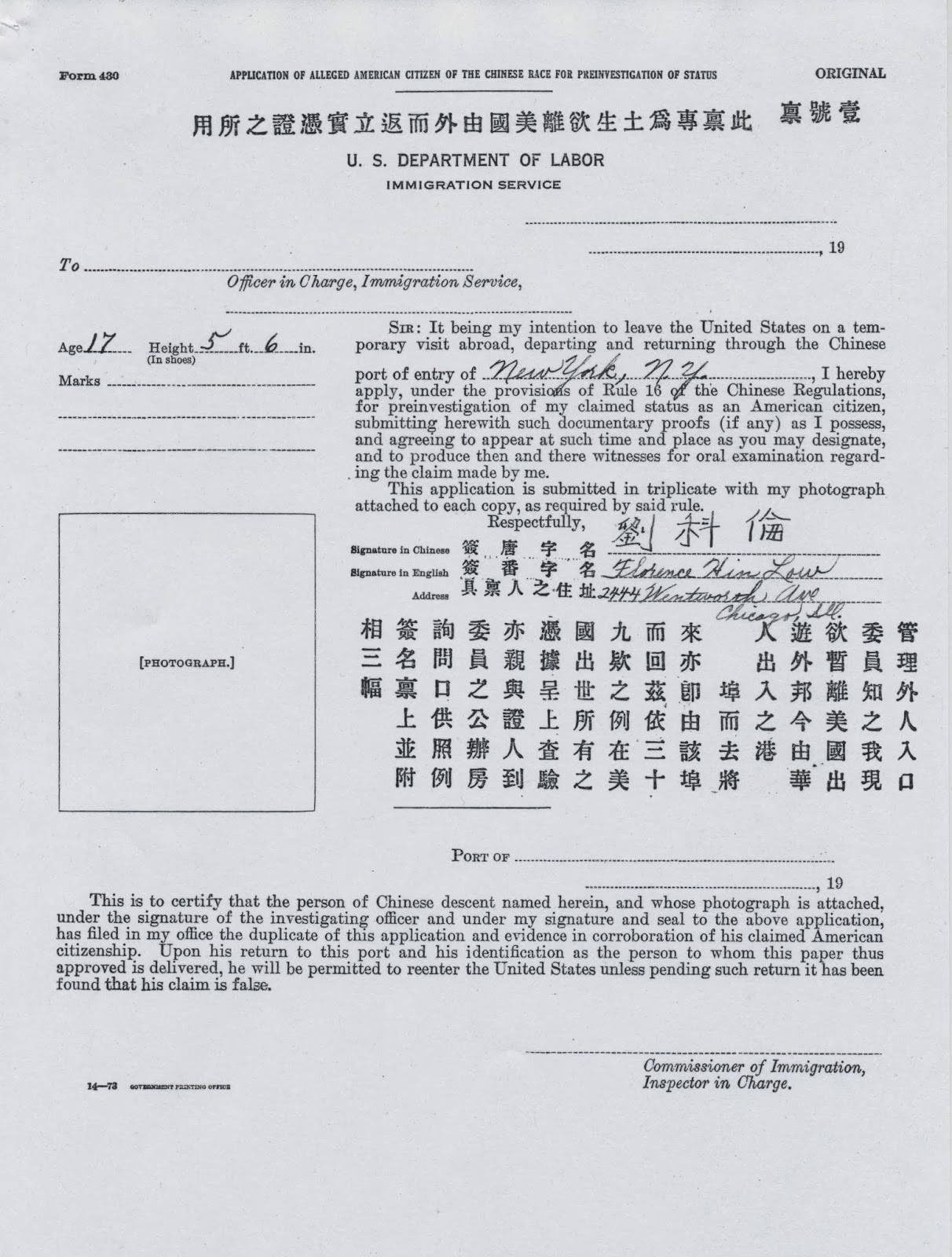 The 1940 census recorded the Low family in Chicago, Illinois, at 2444 South Wentworth. They had resided there since 1935. Florence’s occupation was actress in the theater trade. She had completed two years of high school and was self-employed. In 1939 she worked 52 weeks. Her father was her manager. 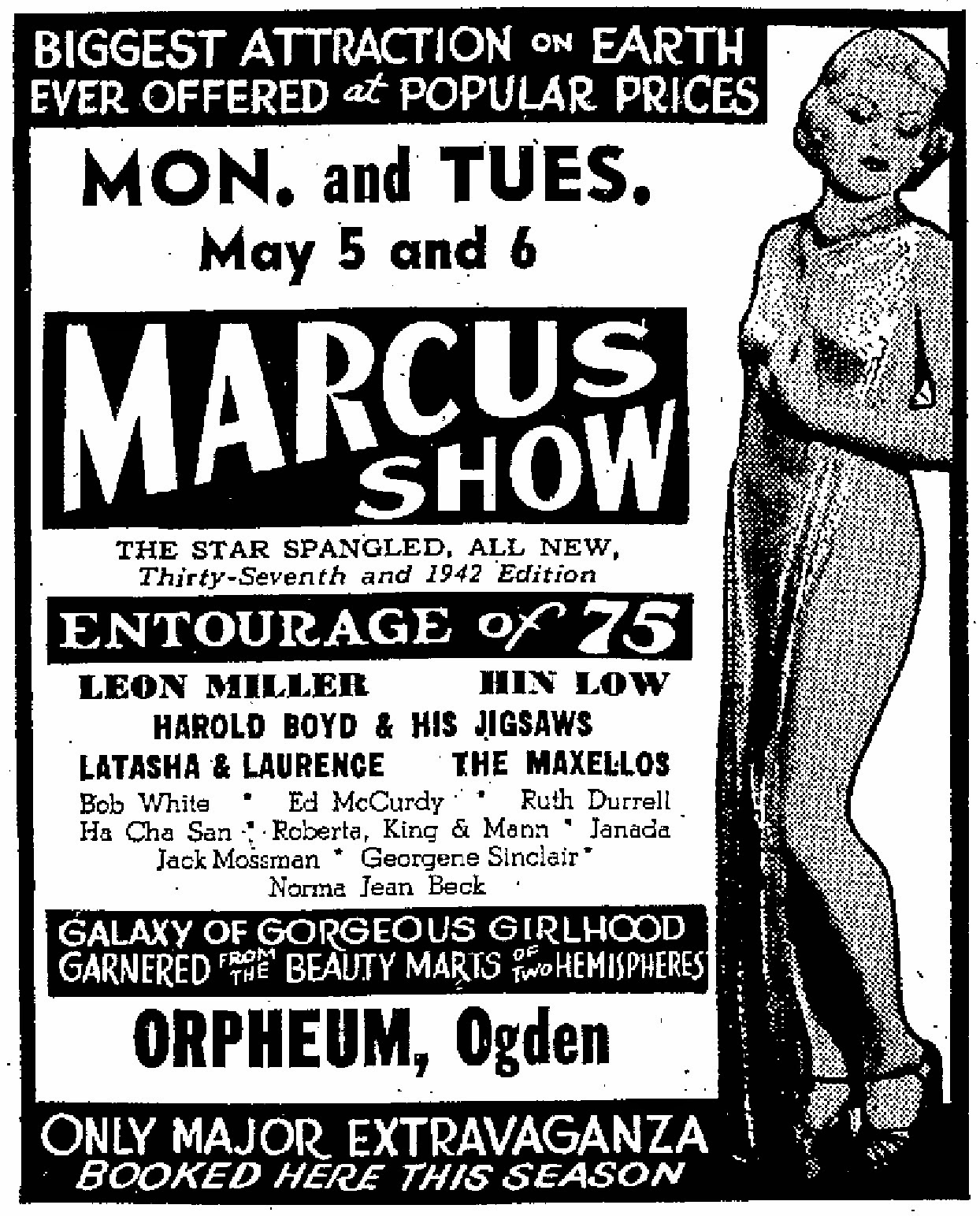 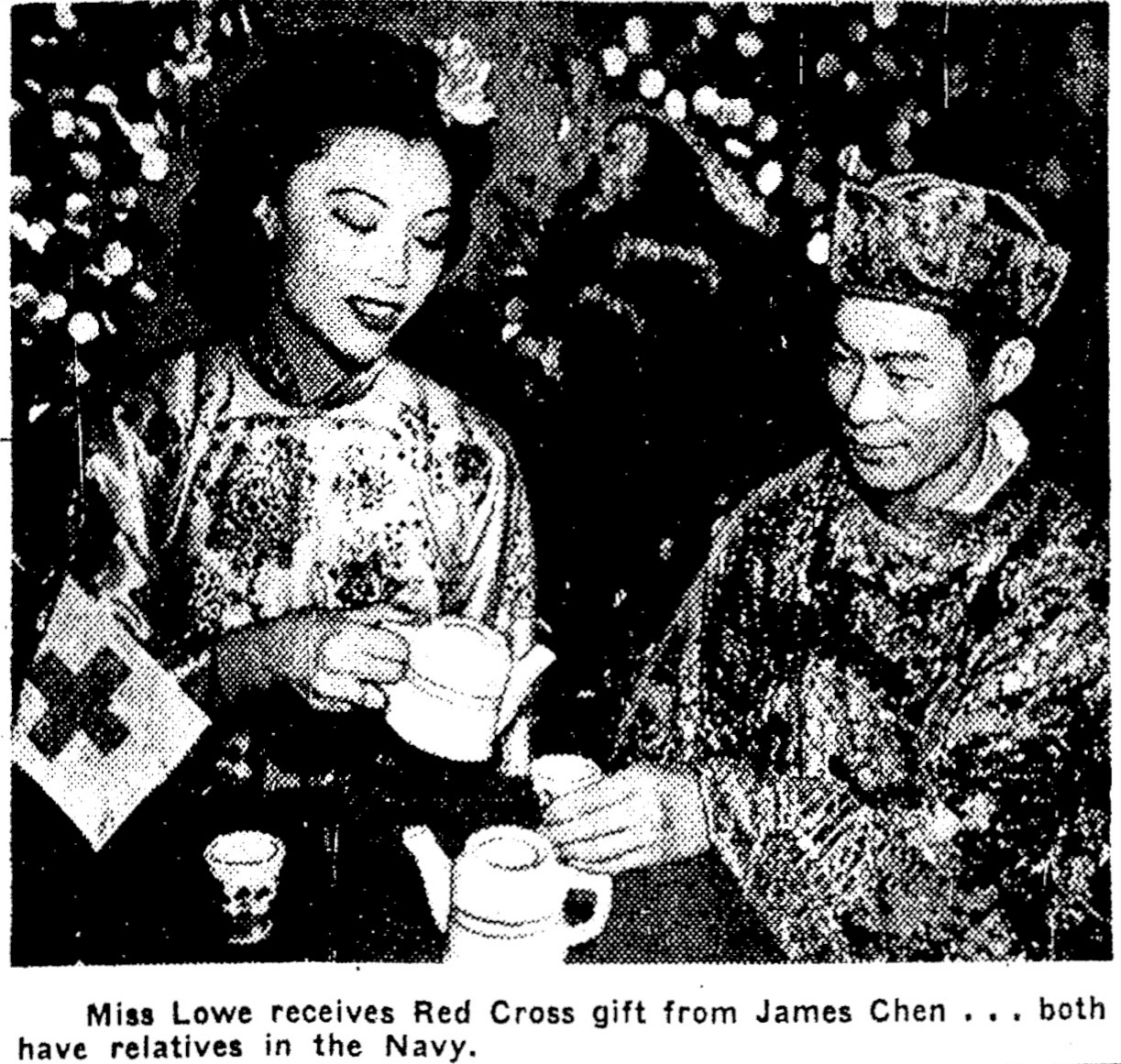 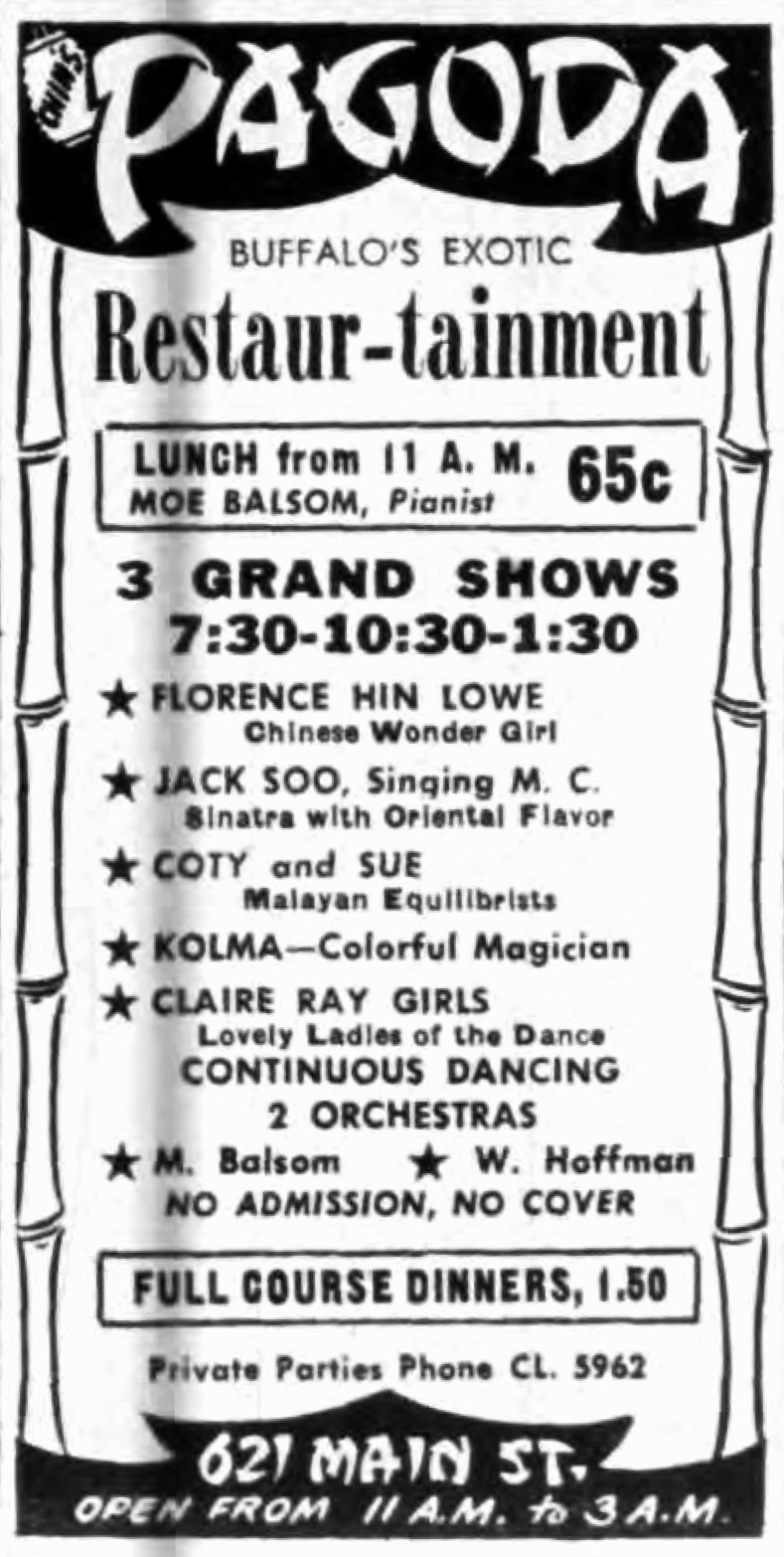 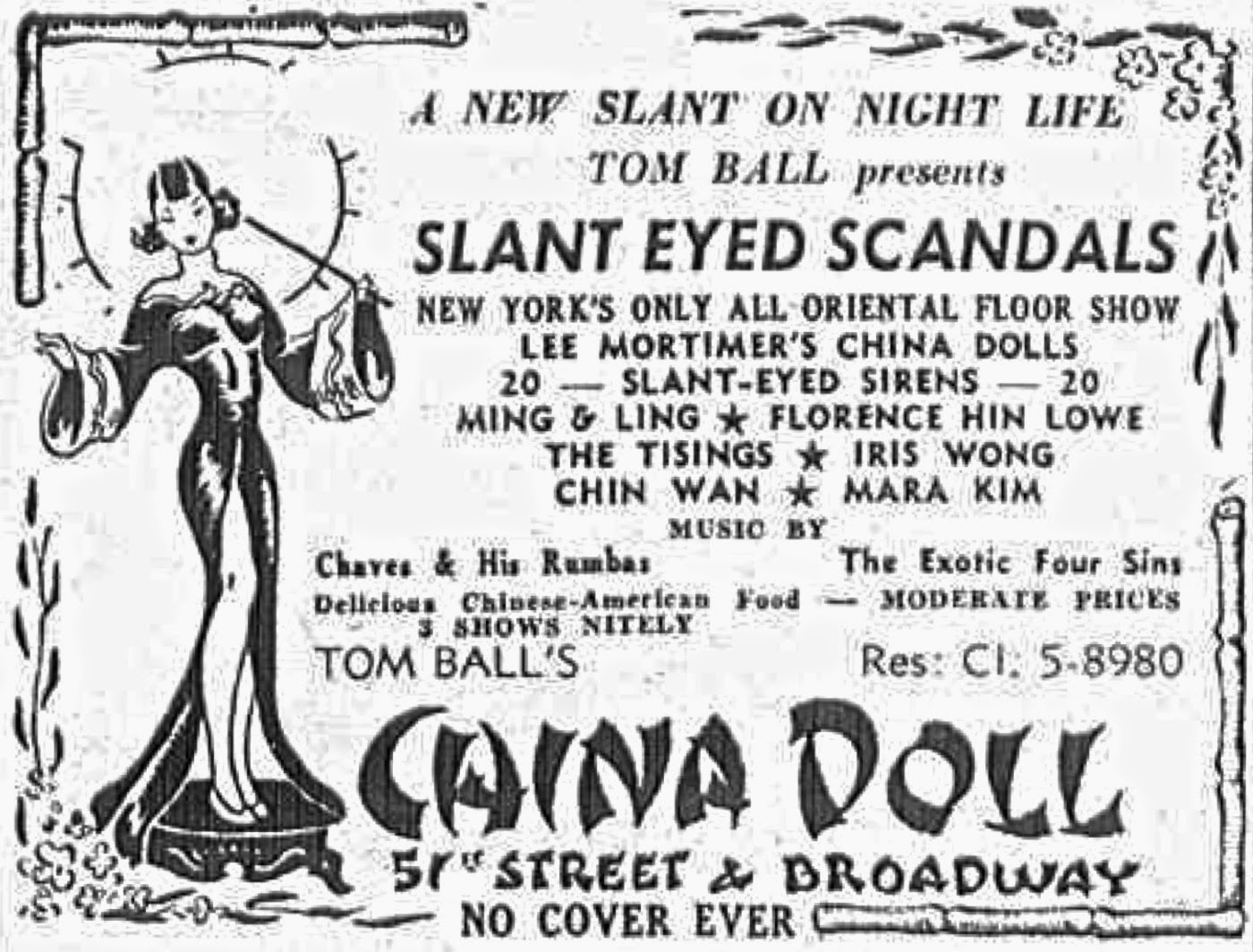 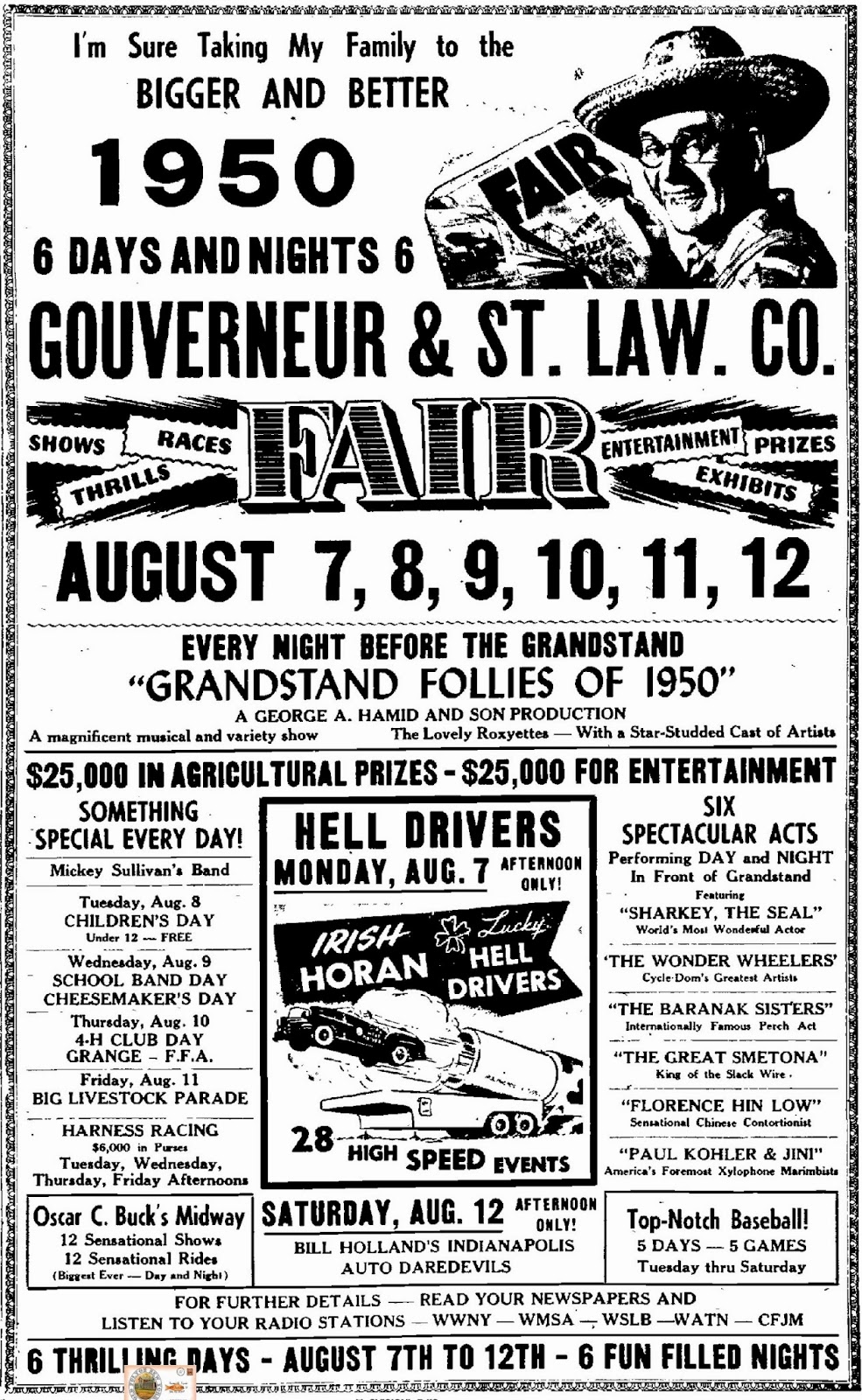 What became of Florence in the following decades is not known. Soft Film has additional information and images of Florence.