Yun Gee, also known as Gee Wing Yun, was born February 20, 1906, according to the Yun Gee website. The same date was mentioned in the New York Sun, January 9, 1934; the article is at the end of this post. Here is an excerpt:

Yun Gee explained in careful English that his family name really is Wing Yun Chu. He was born in China on February 22, 1906, the son of Quong On Chu, one-time merchant of Oriental goods in San Francisco.

“My teachers named me Yun Gee because of my interest in art," he explained. “It is a symbolic name meaning that my work should spread throughout China.”

However, there is a file on Yun’s father, Gee Quong On, case file #38669/12-2, which is available for inspection at the San Bruno, California branch of the National Archives.

Quong On traveled to China several times. Each time upon his return to the United States, he was questioned about his family. The earliest mention of Yun was in 1907 when his first name was spelled Yen. The spelling changed from Yen to Yuen (1912) to Ngin (1914, 1922) to Yuen (1924) and to Ngin (1935, 1938). The immigration officers and translators were responsible for the different spellings.

Over the years, Quong On was consistent in stating that Yun was born during the reign of Emperor Kwong Sui, in the thirty-third year, second month and twentieth day or K.S. 33-2-20. Below are copies of pages from Quong On’s file which has information about his family as it grew over time. 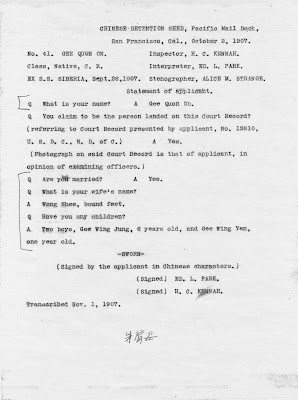 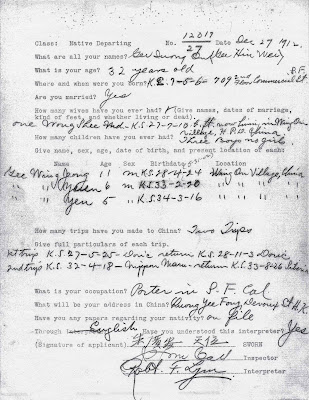 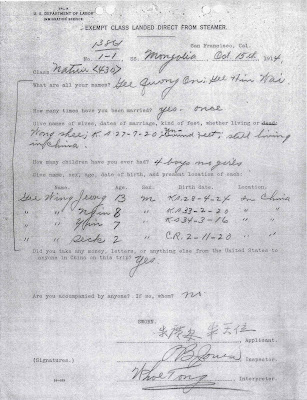 September 5, 1922
Yun was in San Francisco. According to a passenger list, at Ancestry.com, he and his younger brother, Hing Yin Gee, arrived on November 27, 1921. 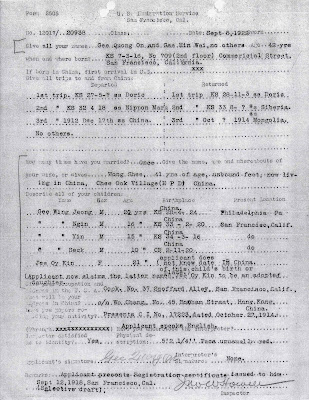 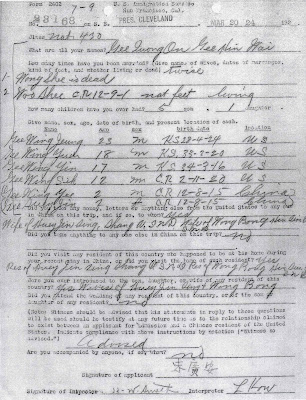 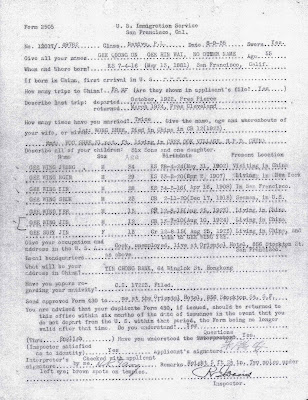 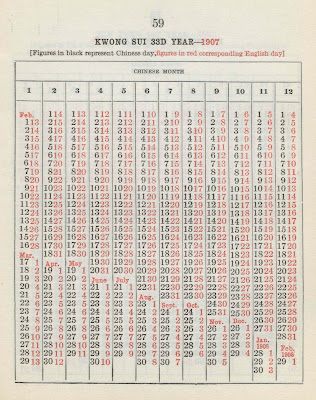 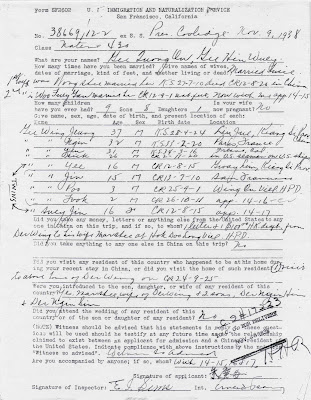 The above article is related to an earlier post about Yun’s performance in 1934.