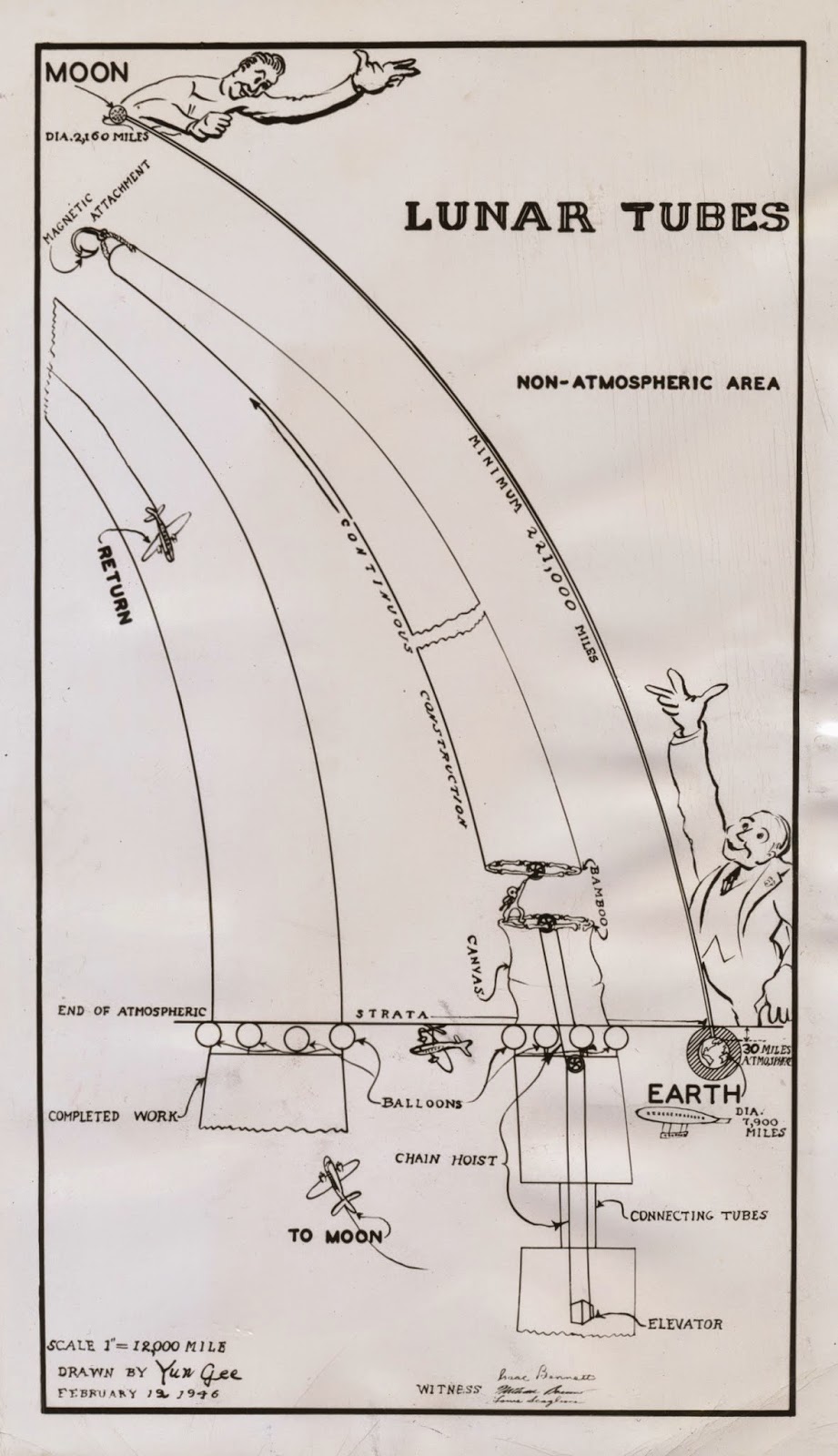 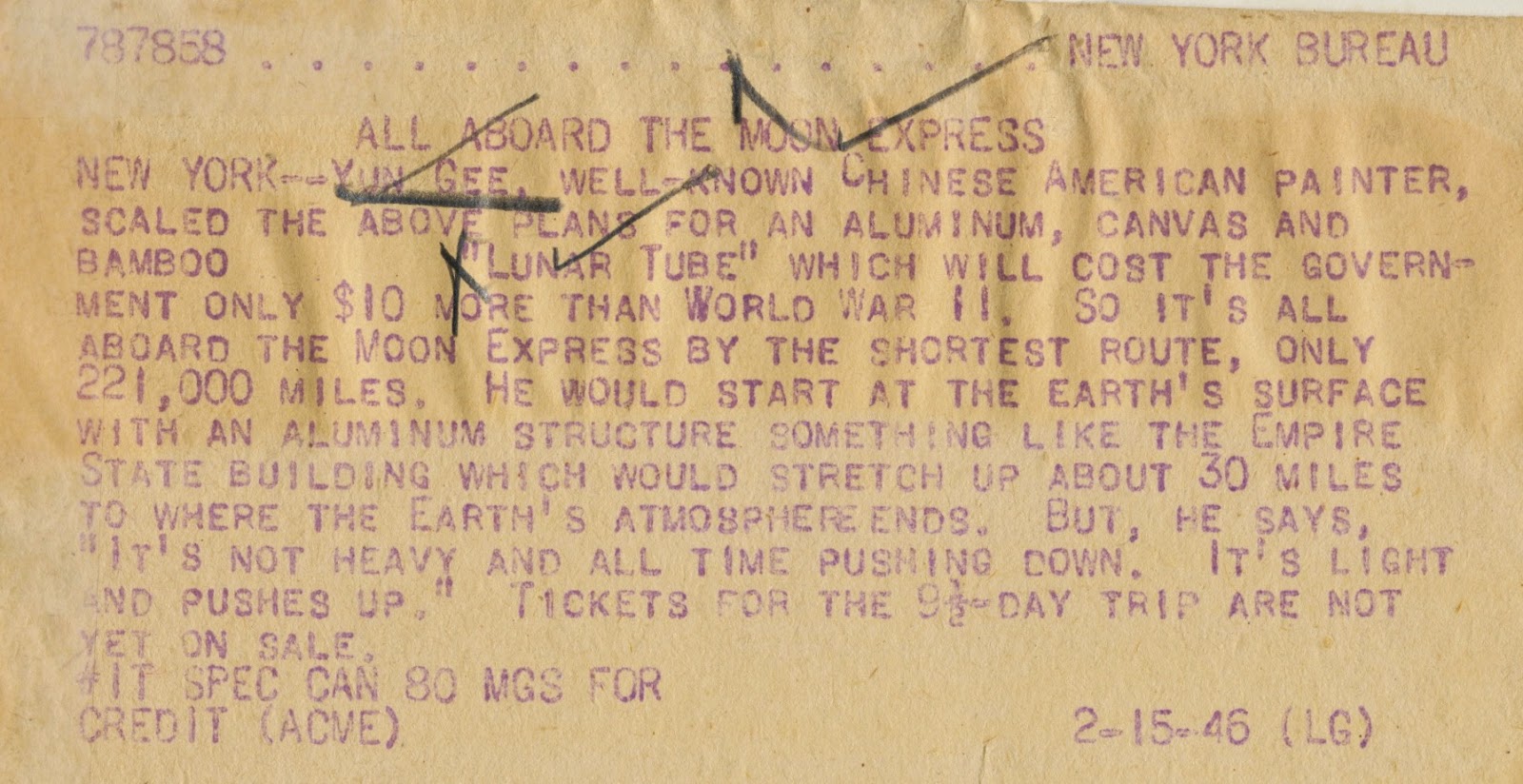 All Aboard the Moon Express
Yun Gee, well-known Chinese American painter, scaled the above plans for an aluminum, canvas an bamboo “Lunar Tube” which will cost the government only $10 more than World War II. So it’s all aboard the Moon Express by the shortest route, only 221,000 miles. He would start st the Earth’s surface with an aluminum structure something like the Empire State Building which would stretch up about 30 miles to where the Earth’s atmosphere ends. But, he says, “It’s not heavy and all time pushing down. It’s light and pushes up.” Tickets for the 9 1/2-day trip are not yet on sale. 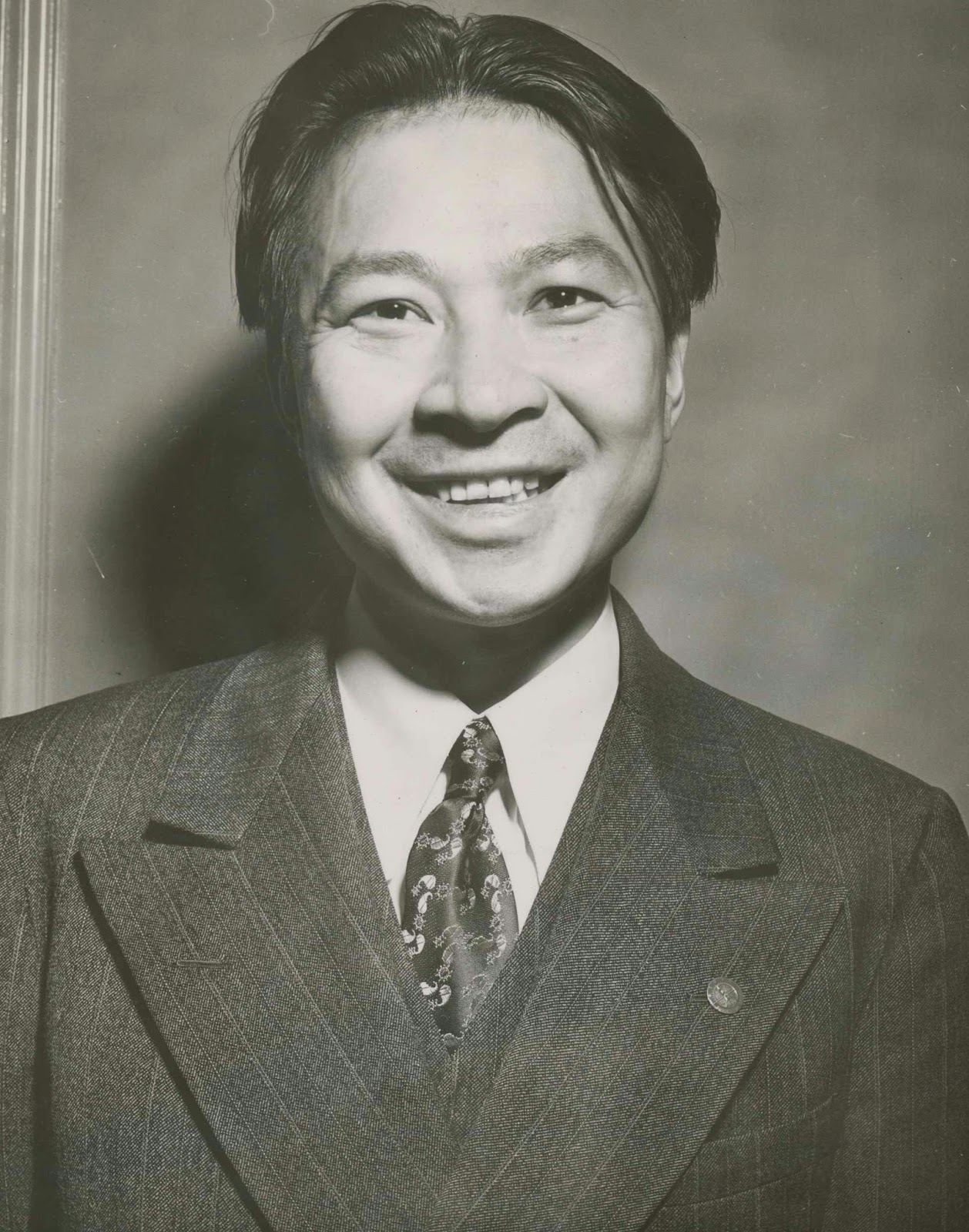 All Aboard the Moon Express
New York—Yun Gee (above), well-known Chinese American painter and a teacher of philosophy as a sideline, has it all figured out. Pretty quick we’ll all be running to make the Moon special. He has scaled plans for an aluminum, canvas and bamboo “Lunar Tube” which will cost the government only $10 more than World War II. At the end of the contraption is a giant magnet which will attach it firmly to the moon after a trip at 1,000 m.p.h. lasting 9 1/2 days. That’s by the short route. About the chances of living when you get there, Yun Gee is not concerned. “I’m a philosopher as well as an engineer,” he said. “It’s only my problem to get them up there. What comes later—week that’s their lookout.”

(Next post on Friday: Yun Gee and the Tri-King Checker and Chess Board)
Posted by Alex Jay at 8:00 AM