The New York Times
April 8, 1945
The American Chinese painter Yun Gee is the current exhibitor at the Lilienfeld Gallery—groups of rather squirmy figures, city landscapes and still-lifes, in varied styles.

Yun Gee has successfully fused the Chinese and 20th century French art traditions, with American subject matter, into a highly recognizable style entirely his own. Each of his canvases is an inspired opus. They are all invested with a spirit of cheerfulness, a dancing, rhythmic design, and jubilant color.

Thousand go in and out of Bronx Botanical Gardens. many know of its location and great numbers pass by this storehouse of nature’s beauty. But Yun Gee not only sees its pictorial possibilities but waits until Winter comes. Then he creates of its white dome an effect as monumental as our capital’s building. “The Mirror,” “Swan Lake,” “Central Park,” “Old Broadway” and many others bear eloquent testimony to Yun Gee’s interpretive genius. 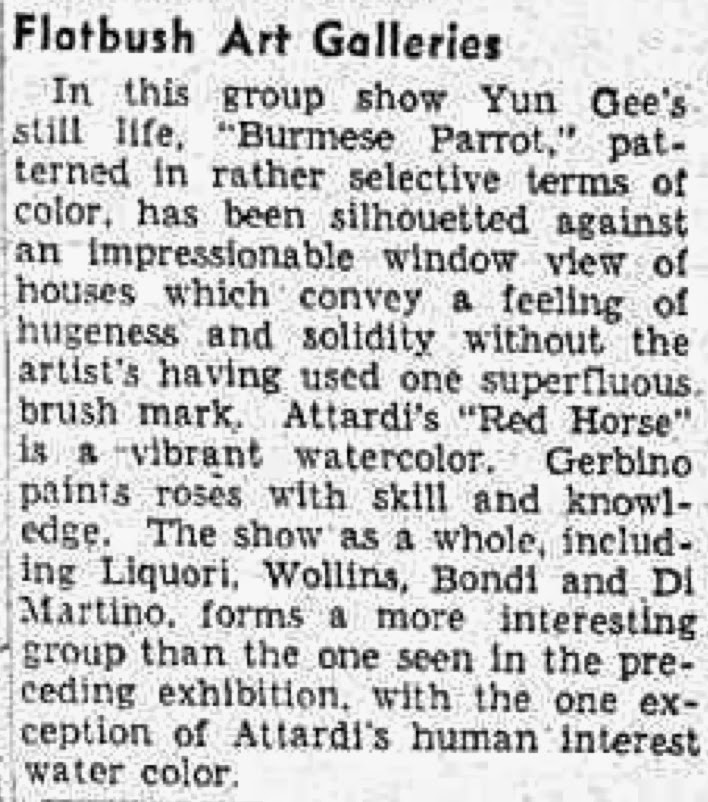