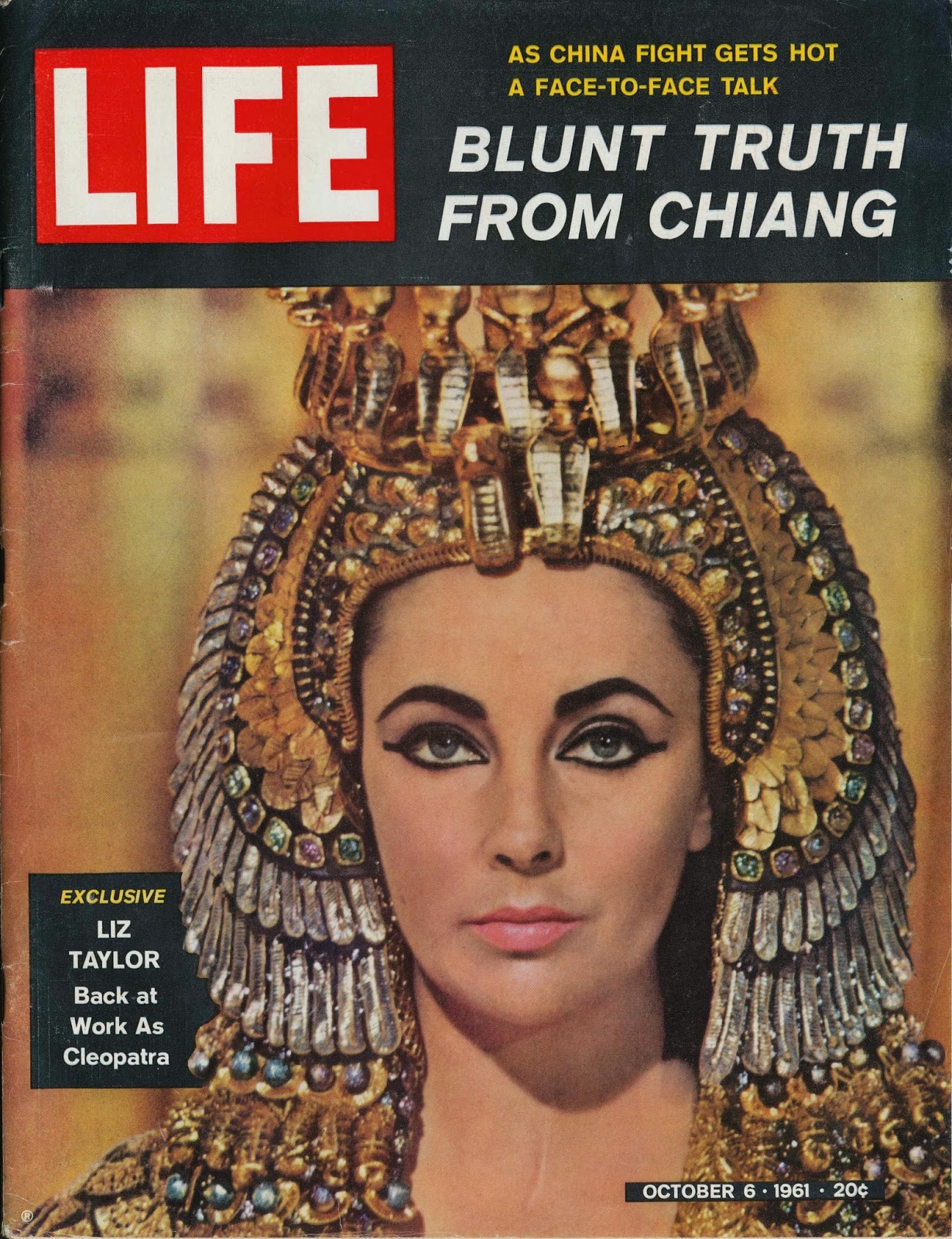 Life and Sculpture of Wah Ming Chang
David Barrow and Glen Chang
1989
pages 16 and 19: [Project Unlimited] fabricated the headdresses worn by Elizabeth Taylor in “Cleopatra,” one of which appeared on the October 6, 1961 cover of Life Magazine.

Movie Magic: The Story of Special Effects in the Cinema
John Brosnan
St. Martins Press, 1973
Chapter 8: The Science Fiction Films
page 196: (about George Pal and the film, The Time Machine)
…Other special effects on The Time Machine were handled by Gene Warren, Tim Barr and Wah Chang. A sequence they handled is the one showing the Time Traveller and his machine being entombed in rock as he continues to speed into the future, then later showing the rock melting away as a result of thousands of years or erosion…

Warren, Barr and Chang, who had formed themselves into the company called Project Unlimited, again worked for Pal on his The Wonderful World of the Brothers Grimm, a film which contained a lot of three-dimensional animation, as did Pal’s next film The Seven Faces of Dr. Lao. 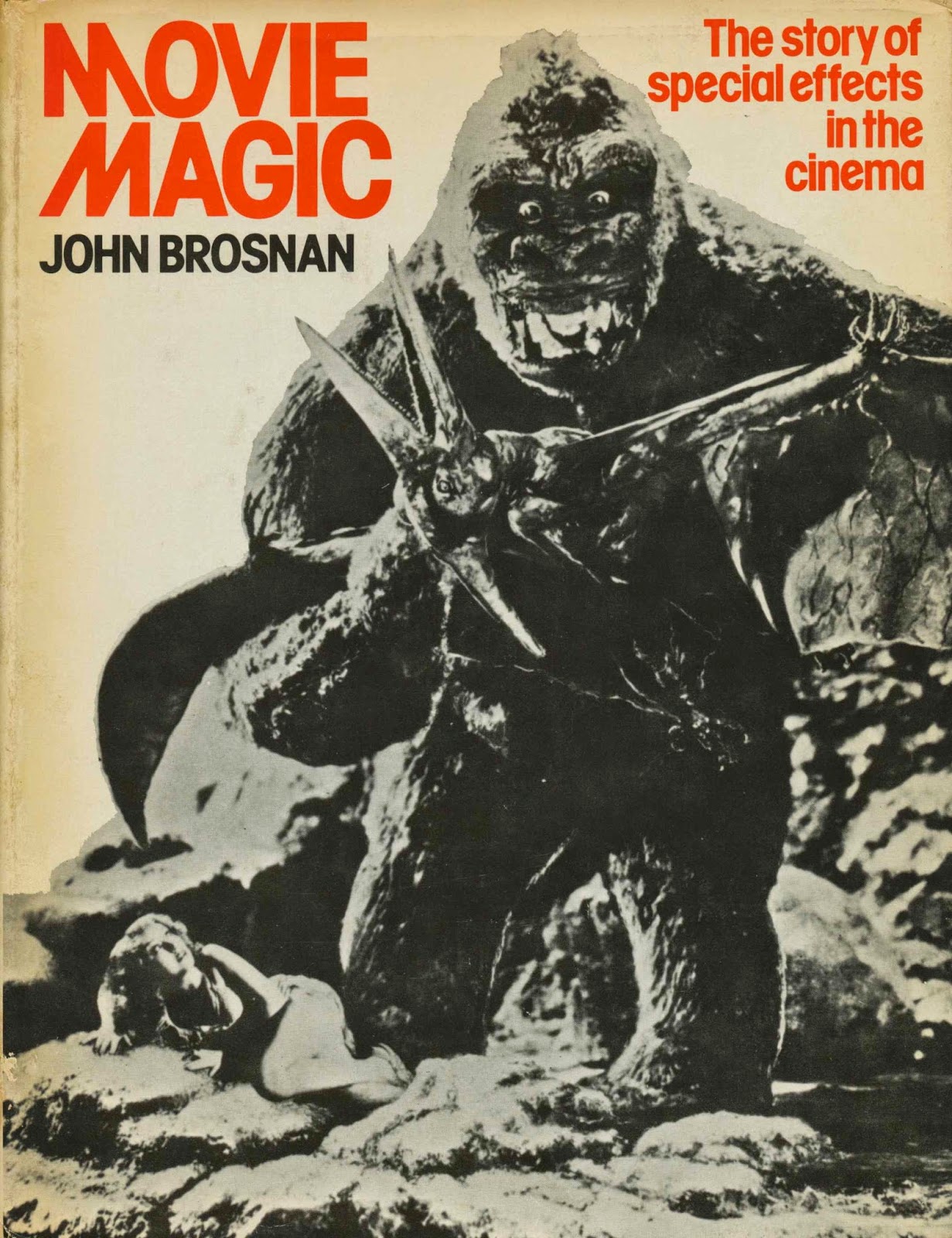 Film Tricks: Special Effects in the Movies
Harold Schechter and David Everitt
Another Harlan Quist Book, 1980
pages 131 to 132: In 1960 George Pal put time travel onto the screen in his adaptation of H.G. Wells’s The Time Machine. Pal’s special effects team of Gene Warren, Tim Baar and Wah Chang had to create the impression of a man traveling into the future and then faced the task of depicting a nuclear war and the post-holocaust world of 802,701 A.D. The Time Machine’s limited budget required that a great deal of ingenuity be employed….

Ingenuity also played a part in one of the effects for the nuclear war sequence, but an oversight made the initial results backfire disastrously. For this scene Gene Warren and Wah Chang had to come up with a blanket of molten lava to flow through the streets of London. The clever solution to the problem was to shoot the scene on a miniature street and use oatmeal as an inexpensive and realistic-looking substitute for the lava….

…a virtual army of toy wooden figures that spring to life whenever the grown-ups aren’t around. The Yawning Man is one of these, an endearingly dopey-looking character who can’t keep his eyes open and manages to stay awake only long enough to sing tom asleep. The figure, which was animated by Gene Warren, had a series of interchangeable wax faces sculpted by the marvelous special-effects craftsman Wah Chang.

The fabulous jewel-encrusted dragon that appears in the “Singing Bone” segment of Pal’s The Wonderful World of the Brothers Grimm (1962) was also designed and constructed by Wah Chang. This fire-breathing monster, which looks a hundred feet long in the film, was actually a three-foot model made of foam rubber over a fully articulated steel armature and brought to life by stop-motion artist Jim Danforth…. 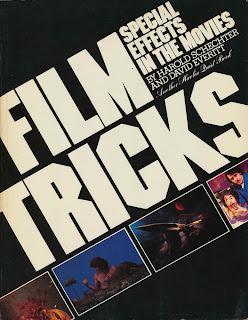 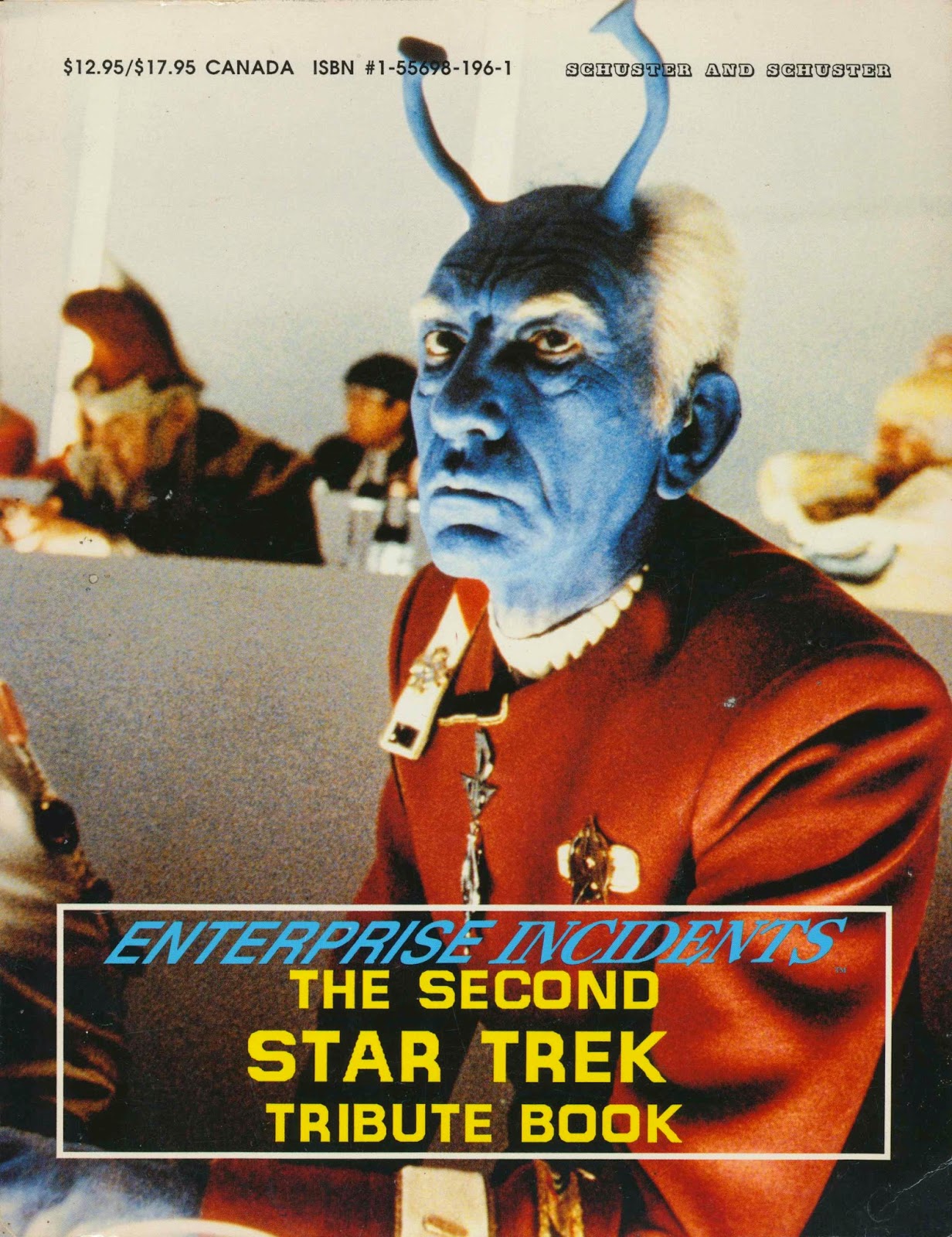 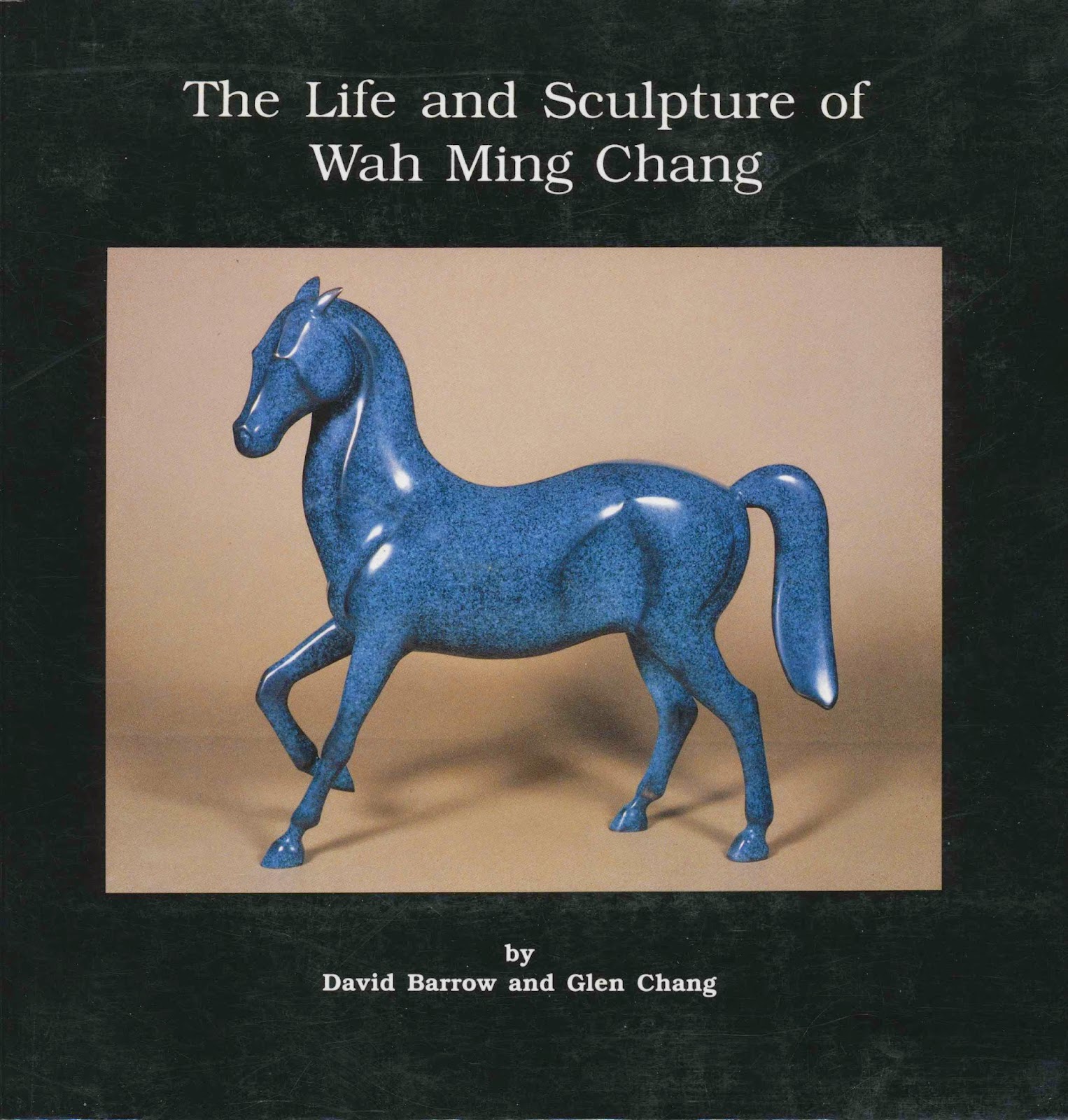 Sci-Fi TV: From the Twilight Zone to Deep Space Nine
James Van Hise
Harper, 1995
Chapter 3: From Inner Mind to Outer Limits
page 38: ...The special effects for The Outer Limits were by Project Unlimited, which also worked with George Pal on such films as The Time Machine and The Seven Faces of Dr. Lao. Projects [sic] Unlimited was founded by Gene Warren, Tim Barr and Wah Chang. “We were in from about the beginning of Outer Limits the first year,” Chang recalls….

“In the case of Outer Limits, as with most of these TV things, they were very hurried. We would get a rough script and in some cases a lot of the masks had to be fitted to the actor who was wearing it, so we’d have to take a life mask. Sometimes they wouldn’t cast the character until a week before they were going to shoot, so you’d be working day and night to get the thing done.”

page 40: ...In the episode the creature is never seen head to toe in one shot but rather we see its face, then a glimpse of an arm, and a shot of its legs. The effect is quite weird. Because of the way it was photographed, the creature seemed like it couldn’t possibly be a man in a suit but seemed like it must be some sort of huge marionette. But Wah Chang has a photograph he took of the costume when it was finished and was being worn by the stuntman. The trick was that the stuntman had to wear the costume while crouching, with his hand supported by stilts.

“It was a very difficult thing,” Chang confirms, ”and it really took an athlete to wear this thing. That was worn by stuntman Janos Prohaska….We had a number of actors on Outer Limits who were not well-known at that time, like Robert Culp, who went on to become stars.”

page 52: ...“The Invisible Enemy” is an effective episode about a spaceship crew on Mars investigating the disappearance of the previous mission on the planet…. 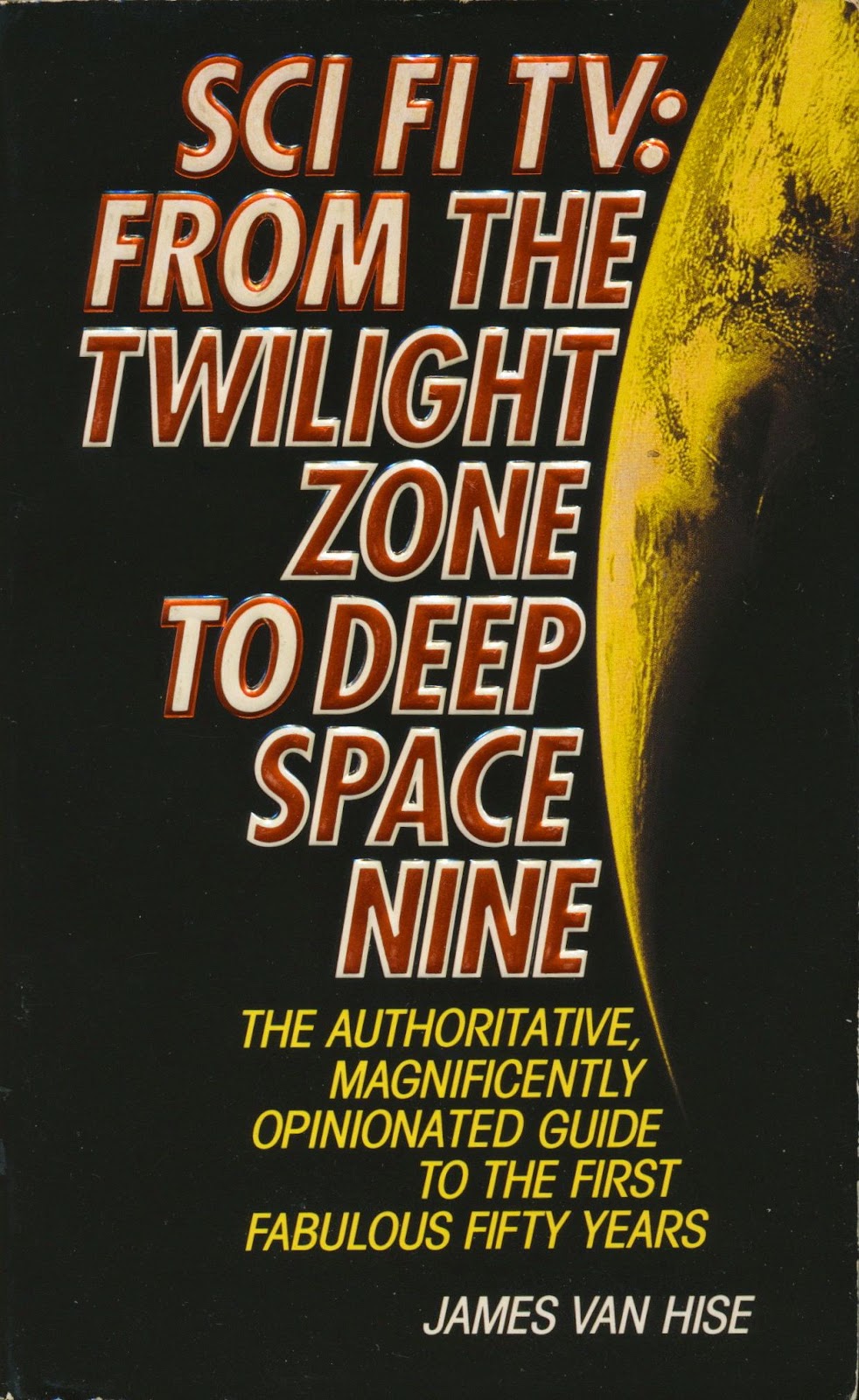 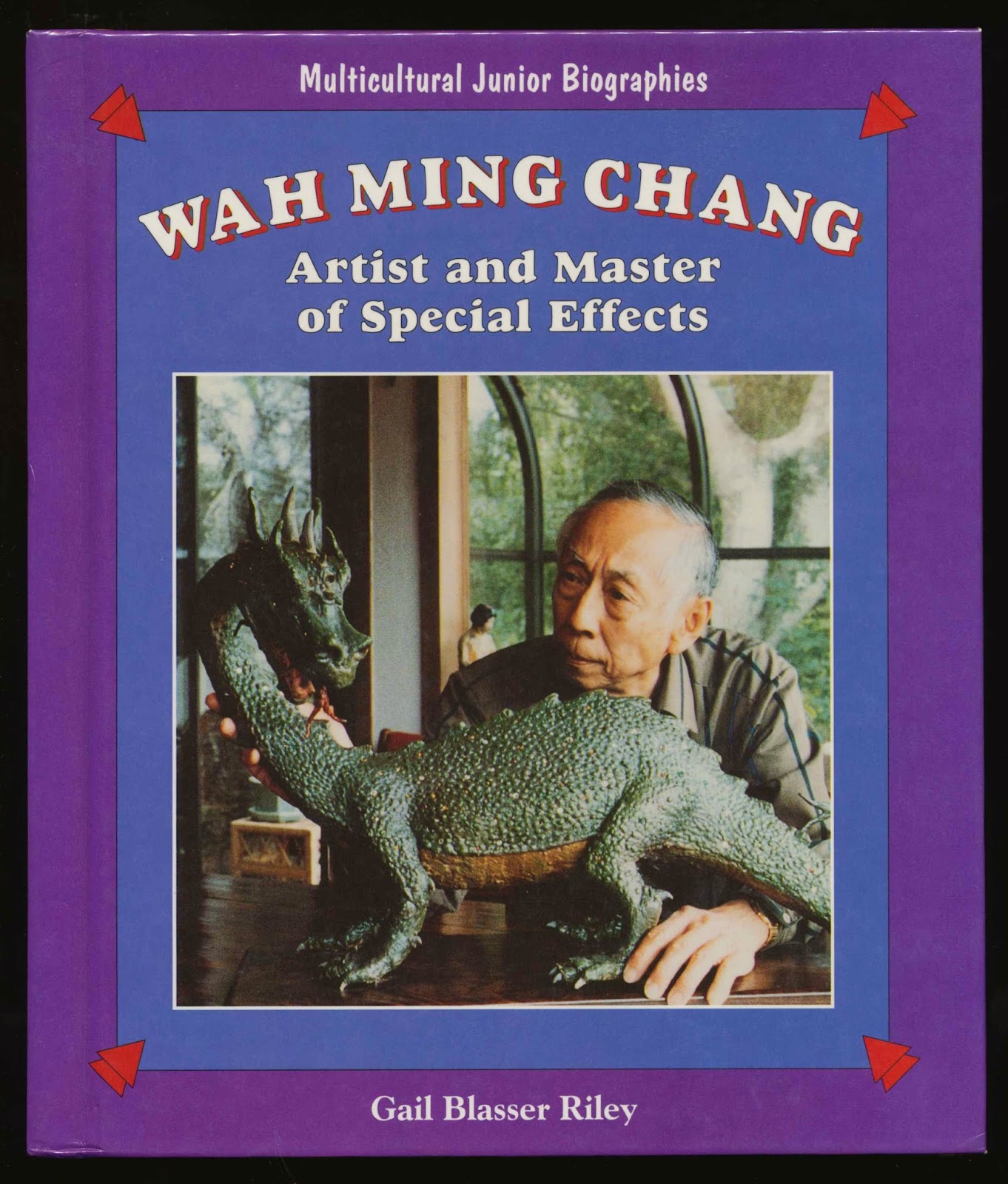 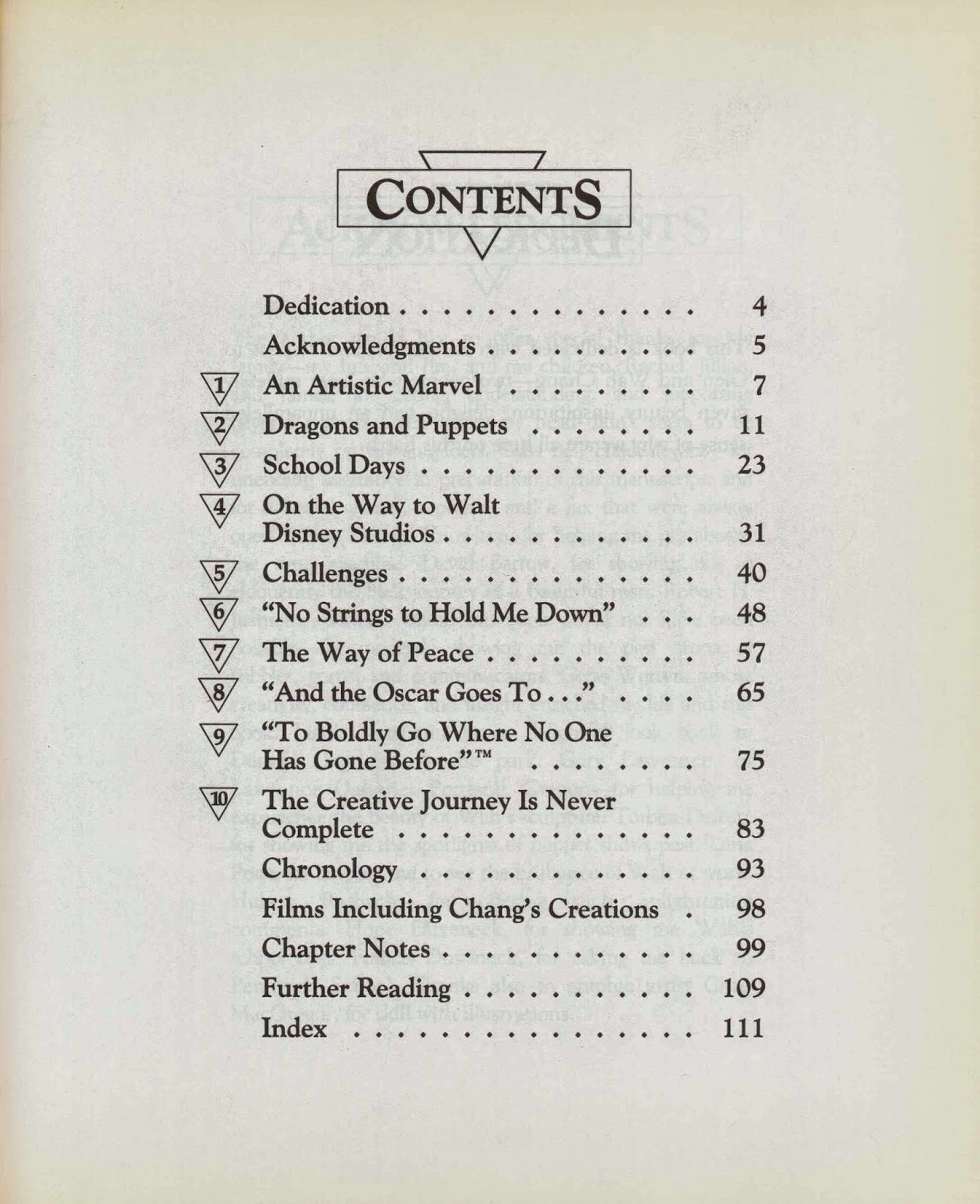 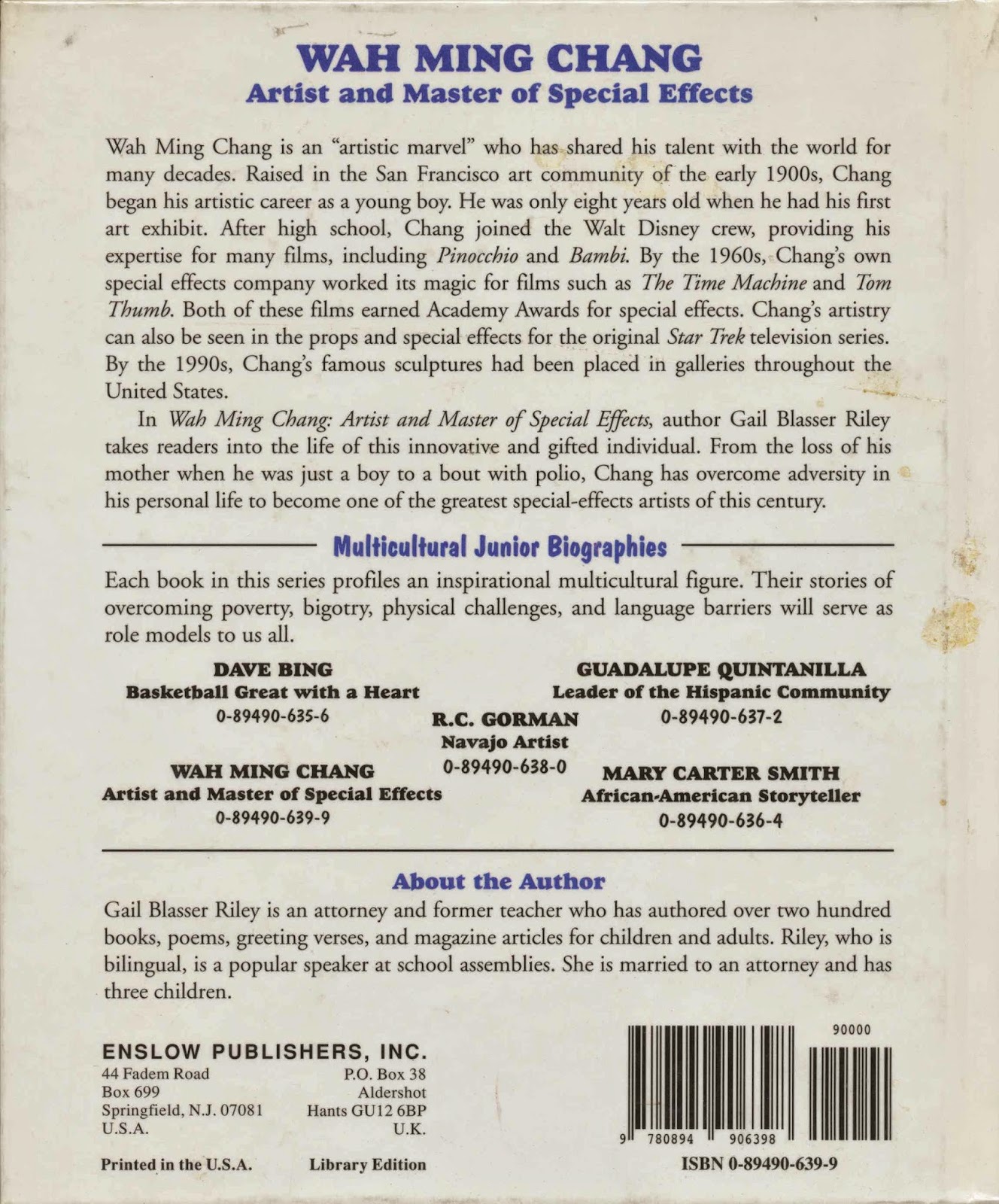 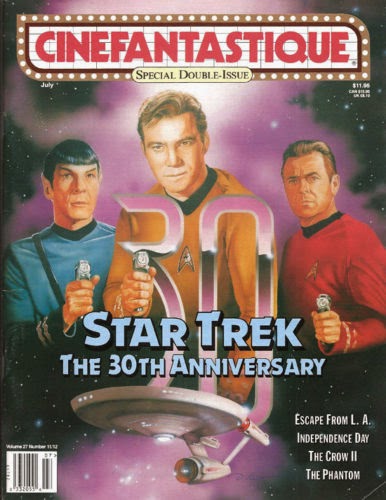 Inside Star Trek: The Real Story
Herbert F. Solow and Robert H. Justman
Pocket Books, 1997
page 50: The huge rubber heads of the Keeper and her cohorts were created by Wah Chang, a designer-sculptor with whom I had worked on The Outer Limits. He also created some unusual creatures that were kept captive, along with Captain Pike, in the Talosians’ “menagerie.” Wah would later become a source of other creatures and devices for Star Trek…

page 118: Then I called Wah Chang and Gene Warren at Project Unlimited, the prop design and manufacturing house that had supplied The Outer Limits with many of its special props and creatures. They had designed and constructed the Talosians’ heads in the first pilot and would later create the Balok effigy for “The Carbomite Maneuever,” the salt-sucking monster for “Man Trap,” and the reptilian Gorn adversary fought by Kirk in “Arena.” In Star Trek’s second season, their most beloved creatures were the prolific, but cute, furry little critters in “The Trouble with Tribbles.”

Gene and Wah had a good working arrangement. Gene handled the business end of things, and Wah, an extremely talented sculptor, designed and fabricated whatever wild creatures or props were needed.

Wah Chang also designed and built the famous flip-open communicators used by Kirk and company when they beamed down from the ship to the planet below, and the medical tricorder used by Doctor McCoy….

page 119: I called a meeting with Wah Chang and Gene Warren. I struck a deal and gave them Matt’s detailed working drawings, and they departed, with Wah already planning how he would execute Matt’s phaser pistol design, in addition to building the two other props. He finished everything perfectly and made several beautiful hero models of all three props, and all the dummy mockups that I knew the show would require.

page 120: …The union played hardball, so I decided to play hardball, too. “We didn’t hire Wah. He designed and built these things himself, independently of us.” (It was only a little fib. He had designed and built the “tricorder” and communicator props. But definitely not independently.) I continued, “And when we happened to see them, we liked them so much that we bought them outright, on the spot.”

page 214: …When creatures were required, outside specialists were consulted. Wah Chang designed and built the Gorns for “Arena.” They were green and resembled some aquatic creatures he had created for The Outer Limits. The full-body suits were made of rubberlike compound, but owing to their weight and limited flexibility, even stuntmen needed great endurance to wear them.

page 338: …I hadn’t told them that Wah Chang was crippled from the effects of polio. So Ed and Gregg could only watch and react in stunned sympathetic silence as Wah Chang made a stiff-legged torturous entry, both of his legs encased in jointed metal braces that had to be unlocked at the knees before he could sit. After introductions were made, Gene Warren unlocked Wah Chang and we all sat down.

…Wah Chang and I did all the talking. We discussed design, cost, and delivery date while Eddie and Gregg just sat there, listening.

When the meeting was over, Wah Chang straightened out the braces and locked them into place, a process that resulted in lots of metallic clicking noises. With Wah Chang’s legs now rigidly extended out in front of him, he needed help to rise. Gene Warren, in a well-practiced move, helped lift him to his feet. Wah Chang departed, the way he entered, clicking and clanking as he slowly strode, stiff-legged, toward the door. Braces locked at the knees, Wah Chang had to swing each leg from the hip. Throughout it all, Gene Warren stayed close, for support…

page 439: Wah Chang (Star Trek prop and creature designer-builder) worked on many other shows designing masks and headdresses for such major films as The King and I and Can-Can. Elizabeth Taylor wore one of his most spectacular creations in Cleopatra. Now retired from prop and costume making, he resides in Carmel Valley, California with his wife, Glen. He is widely recognized as an accomplished sculptor. 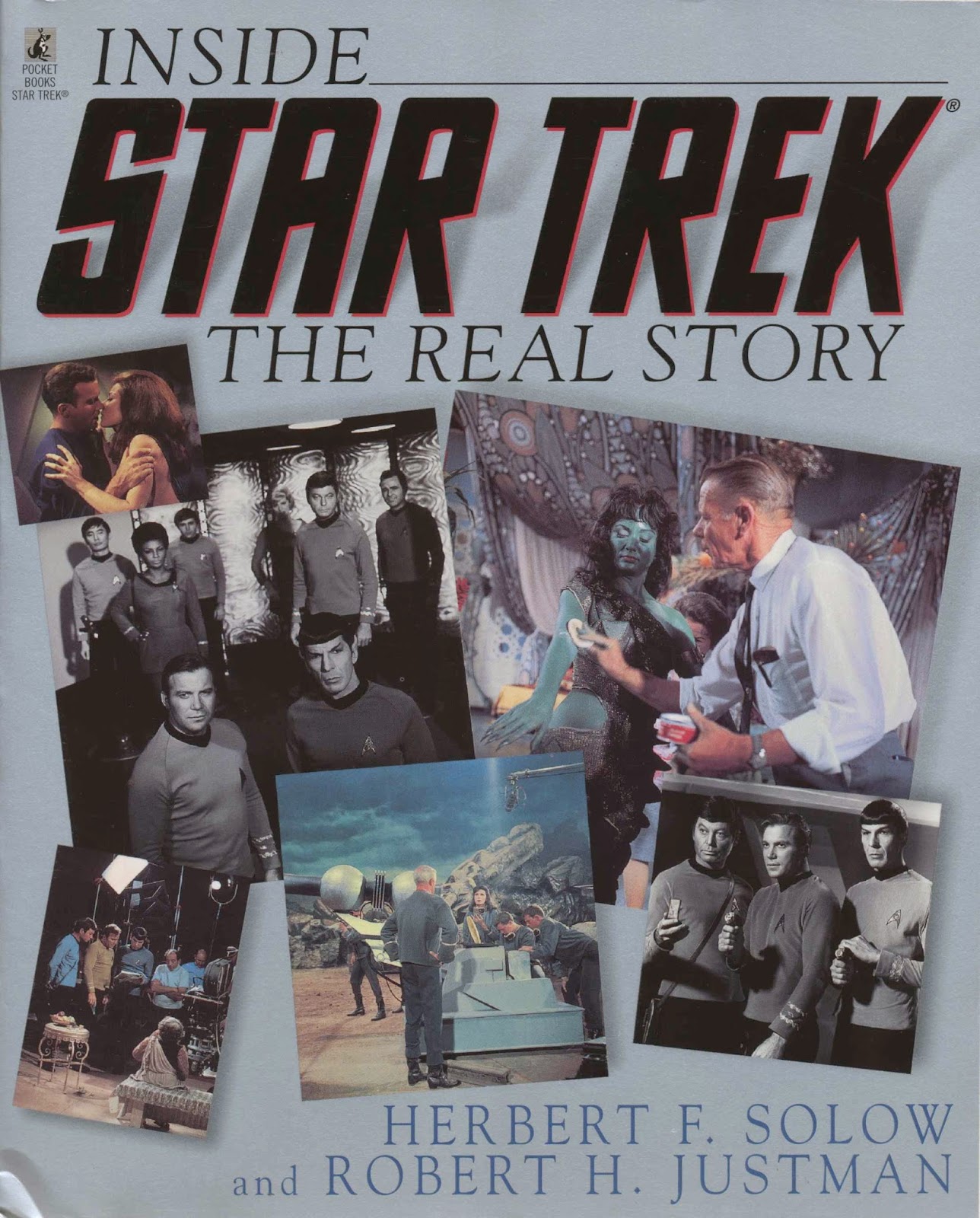 Star Trek Sketchbook: The Original Series
Herbert F. Solow and Yvonne Fern
Pocket Books, 1997
pages 222 to 254: Last chapter is devoted to Wah Ming Chang. It includes newspaper articles from the 1920s; a letter from Walt Disney; photograph of him and others with their Academy Award for the special effects on The Time Machine; photographs of masks for the film, The King and I; material from the TV series, Star Trek; a photograph of his wife, Glen; and several photographs of Wah Ming Chang. 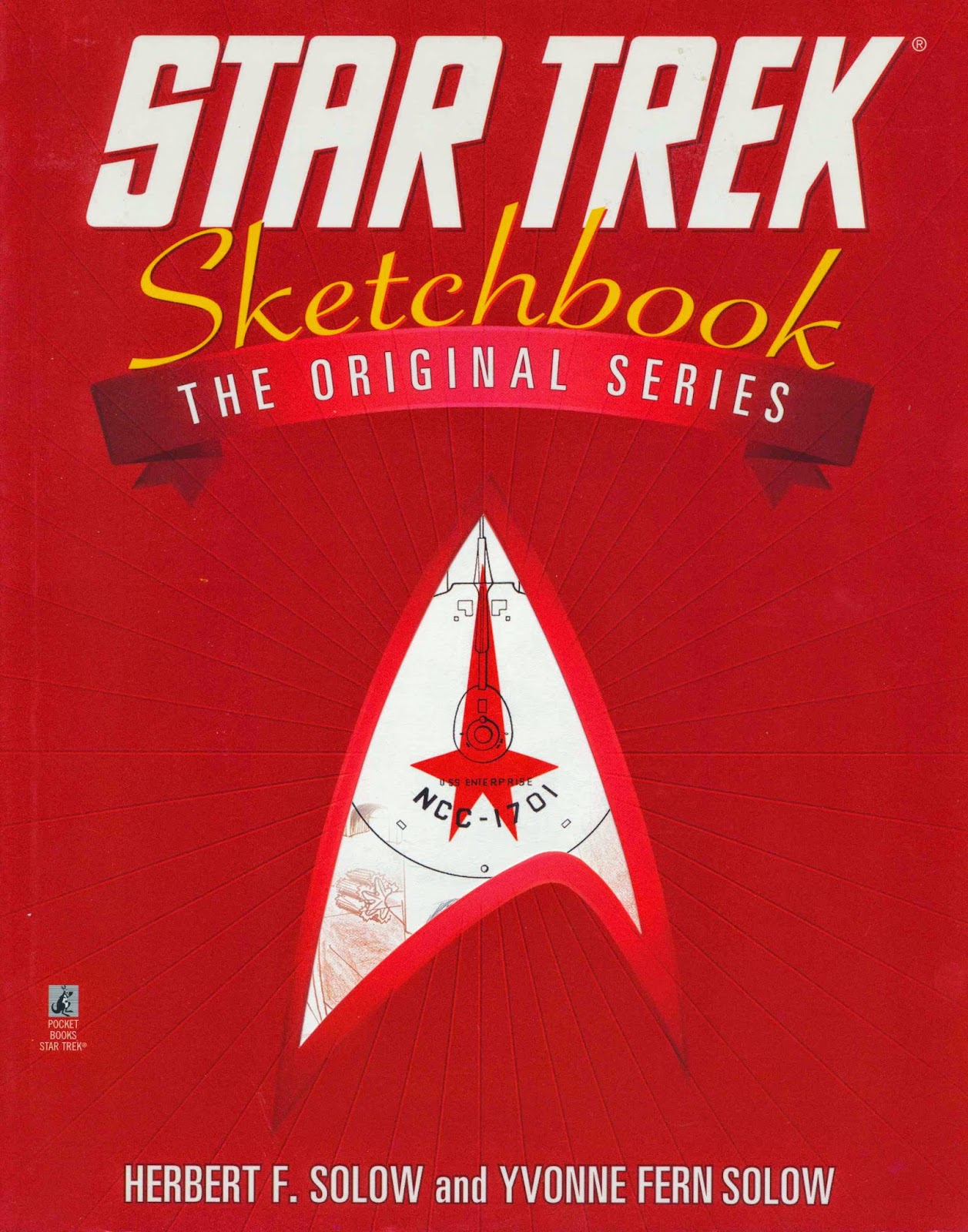 Leading the Way: Asian American Artists of the Older Generation
Irene Poon
Gordon College, 2002
pages 14 (profile), 15 (photograph), 65 (photographs of mask used in the film The King and I, and Star Trek communicator), and 96 (selected bibliography) 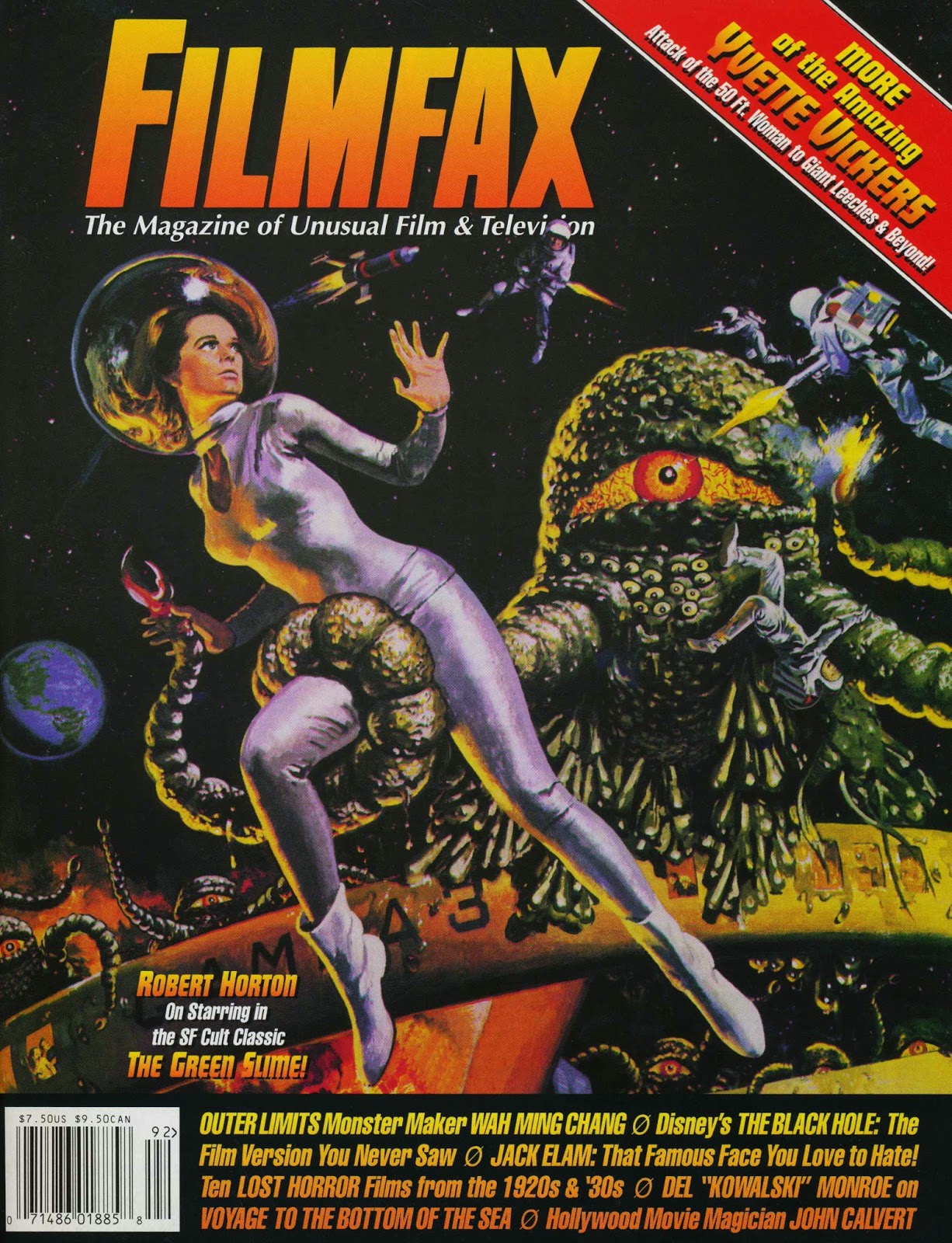 (Next post on Friday: Wah Ming Chang and Cleopatra)
Posted by Alex Jay at 8:00 AM No comments:

Tyrus Wong and Wah Ming Chang: Two Behind the Scenes 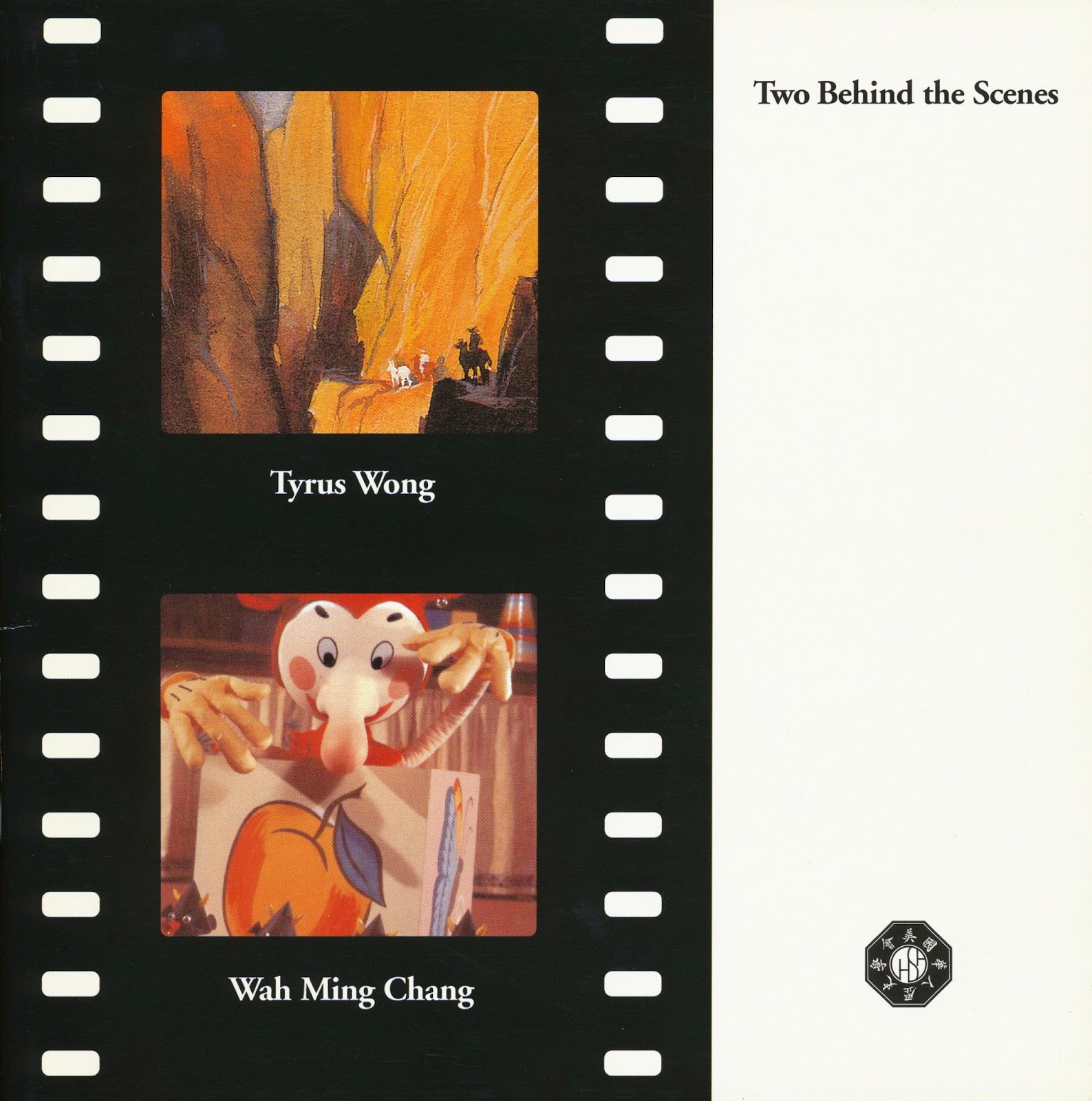 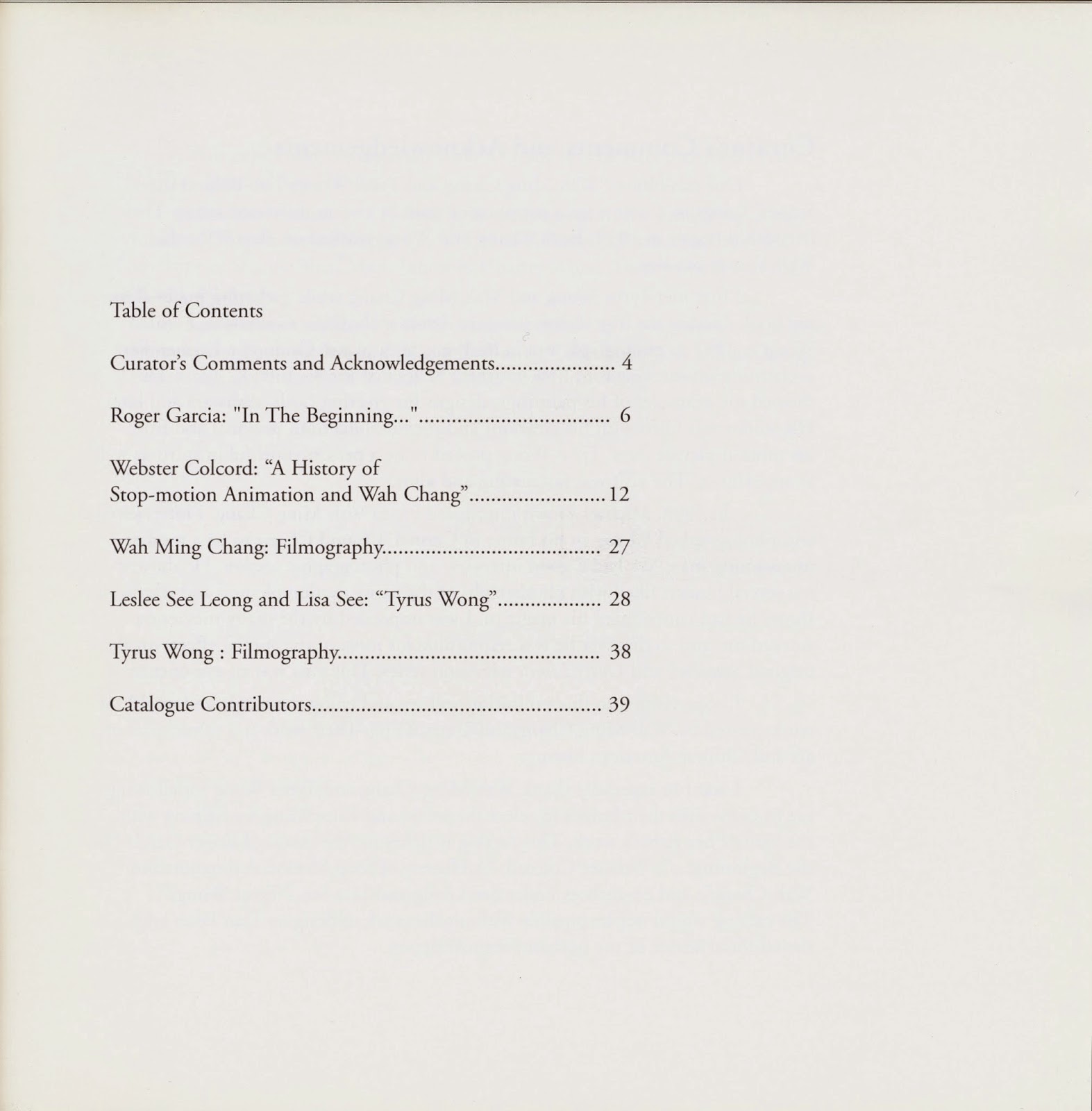 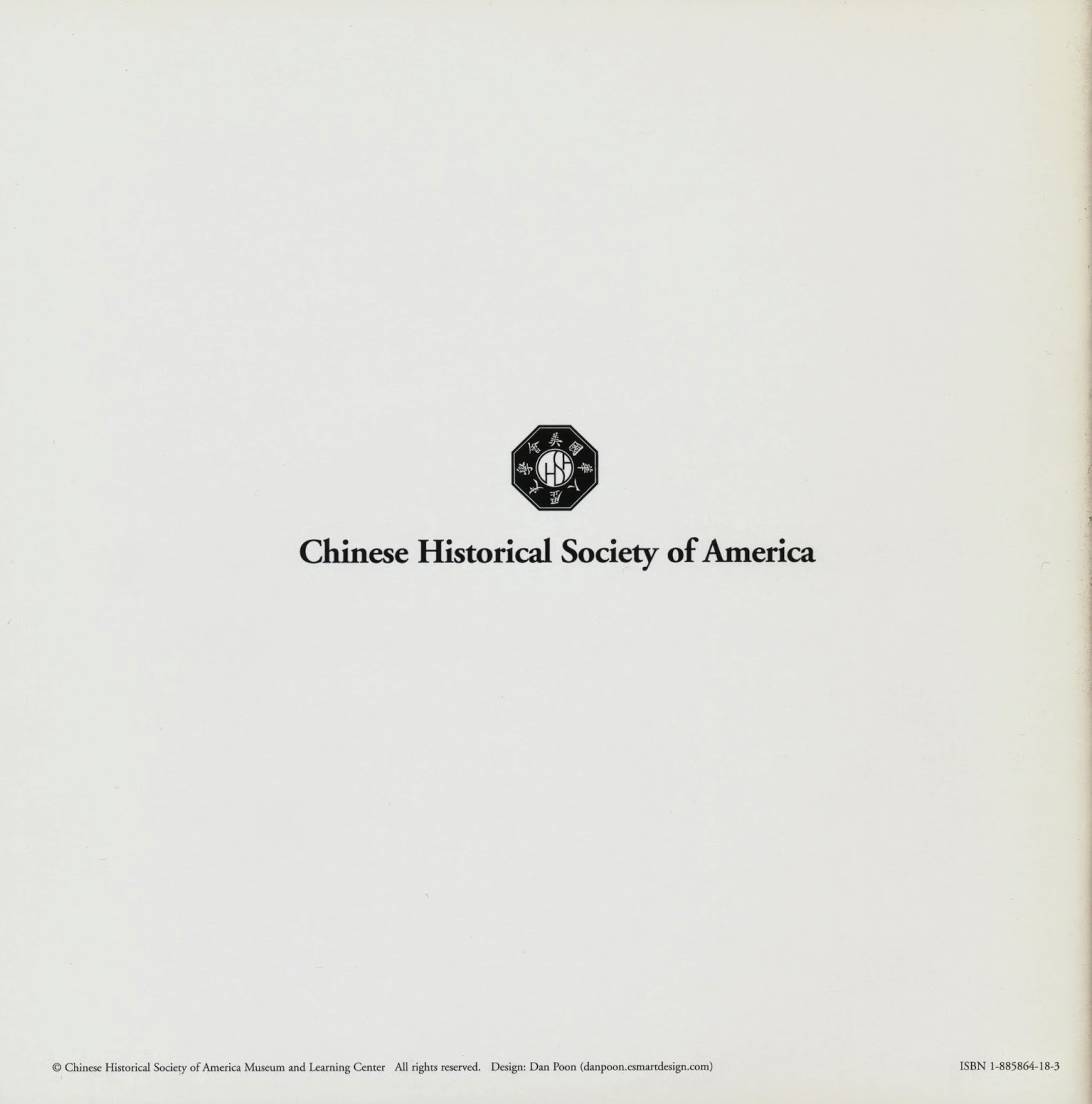