Yun Gee and the Tri-King Checker and Chess Board 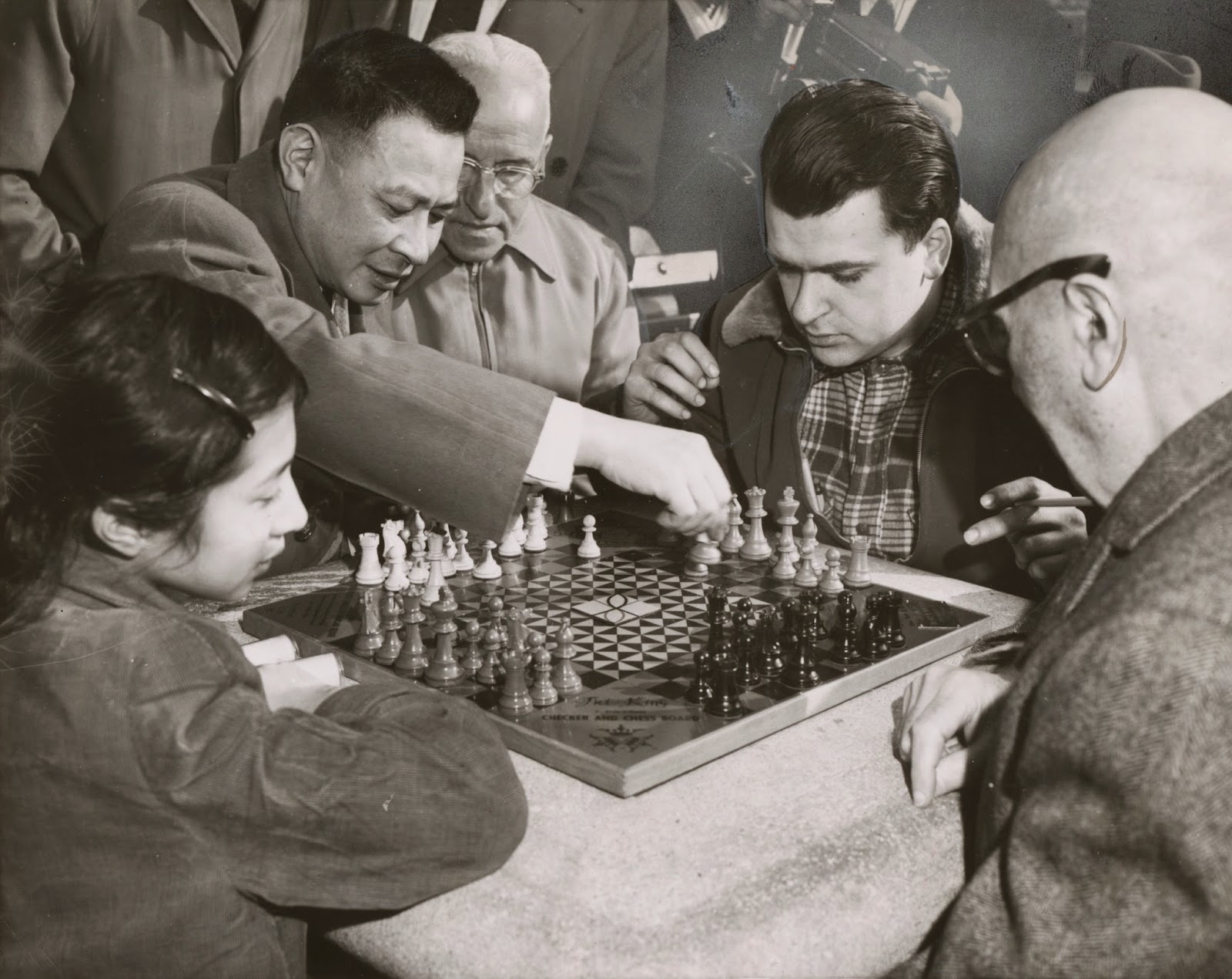 “Four-man chess”
March 12, 1954
United Press photograph caption: Preparing to move, Yun Gee, internationally known artist and inventor, demonstrates his new chess game which allows four people to play. Called “Fourth Dimensional,” the game is played on a board which allows 2, 3, or 4 people to play either chess or checkers. in effect, the board is two checker boards cut in half and separated by an open area permitting diagonal and cross moves. All standard chess rules are used in playing the four-man game. The new chess and checker boards will be installed at Central Park and Sunset Park by the New York City Department of Parks. At Gee’s right is his daughter, Lilan, playing in the demonstration. 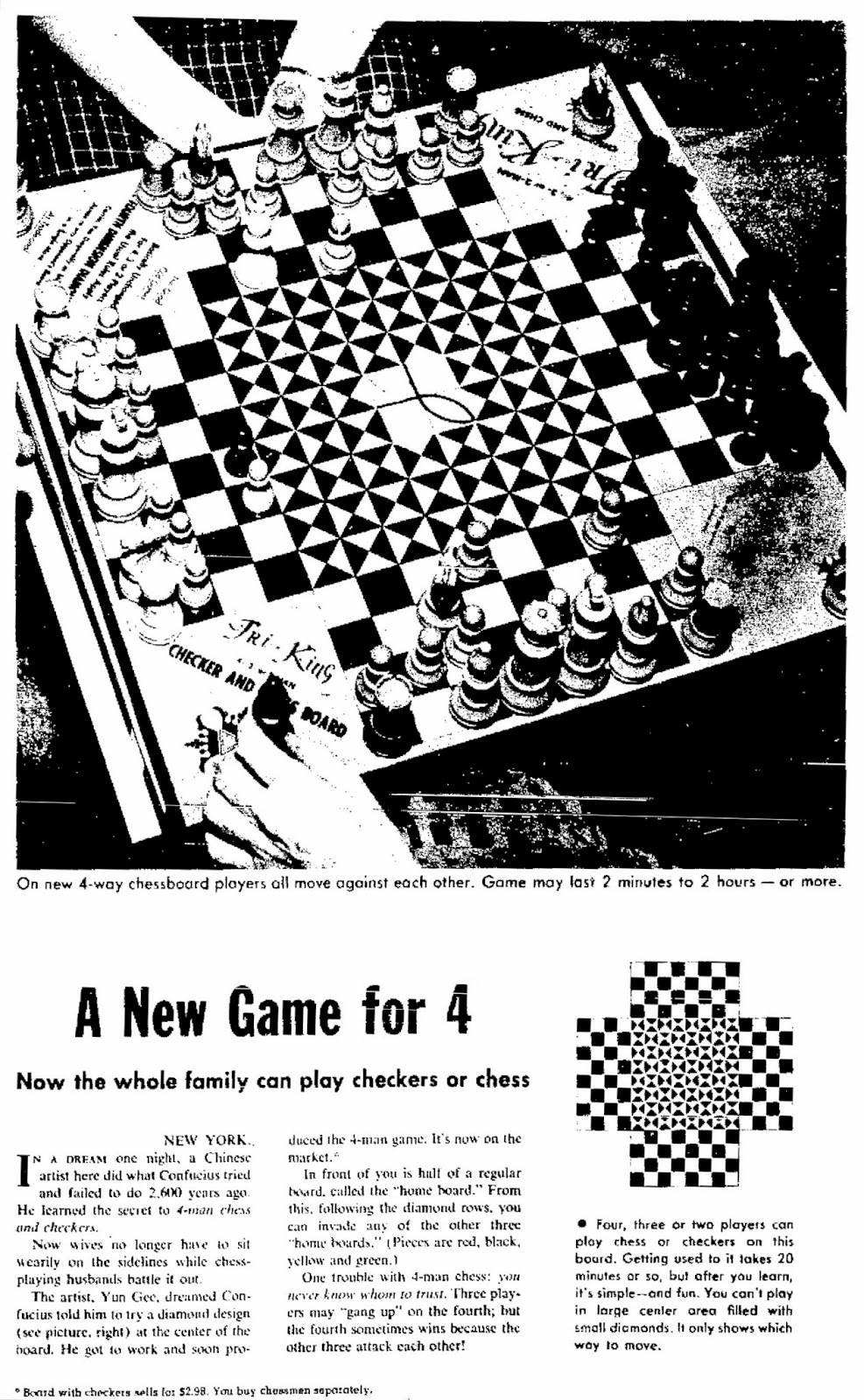 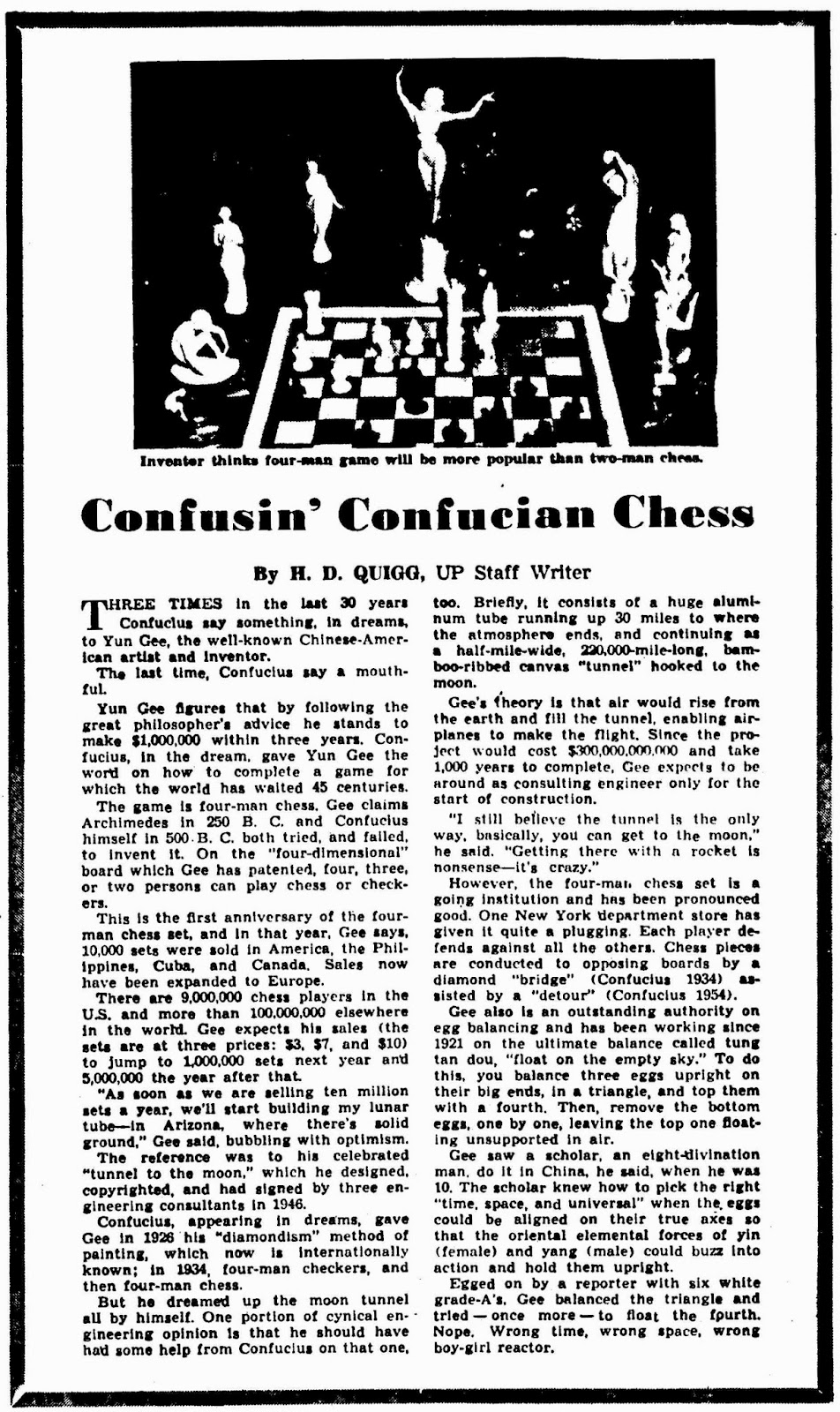 (Next post on Friday: Modern Art in Advertising)
Posted by Alex Jay at 8:00 AM