Hazel Jay was born in Honolulu, Hawaii, on July 1, 1916, according to a 1946 passenger list (below) at Ancestry.com. Her name has not been found in the U.S. Federal Census records. 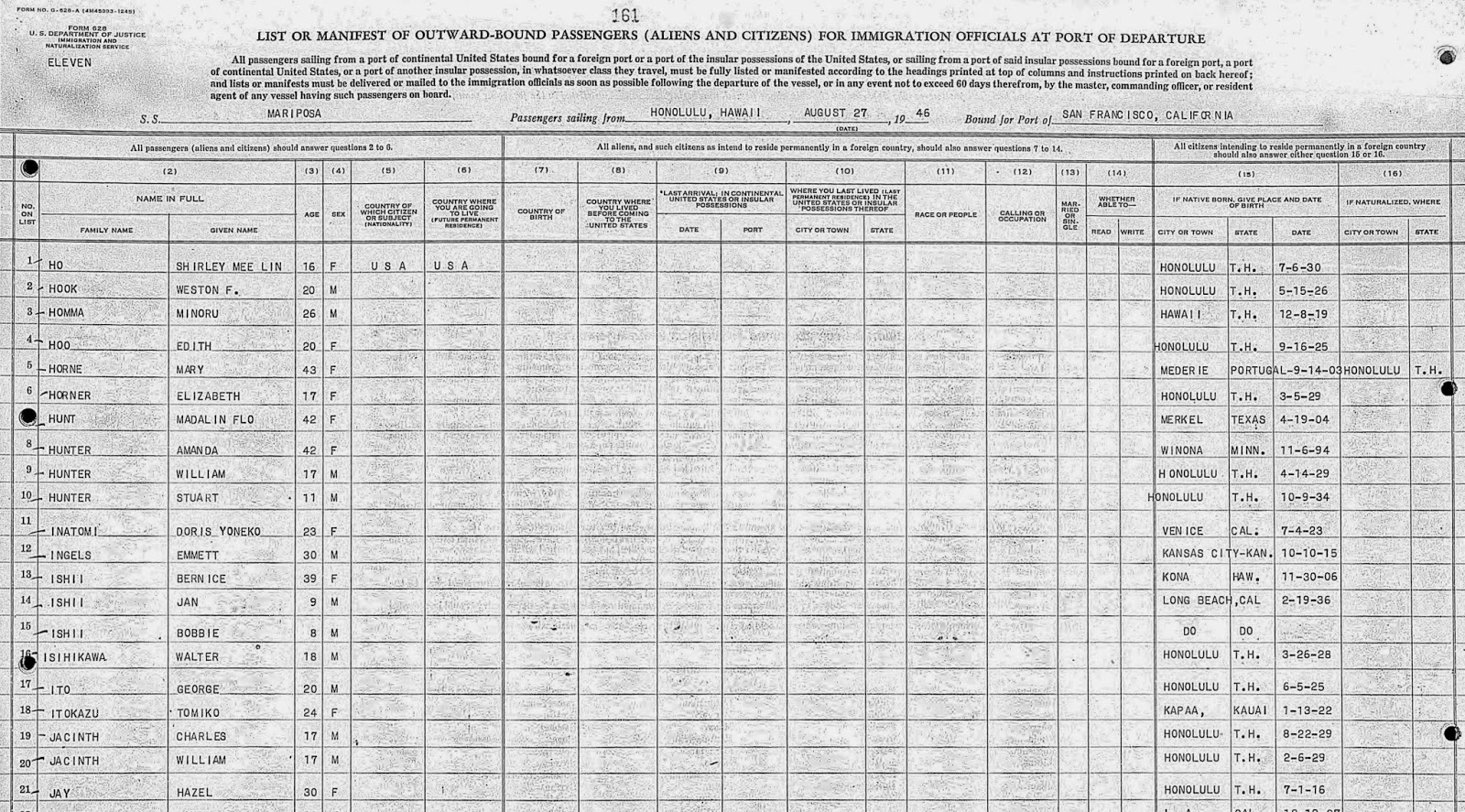 In the 1920 census, there was a Soon Sai Chung (line 17), the fourth of five children born to In Sui and Mary, both Korean immigrants. Soon Sai’s age was 3 years and five months. The census was enumerated in January, so Soon Sai’s birth was around July, the same month as Hazel’s.

Recorded on a 1940 passenger list (farther down) was the name, “Hazel Soon Sai Jay.” I believe Hazel had married one of the Jay brothers and adopted a Western name. In a 1957 gossip column, “New York Confidential”, Hazel was described as “a beautiful Korean pianist.”


1937 Honolulu City Directory
Hazel’s residence was 1203 Palama and she was employed at the Bergstrom Music Company. A career as a pianist was in her future. Alfred (Alf K), had the same address and worked at the Metronome Music Store. (According to his World War II enlistment record, he was an actor.) Amung, was listed between them. 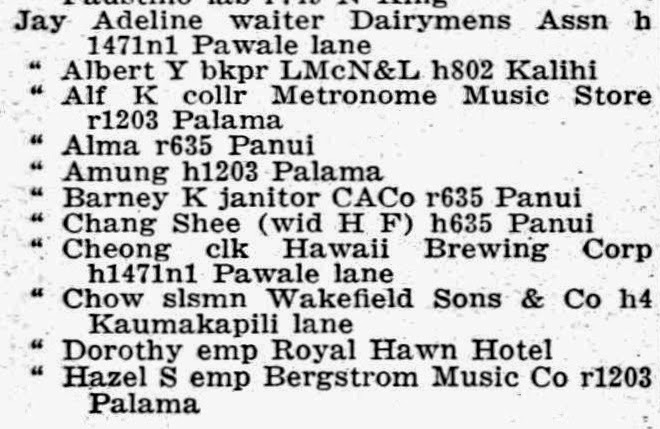 Hazel was a Bergstrom saleslady and her address remained the same. New to the listings were Aki; Lee Shee (Miss Lee), whose husband’s name was Chee; and William, a clerk at the Metronome Music Store. 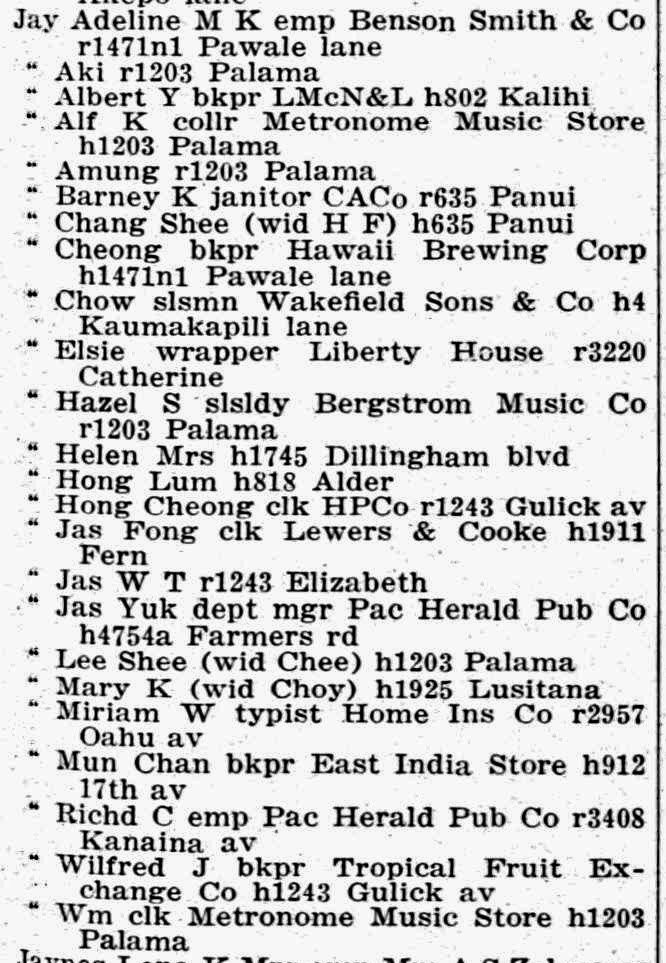 Hazel’s full name was recorded on the passenger list. She was bound for San Francisco. 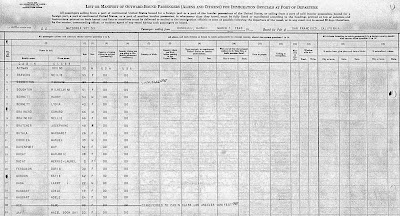 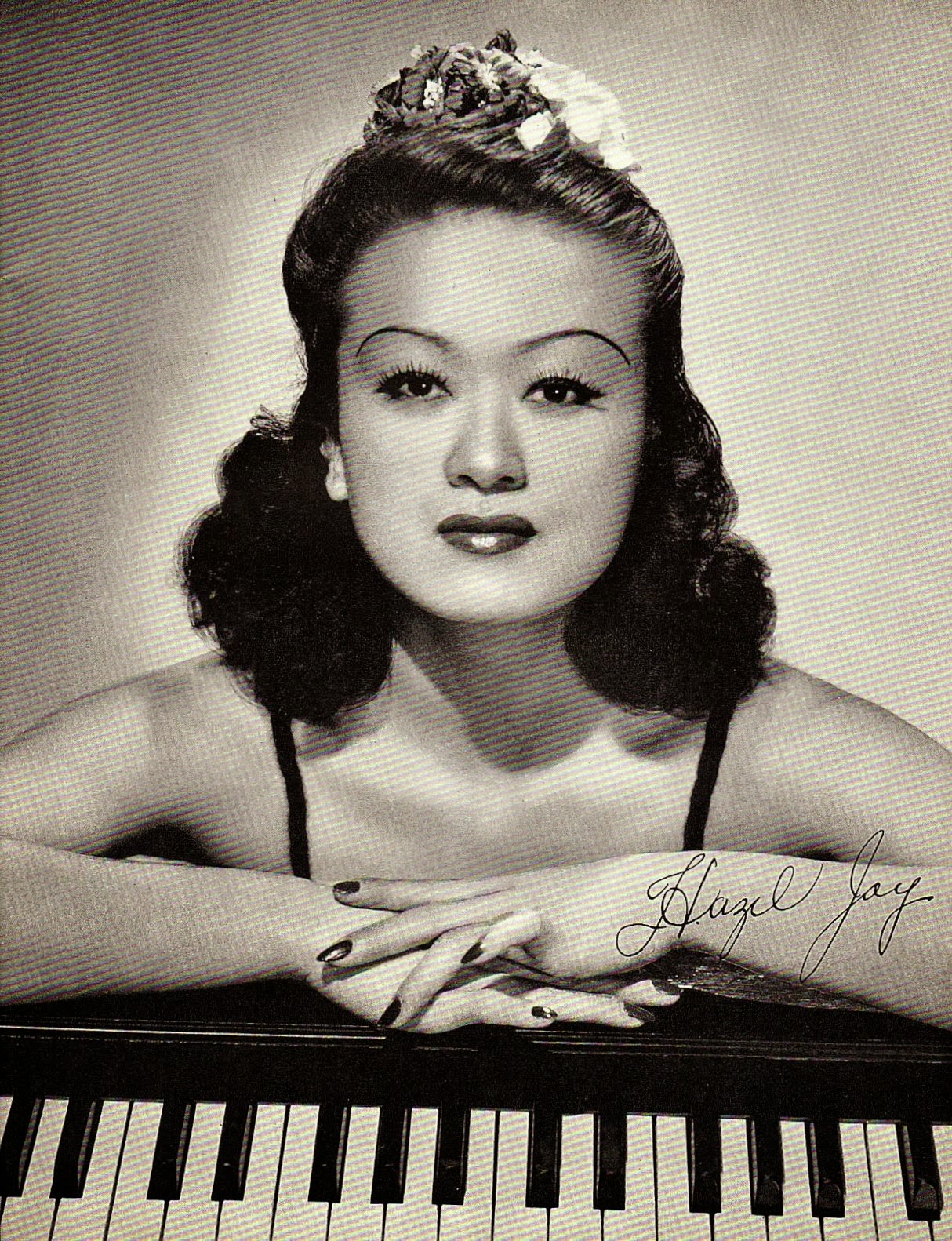 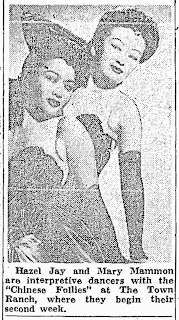 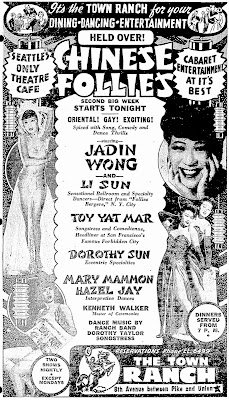 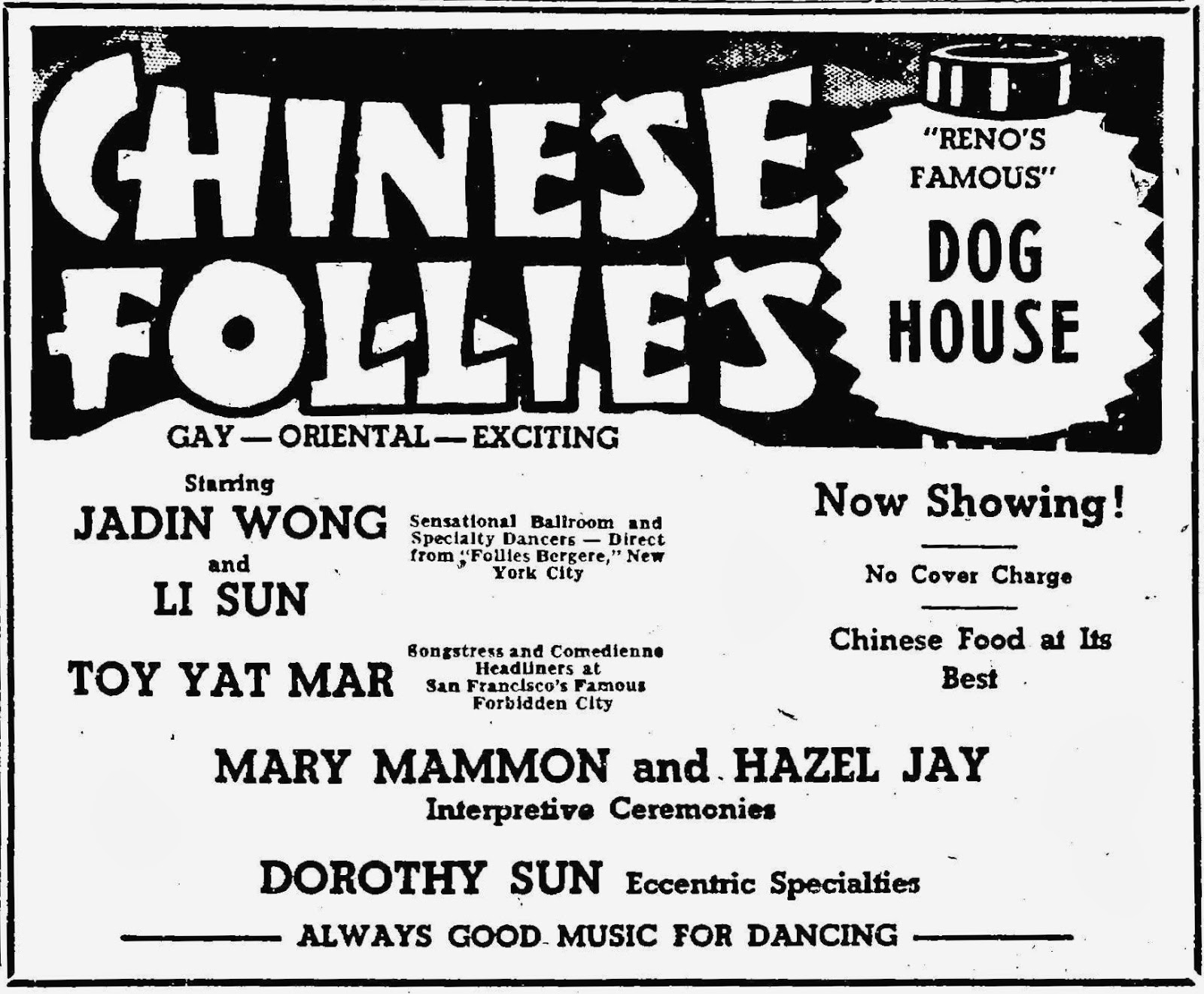 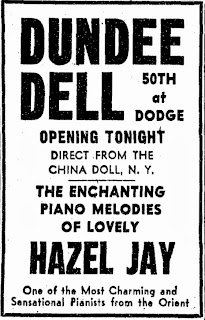 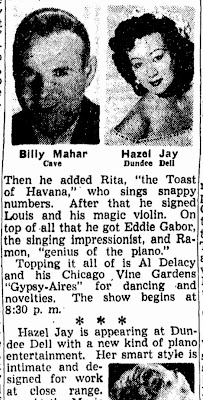 Two of the charms of the New China Bowl (152 West 44th) are named Gertrude Chin and Hazel Jay. Mrs. Chin’s husband is an aide to Gen. Chase on Chiang Kai-shek’s refuge, the island of Formosa. Both of these extremely good-looking gals are there to help you order your meal, and I must say their presence makes decisions not only easier but pleasanter....

International “Incident”—John Schlesinger, the South African billionaire, is due in New York next month. He’s a central figure in London’s current cause celebre in which Seignon, the Burmese model, is named as “intervener” (whatever that means). She hotly denies it. Last year when Schlesinger was here, he dated Hazel Jay, a beautiful Korean pianist (now a Hawaiian Room hostess), and Jadine Wong, the exotic Chinese dancer and movie actress… 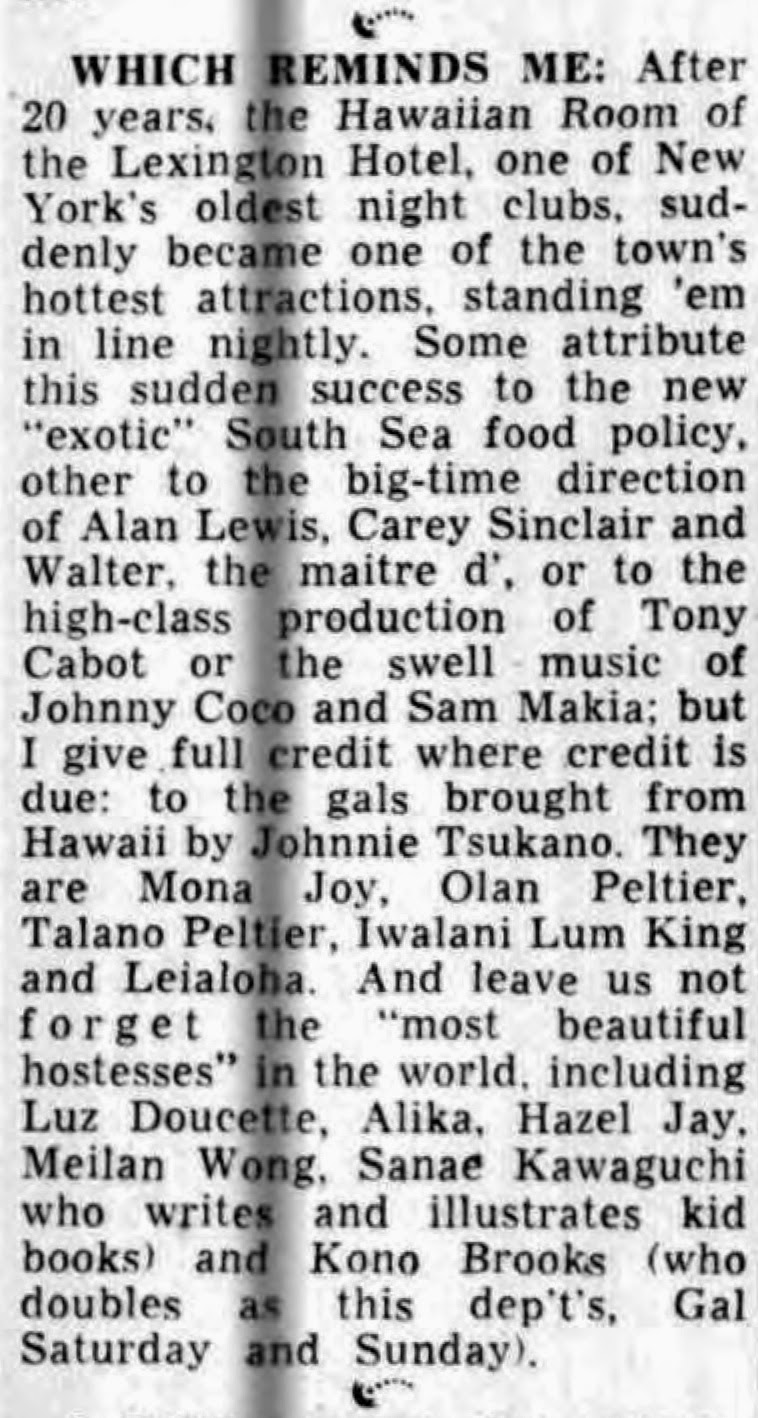 ...Did I note that Hazel Jay, the chief hostess at the Lexington Hotel Hawaiian Room is one of the prettiest girls alive? (She's a former concert pianist.)...

At some point, Hazel retired to Florida. A public record at Ancestry.com had this address, 6190 Woodlands Blvd. in Tamarac. She passed away April 26, 1986, according to the Florida Death Index at Ancestry.com.

Images of the Hawaiian Room and dancers can be viewed at Hawaii Aloha, Honolulu Magazine and the Tiki Room.

Although this blog is devoted to artists of Chinese descent, Hazel was included because, at the time, entertainers of Japanese, Korean, and Filipino descent were passed off as Chinese, and there was very little information about her.