Jim Lee was born on November 24, 1914, in Chikhan, Kaiping, China. Lee’s birth date is from the Social Security Death Index and birthplace in his book, Jim Lee’s Chinese Cookbook.
The 1930 U.S. Federal Census said Lee was the oldest of seven children (five boys and two girls) born to Gow S. Lee and “Quony Lee”. Lee’s father, a laundryman, was born in Idaho. According to the census, Lee, his mother and two brothers emigrated to the U.S. in 1924. The Lee family resided in Detroit, Michigan at 3711 Second Blvd.
Lee studied art at Cass Technical High School and graduated in 1933. 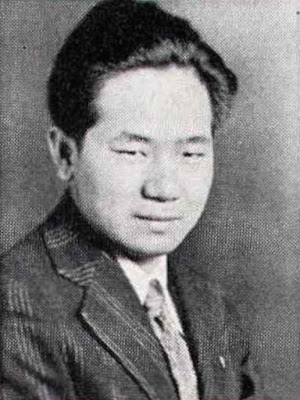 The Triangle 1933 Yearbook
In 1933 Lee won a Scholastic magazine award, third prize for jewelry.
Who Was Who in American Art (1985) said Lee studied at the Arts and Crafts School in Detroit and was a member of the Scarab Club.
American Art Annual, Volume 32 (1935) reported the annual exhibition of work by Michigan artists at the Detroit Institute of Arts. The Walter Piper figure prize of fifty dollars was awarded to Lee.
The Bulletin of the Detroit Institute of Arts, February 1936, said the Walter Piper Prize went to Jim Lee for his painting Sleeping Girl.
The American Year Book (1937) had this entry:

Art Digest, December 1, 1938, said Lee won the Walter Piper Prize again for his painting Two Sisters.
According to Who Was Who, Lee exhibited at Detroit Institute of Arts, 1935 and 1938; Kansas City Art Institute; Toledo Museum of Art; Art Institute of Chicago, 1938; Pennsylvania Academy of the Fine Arts, 1938 and 1939.
The 1940 census recorded the Lee family of eight in Detroit at 1836 Sycamore Street. Lee was an artist working on a WPA art project. He had completed four years of high school and never attended college.
Sometime after the census Lee moved to New York City where he worked as an artist and freelance and commercial artist. For the book, Christian Voices in China (1948), Lee designed the cover and interior illustrations. 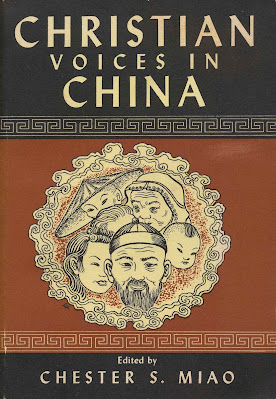 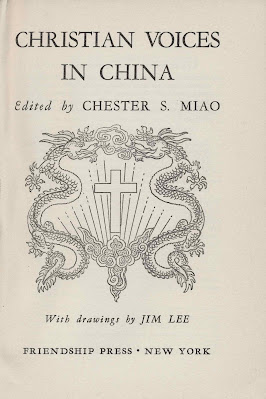 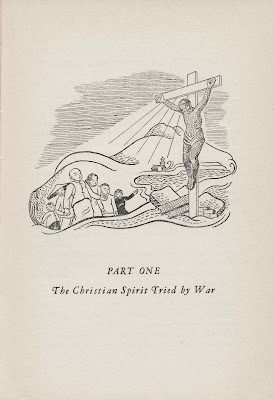 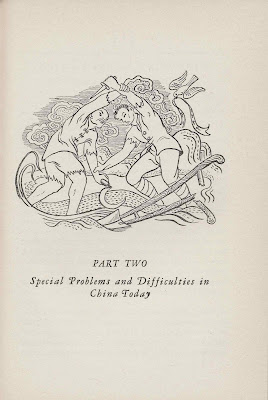 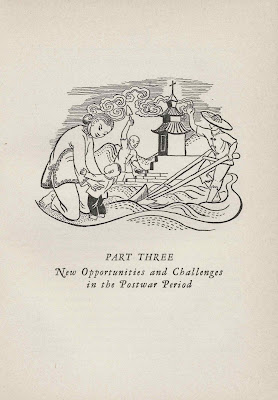 On November 10, 1942, artist Lee and commercial artist Isabella Brownlie obtained a marriage license in Brooklyn. They were rooming at the St. George Hotel in Brooklyn. Two days later they were married at the Municipal Building in Manhattan.
At some point the couple moved from Brooklyn to Manhattan. The New York Times, May 11, 1965, told the story of the Lees building a new home in a former matzo factory on Pitt Street in the Lower East Side. (The 1957 Manhattan city directory listed Lee’s address as 65 Pitt Street.) The Lees, Edward Lawrence, a school teacher, and his wife bought the three-story building for nine-thousand dollars in 1953. They did all the renovations and finished in early 1960. The Lees lived on the top floor and the Lawrences below them. The first floor and basement were shared spaces. (In 1945 Lawrence and Elizabeth Burger, both Detroit natives, married in New York City. He passed away in 2005.)
In 1960 Lee became a New York City public school teacher. Craig Claiborne, in The New York Times, July 22, 1965, said Lee taught at Junior High School 65. Lee’s wife would teach at New York University. Both of them were ceramicists. Also, Lee was a portrait painter and muralist. Claiborne’s article described Lee’s house and kitchen. He explained how Lee started cooking and featured three of Lee’s recipes: puffed shrimp, foh opp (Chinese roast duck) and bok sui ngui (poached sea bass, Chinese style). 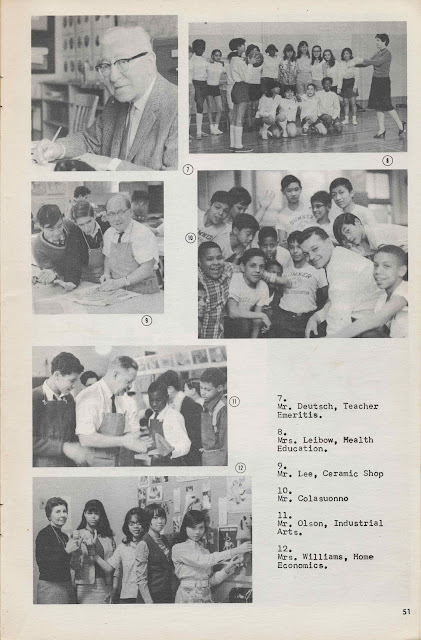 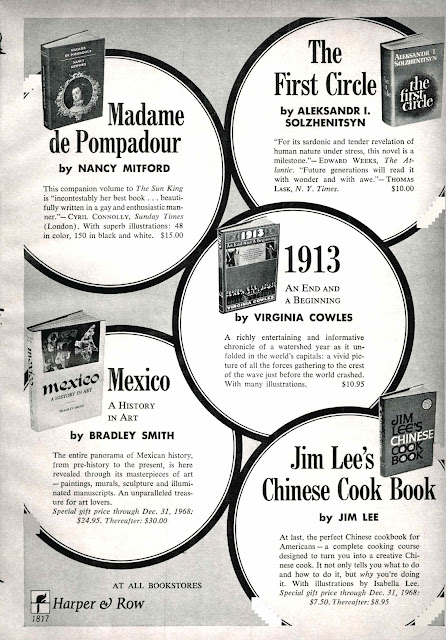 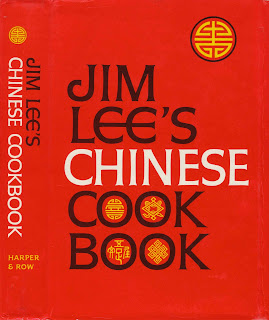 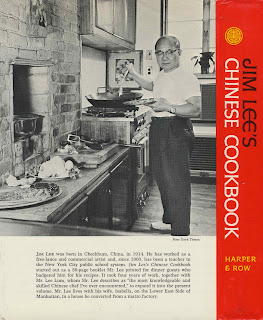 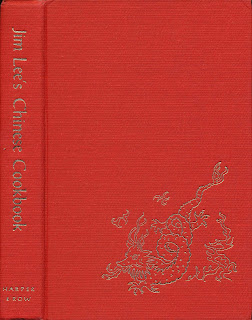 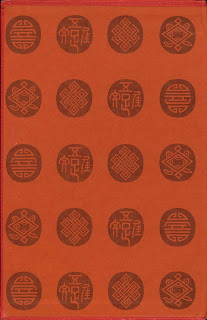 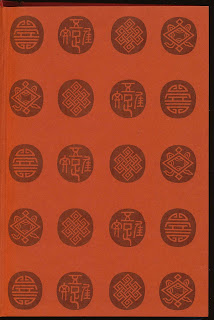 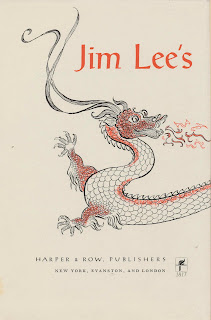 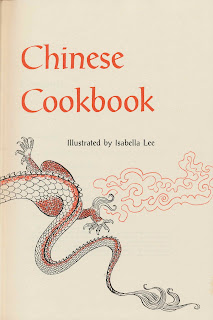 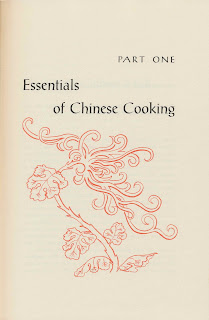 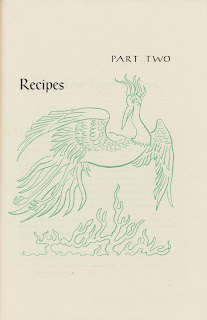 Lee and his book were mentioned in the Chinese-American Times, January 1, 1969, on page four, column one. Lee was invited to speak about and teach Chinese cooking.

Herald Statesman (Yonkers,
New York),September 30, 1974
The New York Times, September 6, 1975, said Lee was one of five cooking instructors at the China Institute in America.
The New York University Education Quarterly, Winter 1976, published Lee’s article “When the Sojourner Remains”.
Lee passed away on May 30, 1994, in New York, New York.
(Next post on Friday: The Bulletin, July 1967, Charles Sumner Junior High School aka Junior High School 65)
Posted by Alex Jay at 8:00 AM