Loui Ghuey was born in December 1861, in China, according to the 1900 U.S. Federal Census. He immigrated to the United States in 1880. Why he settled in Arizona is not known. His name appeared almost 500 times (mainly advertising) in newspapers. Most of the time his name was published as Loui Ghuey. Alternate spellings were Louie Ghuey and Loui Guey.
The first issue of The Argus (Holbrook, Arizona), December 12, 1895, included an advertisement for his business. 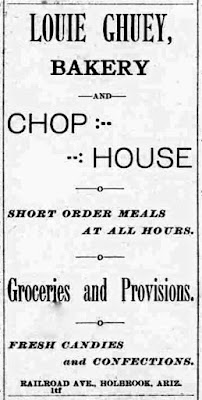 Loui Ghuey will soon be located on the best business corner in Holbrook, having purchased the corner lot on the south side of Railroad avenue, next to the postoffice, from F. M. Zuck; he has already broke ground for a building 25x30 feet. The structure is to be of stone and abobe.

Loui Ghuey, the versatile Celestial, has planted a row of cottonwoods about his corner store, he has also parted with his pig-tail, and is going in for American progress with a vengeance, but somehow all this progress savors of Bret Harte’s Artless Chinese.

Loui’s photography project for The Argus was mentioned May 1, 1897.

Snowflake, April 28, 1897.
... C. O. Anderson was here the latter part of last week accompanied by the Chinese photographer, Loui Ghuey of Holbrook, taking pictures of houses, reservoirs, towns, etc. for use in illustrating the extra edition of the Argus. They went to the Mill (Shumway) and took a view Friday. Saturday Mr. Anderson and George Wooster took a few views of prominent places. We hope everything will work to the interest of the special edition of the paper.

Loui Ghuey, the Holbrook restaurant keeper, sign painter and photographer, is an Americanized celestial. His photograph work is second to none we have seen outside of the large cities. He does quite a big business in this specialty.

The Argus, June 19, 1897, published a special edition filled with profiles and photographs of prominent residents, businessmen and cities. About Loui the paper said

Loui Ghuey is a quick, bright, progressive Chinaman, who has been a resident of Holbrook several years. He conducts a restaurant and photograph gallery, and owns the only brick business in town.
The engravings in this edition of the residence of J. E. DeRosear, A. C. M. L store, Holbrook, O. D. Flake’s residence, Snowflake, Snowflake House, Snowflake reservoir, Winslow school house, town of Winslow, residences of L. H. Hatch and J. E. Richards, and the Holbrook street scene, also the portraits of Judge Jackson, Hamilton & Egger, J. C. Houck and George, Bryan are from “photos” taken by Loui Ghuey. 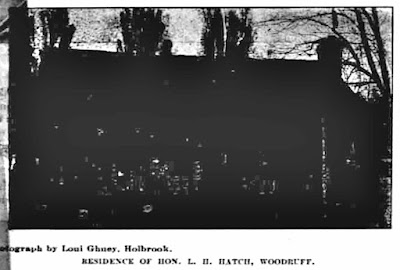 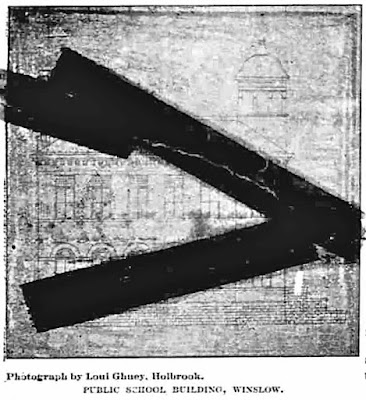 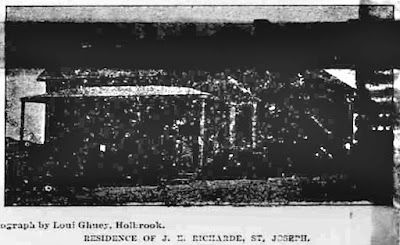 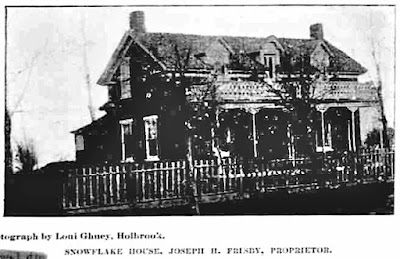 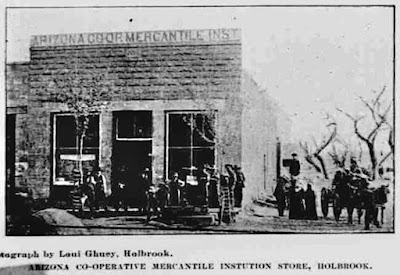 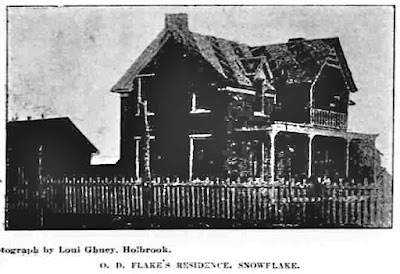 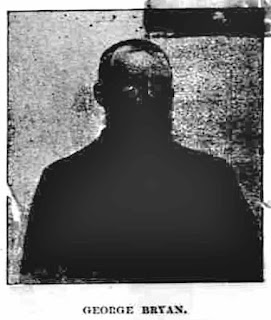 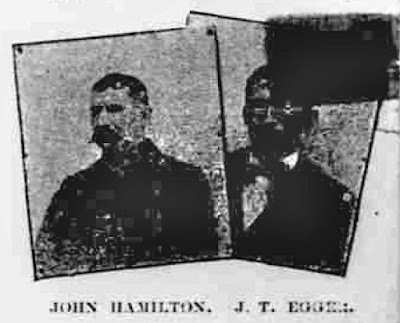 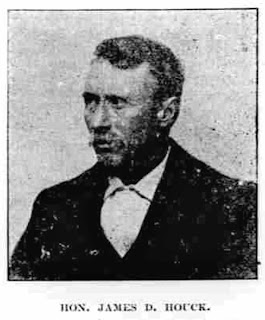 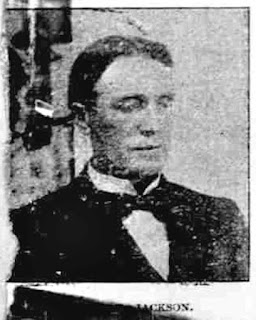 Loui provided photography service to other towns. The Argus, April 22, 1899, said “Loui Guey took his photographic outfit with him and went to Snowflake Wednesday, where he will remain about a week, taking pictures.” The Argus, September 2, 1899, added “Pinetop, Aug. 30, 1899. … Loui Ghuey, the Holbrook photographer, is in town taking pictures. He is doing some good work.” 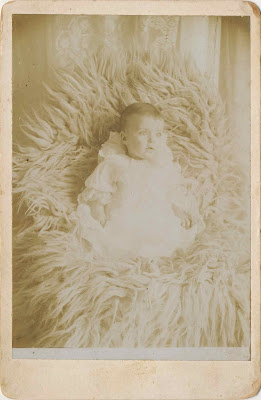 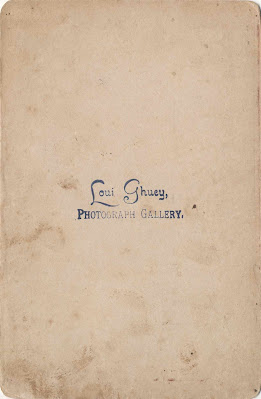 Location and date unknown
According to the Winslow Mail, August 31, 1907, Loui was going to marry.

Louie Ghuey, the Chinese merchant, left last Wednesday morning for Los Angles and San Francisco. He will be away about two weeks and will bring with him a wife. The girl comes all the way from China to marry Louie in San Francisco.

The happiest man in Holbrook is Louie Ghuey. He left a few days ago without telling anyone of his destination nor the nature of his business. Sunday morning he returned accompanied by as pretty a bride as one would wish to see. On being questioned he said he had married in Santa Fe two days before. The Argus congratulates Louie on his good fortune.

The Holbrook Argus, August 4, 1908, said “The wife and sister-in-law of Louie Ghuey returned from New Mexico during the week and Louie is now happy accordingly.”
Just before Christmas Louis purchased a piano for his home.
The Holbrook Argus, May 4, 1909, noted Loui’s growing family.

Mr. Louie Ghuey has been busy of late getting his home in repair for the reception of his wife and little daughter who are expected home from New Mexico in a day or two.

Loui’s health was reported in the Holbrook News, February 11, 1910.

Loui Ghuey has been very sick for the last week but is reported by Dr. Brown, to be much improved. Loui had many friends inquiring after his condition while so ill. It is hoped that next week we can tell his many friends of his recovery.

Dr. C. L. Hathaway, of Winslow, was here Friday evening to see Loui Ghuey, who is still in a serious condition.
Charley Gann and Loui Show, both well known here, have taken charge of Loui Ghuey’s store during his illness.

Louie Ghuey Dead.
Another Good Man Removed from Holbrook.
Louie Ghuey died at Albuquerque, N. M. last Monday the 14th after he had been operated upon for appendicites [sic]. Mr. Ghuey had been sick for a numbers of weeks and had been treated by Dr. D. C. Brown of our town who told him he was suffering with appendicites. Louie would not beieve it and continue to take such treatment as he thought he needed regardless of what Dr. Brown wished or prescribed. Dr. Brown together with Ghuey’s friends tried to persuade him to go and have the operation performed at once but Ghuey always refused. At last the time came to Ghuey that he had better go to the hospital at Albuquerque and have the operation performed. When he got there he was in such a shape that the shock of the operation together with the poison that had been absorbed into his system caused his death. In fact the Drs. said the disease had run on so long there was no show tor Louie to recover. The body was brought back here for burial and was on Wednesday buried in the Holbrook cemetery. Louie Ghuey was forty seven years old at the time of his death and had lived in Holbrook, eighteen years. He was born in China and came to America when he was nineteen years old and has lived in Holbrook ever since. He first engaged in restaurant business. In 1896 he build the first brick store building in our town which he rented for some time when he put in a stock of goods and engaged in business on his own account. He was enterprising and ever in the van for public improvments [sic]. Not long before his death he commenced the erection of a large business house constructed of cement blocks the wall of which were nearly completed when he died. His accounts were always paid promptly which gave him a high standing among his business associates. A large number of friends attended to the last sad rites due from one man to another and followed him to the grave. He leaves a wife and one child.

The same issue published a legal notice on his estate in probate court.
The 1910 census was enumerated in April, about a month after Loui’s death. Loui’s seventeen-year-old wife, Bessie, and eleven-month-old daughter, May, were born in New Mexico and resided in Holbrook. Bessie’s father was born in Spain and her mother in New Mexico. Bessie was mentioned in the newspapers in connection with her husband’s estate as it went through probate.
The Holbrook News, August 26, 1910, said “Mrs. Loui Ghuey has returned to Holbrook, after a months visit with her mother at Santa Fe, New Mexico.” Loui’s house was put for sale according to the Holbrook News, April 28, 1916. What became of his family is not known.
Further Viewing
The Hash Knife Brand
Jim Bob Tinsley
University Press of Florida, 1993
Loui Ghuey photograph of Frank J. Wattron, first sheriff of Navajo County, Arizona Territory
RootsWeb Photographs
(Next post on Friday: Lai Yong, Portrait Painter and Photographer)
Posted by Alex Jay at 8:00 AM