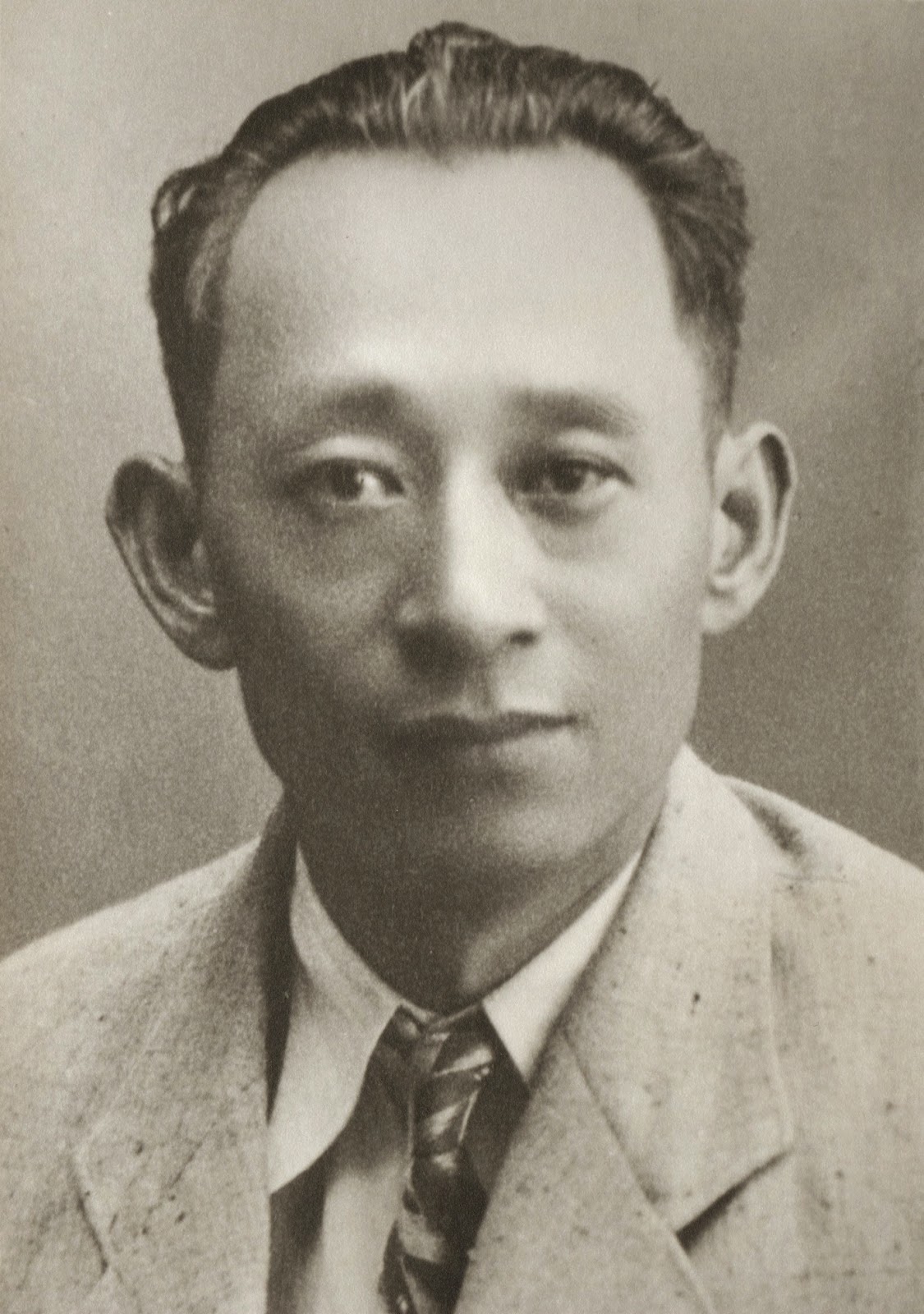 
Eighty years ago this month, Yook Yee Wong was killed during the bombing of Baoshan in May 1942. Below are two accounts of his death.
廖寿柏(1911 年出生，培正中学退休老师，抗战前负责学校总务，1953 年后任 地理老师)
口述日期:2015 年 2 月 26 日、4 月 16 日(两次综合)
口述地点:廖寿柏家中
采访及文字整理:新快报记者 莫冠婷 实习生 张文慧 注:红字标注的时间是查资料所得，因廖寿柏记不起日期。其他时间均是他口述。
(日期参考:http://www.cssn.cn/lsx/lskj/201407/t20140713_1251415.shtml) [dead link]
1937 年 8 月末，日军轰炸广州，我当时在培正中学当老师，负责总务。那 时候刚开学，学生看见轰炸都不敢报到，所以培正中学就搬去了鹤山。我后来也 就调去了香港。但因为香港又没有亲人在，别人就介绍我去飞机厂工作。1939 年，我就去了云南缅甸交界的中央雷允飞机制造厂，在会计室做闲职，管理飞机 厂医院的日常开支，以及清点飞机厂合作社的物资。
我去了那边没有多久，黄玉瑜就来了，当时我不认识他。后来知道，黄玉瑜 是台山人，我也是台山人。他是搞工程的弄设计的，主要就是管理厂的建筑。我 记得他去买竹，用竹子就搭起了一座电影院，好像一个礼堂一样，但没有顶遮盖 的，用来每个星期放电影。我住的宿舍窗口就对着他，他每晚都煲咖啡，都叫我 去喝一杯，顺便聊天。我和他说喝咖啡晚上睡不着的，他说不是喝很多不怕。后 来，我就每晚都去他那边喝咖啡，聊天。
当时飞机厂的宿舍是张鸿设计，他是广东恩平人。
1942 年，日本军队打入缅甸，我所在的飞机厂希望搬迁，就派了黄玉瑜去 保山找地盘去侦察，重新建设。他比我早十几天去的，我就委托个司机帮我将行 李送去给黄玉瑜那边。后来，我们就去了保山和黄玉瑜旅馆那边住，黄玉瑜当时 就和我们说没什么地方住一齐只能睡地板，我们说也没什么所谓，就和另一个同 事陈兆强一起住在他旅馆房间。第二天早上，有个广州人就找了间房子，那间房 子新建成的，两层楼，我们就租了，搬了进去。黄玉瑜看见我们去了，他就跟着 我们去住，那就不用睡旅馆。有个姓黄的会计也一起搬了来睡地板。
1942 年 5 月 4 日，我、陈兆强早上就去吃早餐，黄玉瑜没有去。后来，我 回到房子里，黄玉瑜就叫我一起去吃午餐，我说我刚吃饱，就不出去了。黄玉瑜 就和黄会计一齐出去。我就在房里继续睡觉。到中午时，就听到飞机的声响，我 们赶紧跑下楼，分别跑到不同的巷子，我们趴在地上，看到那些炸弹就一轮轮地 放。后来我们就跳进了一个山坟里面躲避。到了四点钟左右，我就看见黄玉瑜被 人用帆布床送去医疗营。我们厂就立即下命令连夜撤走，搬去了离保山几公里的 一个村。我们的厂临时办事处就找了几间屋子，安排职工暂住。
我和陈兆强就睡在农村的石路上，原来旁边都是死尸，一阵恶臭，我们不睡 了，坐在那边等消息，后来看见很多乡民紧张地离开。刚好，有个英国人的红十 字会车队经过，司机是广东人，我就问他情况，他说日本人已经烧到功果桥。我 们趁洋人队长一走开，就钻进了货车的帐篷里面，准备跟车离开。到第二天早上 7 点，我们的车也未离开保山。
第二日早上 8 点左右，日本军队又再一次轰炸，当时我们全部人都来不及逃 命撤离，剩下黄玉瑜在医疗营那里，没有人抬他离开，黄玉瑜就在那时候牺牲了。
Liao Shoubai (born in 1911, retired teacher of Peizheng Middle School, in charge of the general affairs of the school before the Anti-Japanese War, and a geography teacher after 1953)
Oral Dates: 26 February, 16 April 2015 (two rounds)
Oral location: Liao Shoubai's home
Interview and text arrangement: New Express reporter Mo Guanting Intern Zhang Wenhui Note: The time marked in red is obtained from the data search, because Liao Shoubai cannot remember the date. The rest of the time is his dictation.
(Date reference: http://www.cssn.cn/lsx/lskj/201407/t20140713_1251415.shtml) [dead link]
At the end of August 1937, when the Japanese bombed Guangzhou, I was a teacher at Peizheng Middle School and was in charge of general affairs. At the beginning of the school year, the students did not dare to report to see the bombing, so Peizheng Middle School moved to Heshan. I later moved to Hong Kong. But because I don't have any relatives in Hong Kong, I was introduced to work in an aircraft factory. In 1939, I went to the Central Leiyun Aircraft Factory on the border of Yunnan and Burma, where I took a spare job in the accounting office, managed the daily expenses of the aircraft factory hospital, and counted the materials of the aircraft factory cooperative.
Not long after I went there, Huang Yuyu came. I didn't know him at the time. Later I learned that Huang Yuyu was from Taishan, and I was also from Taishan. He was engaged in engineering design, mainly to manage the building of the factory. I remember he went to buy bamboo and built a movie theater out of bamboo, like an auditorium, but without a roof, to show movies every week. The window of the dormitory where I lived was facing him. He made coffee every night and asked me to have a drink and chat by the way. I told him that I couldn't sleep at night when I drink coffee, and he said I'm not afraid of drinking a lot. After that, I went to his place every night to have coffee and chat.
At that time, the dormitory of the aircraft factory was designed by Zhang Hong, a native of Enping, Guangdong.
In 1942, the Japanese army invaded Burma, and the aircraft factory I was in wanted to relocate, so I sent Huang Yuyu to Baoshan to find a site for reconnaissance and rebuilding. He went ten days earlier than me, so I asked a driver to help me deliver my luggage to Huang Yuyu. Later, we went to stay at Baoshan and Huang Yuyu Hotel. Huang Yuyu told us at the time that there was no place to live together and could only sleep on the floor. The next morning, a man from Guangzhou found a house. The house was newly built with two floors. We rented it and moved in. When Huang Yuyu saw us go, he stayed with us, so there was no need to sleep in a hotel. An accountant surnamed Huang also moved in to sleep on the floor.
On May 4, 1942, Chen Zhaoqiang and I went to have breakfast in the morning, but Huang Yuyu did not go. Later, when I returned to the house, Huang Yuyu asked me to have lunch with me. I said that I would not go out as soon as I was full. Huang Yuyu went out with Accountant Huang. I continued to sleep in my room. At noon, we heard the sound of the plane. We hurried downstairs and ran to different alleys. We lay on the ground and dropped the bombs one after another when we saw them. Then we jumped into a mountain tomb to escape. At about four o'clock, I saw Huang Yuyu being taken to the medical camp on a cot. Our factory immediately ordered to evacuate overnight and moved to a village a few kilometers away from Baoshan. Our factory temporary office found a few rooms and arranged for the employees to live temporarily.
Chen Zhaoqiang and I slept on the stone road in the countryside. It turned out that there were dead corpses next to us, and there was a stench. We stopped sleeping and sat there waiting for news. Later, we saw many villagers leave nervously. It just so happened that a British Red Cross convoy passed by, and the driver was from Cantonese. I asked him about the situation, and he said that the Japanese had already set fire to Gongguo Bridge. As soon as the foreign captain left, we got into the tent of the truck and prepared to leave with the truck. Our car did not leave Baoshan by 7am the next morning.
At about 8:00 the next morning, the Japanese army bombed again. At that time, we all had no time to escape, leaving Huang Yuyu in the medical camp. No one carried him away, and Huang Yuyu died at that time.
谭立威的博客
寻找黄玉瑜

Tan Liwei's Blog
Looking for Huang Yuyu
Let’s take a look at what Mr. Ye Zhaotan saw in the Air Force Hospital, “The hospital was also in a tragic situation. As soon as I entered the gate, I heard a scream for help from the yard, which was very miserable. It was dark and there was no electric light (exploding). After the power outage), I couldn't tell who it was, so I could only comfort them loudly and ask them to bear it for a while. When I walked into the house, there were many calls for help in the corridor. There were a few candles here, and people could be vaguely seen, so I went to visit Among the seriously injured people I saw and knew, I found that engineer Wang (Y.Y. Wang, Chinese American) who came to Baoshan with me was also among them. His arms were blown off and he was lying on a stretcher humming. Absolutely, there were several Guangdong colleagues guarding me. I was very sad, so I hurriedly leaned over to talk to him and comfort him. He was probably unable to speak due to excessive bleeding, but he could still hear a faint reply, which made me even more sad. Tears.” Here is a detail, guarding YY Wang’s side are several Guangdong colleagues. The employees in Leiyun Factory are mainly from Jiangsu, Zhejiang and Cantonese, and they are often grouped together by geographical relationship. From this detail, it can be inferred that the “Y.Y.Wang” of this American overseas Chinese is likely to be Cantonese.
Mr. Ye Zhaotan negotiated with the hospital at the hospital. After asking the medical staff to rescue the wounded in Leiyun Factory, he returned to the Baoshan Hotel at two or three midnight and reported the situation to Zeng Tong, the person in charge. The next day, on May 25, the There was a massive evacuation of the entire city of Baoshan. In the chaos of the army, Mr. Ye Zhaotan was ordered to contact the families of the employees of the Yunchang factory to evacuate the vehicles, so he was unable to go to the Air Force Hospital again. However, Mr. Ye clearly wrote in his memoirs what he had learned about the “Engineer Wang” later. “The engineer Wang mentioned above, it was later confirmed that he was in the ensuing evacuation of the entire city of Baoshan. At that time, he starved to death in the Air Force Hospital because he was not taken care of. It is very sad that a patriotic overseas Chinese who returned to China from thousands of miles away to fight against Japan should suffer such a calamity for no reason!”
Related Posts
Yook Yee Wong in Boston and at MIT
Y.Y. Wong and S. Howard Jee’s Entry in the Capital Plan for Nanjing, China
Y.Y. Wong’s Nanjing Drawings
Yook Yee Wong in the Journal of the Lingnan Engineering Association
Yook Yee Wong in Guangzhou (Canton), China
Yook Yee Wong and Sun Yat-sen University
Yook Yee Wong’s / Huang Yu-yu’s Daughters Visit China
Yook Yee Wong and the American Institute of Architects
Yook Yee Wong / Huang Yuyu (黄玉瑜) Exhibition
China Comes to MIT
Yook Yee Wong at Lingnan University
Wong Yook Yee  黄玉瑜
(Next post on Friday: Howard Low, Artist and Illustrator)