Digital Collections has nearly 13,000 images. I did a search for Divinity Library Photographs and Lingnan which resulted in 2,825 images. I had the images sorted by date beginning with the oldest.

Yook Yee Wong was at Lingnan University beginning in 1931. He is in three engineering faculty photographs and a staff photograph. 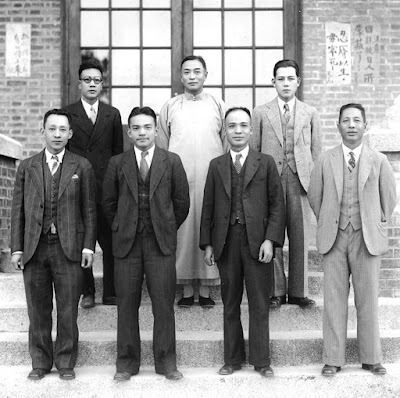 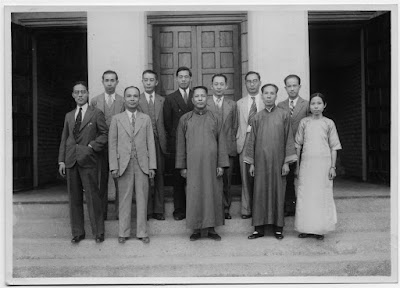 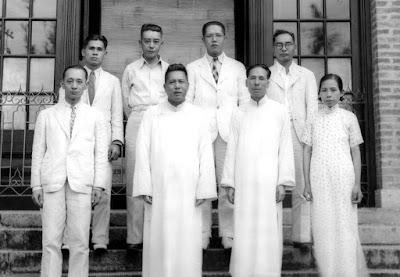 Wong worked on the Engineering Hall.


Lingnan University in founding the College of Engineering at Lingnan, the University Weekly stated: “The College of Engineering will establish a program of instruction in engineering to meet its primary goal of the training of technical specialists in railway and road construction. After discussing this project directly in Nanjing and raising full funding for it, Dr Chung has delegated alumnus Y. M. Lin to return to Guangdong in time to make a report to the Board of Directors. During the meeting the College of Engineering has been formally established, and scheduled to open next semester.” The Weekly also reported that the Canton-Hankow Railway Bureau had allocated annual expenses of 6,000 to the college, of which several instalments [sic] had already been paid.

In December 1929, the building plan for a College of Engineering, designed in Chinese palatial style, had been drawn up by architect Wong Yuk-yue, and the ground was broken for construction. The building was completed in 1931, and named “Zhesheng Hall.” The first and second groups of engineering students attended classes in this building. Many of the instructors were well-known specialists from the transportation sector, who had expert knowledge and rich experience.