Paul Fung in The American Boy

I suppose that most boys and many grown-up folks think of a Chinaman as the almond-eyed fellow with a pigtail who makes his living doing “washee.” While to may be true that most of the people from that far-off country who come to America work all day long washing shirts and socks, there are many who are highly educated and esteemed by Americans. Of these there is none more interesting than clever little Paul Fung, who is being talked about from one end of the country to the other and referred to as “the only Chinese cartoonist in the United States.”

Now, if Paul Fung were a grown-up man, I wouldn’t be writing this story; but as he is only about eighteen years old, I am sure that every reader of The American Boy will become as greatly interested in him as I am.

I know Paul very well indeed and I am certain that you would like him too. He is really a wonderful little fellow, speaks perfect English, dresses well and is thoroughly American. In fact, I’ve just heard that he wants to go and fight for Uncle Sam, which shows that his hearts is in the right place.

Paul’s father, the Rev. Fung Chak, was a graduate of one of the great California universities, Leland Stanford, Jr., and for some years pastor of the Chinese Baptist missions in Seattle, Portland and San Francisco. Paul was born in Seattle and has lived in American all but six years of his young life. When five years old, he went back to China with his father and attended school there. Later, after returning to this country, he finished an American grammar grade education and then entered high school.

When Paul was attending school in China, his married sister in America sent him the colored supplements of the Sunday papers, showing the Katzenjammer Kids and other funny drawings that delight young and old.  He took a particular interest in the doings of these “Kids” and copied the drawings in such a way that his parents quickly saw where his talent lay. So in addition to his regular work, Paul studied Chinese art under the direction of a teacher who taught him to copy flowers, birds and leaves on fans, working with a camel’s hair brush on a pad of soft paper with Chinese ink. He did so much better work than the other children that his drawings were put in a place where everybody could see them.

But cartooning was the particular branch of art that had taken Paul’s eye, so when he came back to America, he began making original drawings which quickly attracted the attention of editors. His drawings were so clever that it wasn’t long before one of the largest newspapers in the West gave him a position in their art department, and then he left high school and is now spending all his time working with his pen, brush and pencil, making people laugh and think.

To-day, Paul’s work is considered so good that it can be found in some of the very best magazines in America, and it won’t be very long before this little Chinaman is looked upon as one of the leading cartoonists in the whole country. 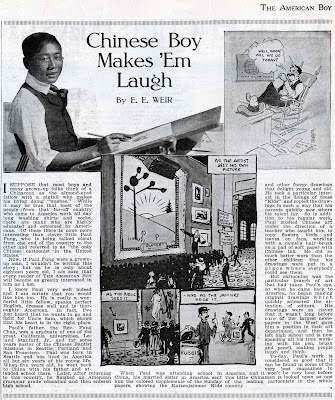 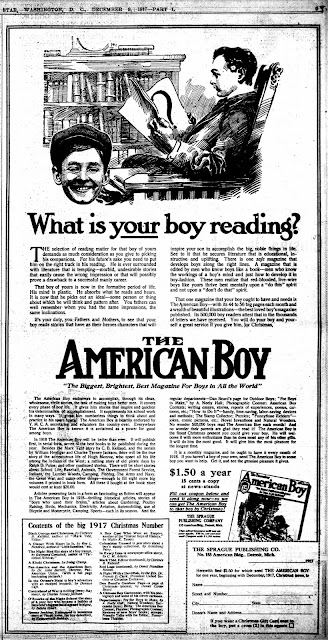