Paul Fung and the Seattle Post-Intelligencer


Paul Fug, Chinese cartoonist and illustrator, who has been on the staff of the Seattle Post-Intelligencer for four years, has resigned and is now in the art room of the Seattle Times. He succeeds Frank Wolfe, who has enlisted in the Engineers Corps of the army. 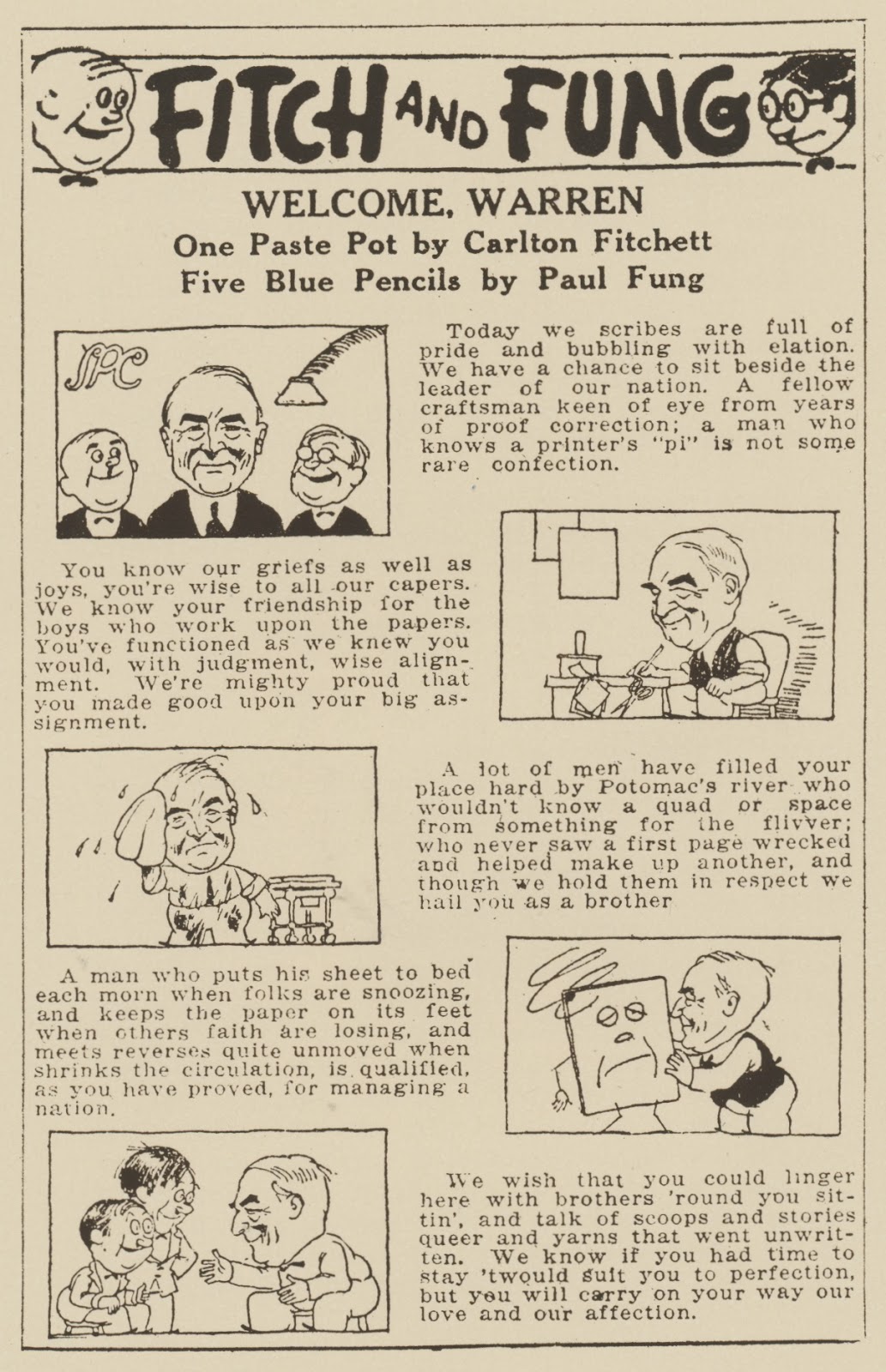 “I palled around with Paul Fung more than any of the other cartoonists. Paul was on the Seattle Post-Intelligencer when Billy DeBeck came through and brought him in to New York. He inked Barney Google. Then he took over Dumb Dora after Chic Young had to drop it. Later, he did some stuff for Jack Lait. We had a lot in common. He liked to play golf, and he used to play the organ well, and we had a lot of fun. We’d go out and eat at three o’clock in the morning—first time I had chili on a hot dog. I can still taste it.”