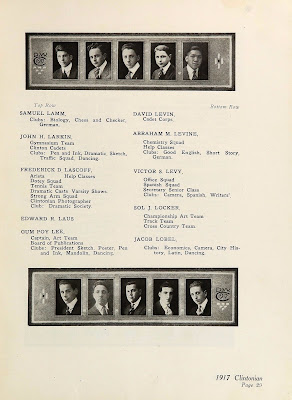 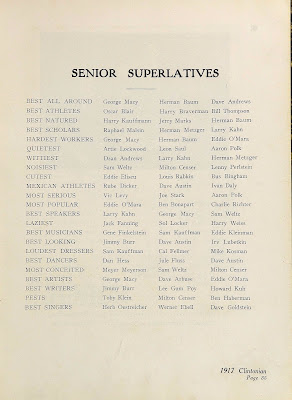 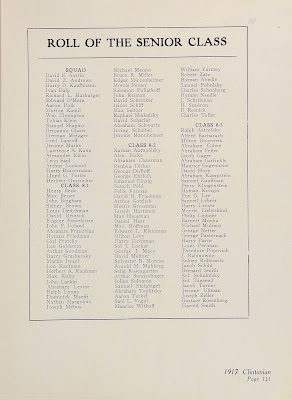 Lee Gum Poy—is a son of Lee Yick Deep, and was born in New York in 1900. Mr. Lee has attended the public and high schools of this city and studied art in the De Witt Clinton High School. At present he is attending Pratt Institute, Brooklyn, N.Y. During the taking of the State Military census in the Spring of this year, Mr. Lee offered his services and acted as secretary. He is a member of the Chinese Boy Scouts. Address—32 Mott. 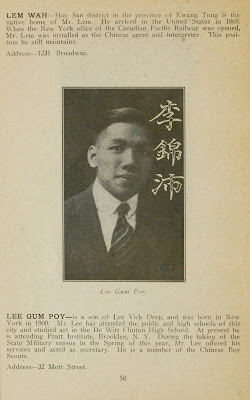 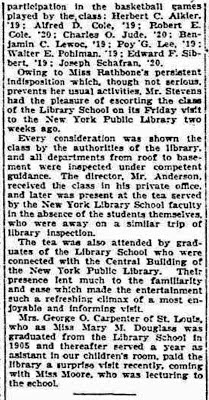 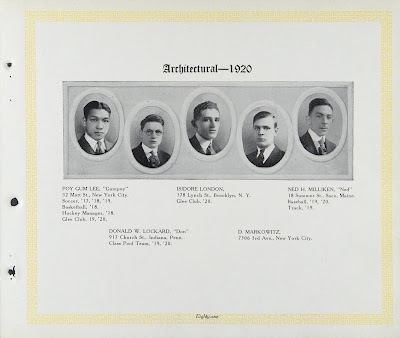 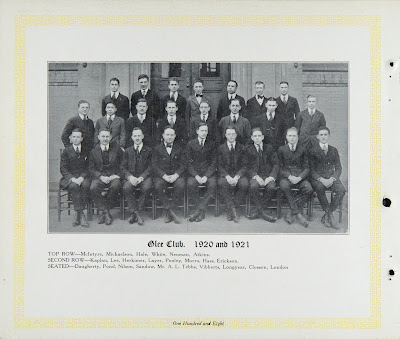 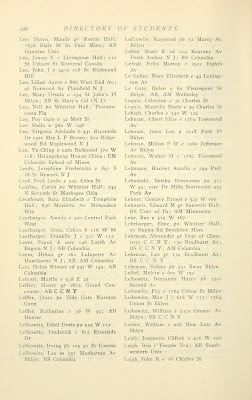 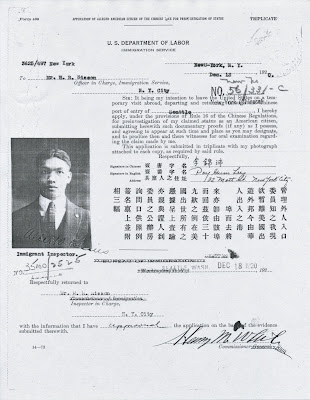 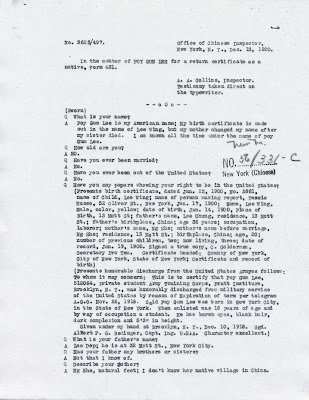 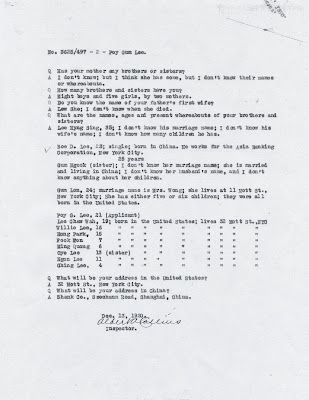