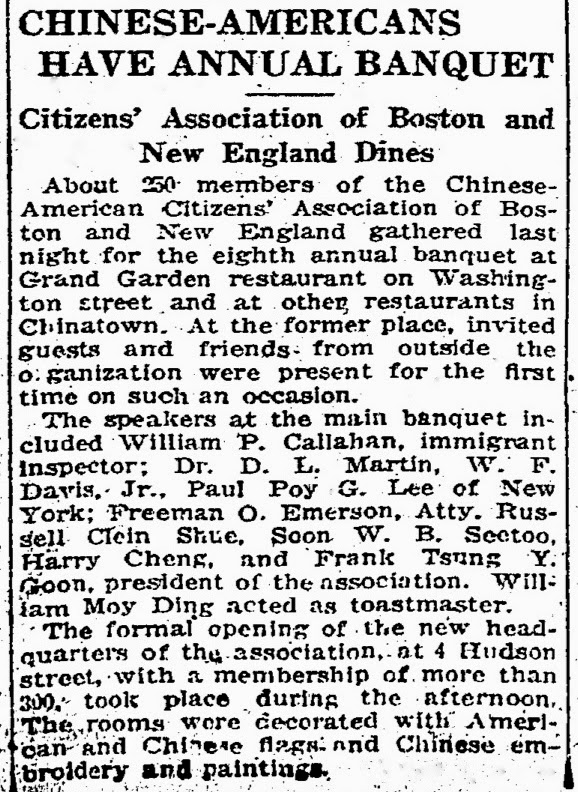 About 250 members of the Chinese-American Citizens’ Association of Boston and New England gathered last night for the eighth annual banquet at Grand Garden restaurant on Washington street and at other restaurants in Chinatown. At the former place, invited guests and friends from outside the organization were present for the first time on such an occasion.

The formal opening of the new headquarters of the association, at 4 Hudson street, with a membership of more than 300, took place during the afternoon. The rooms were decorated with American and Chinese flags and Chinese embroidery and paintings. 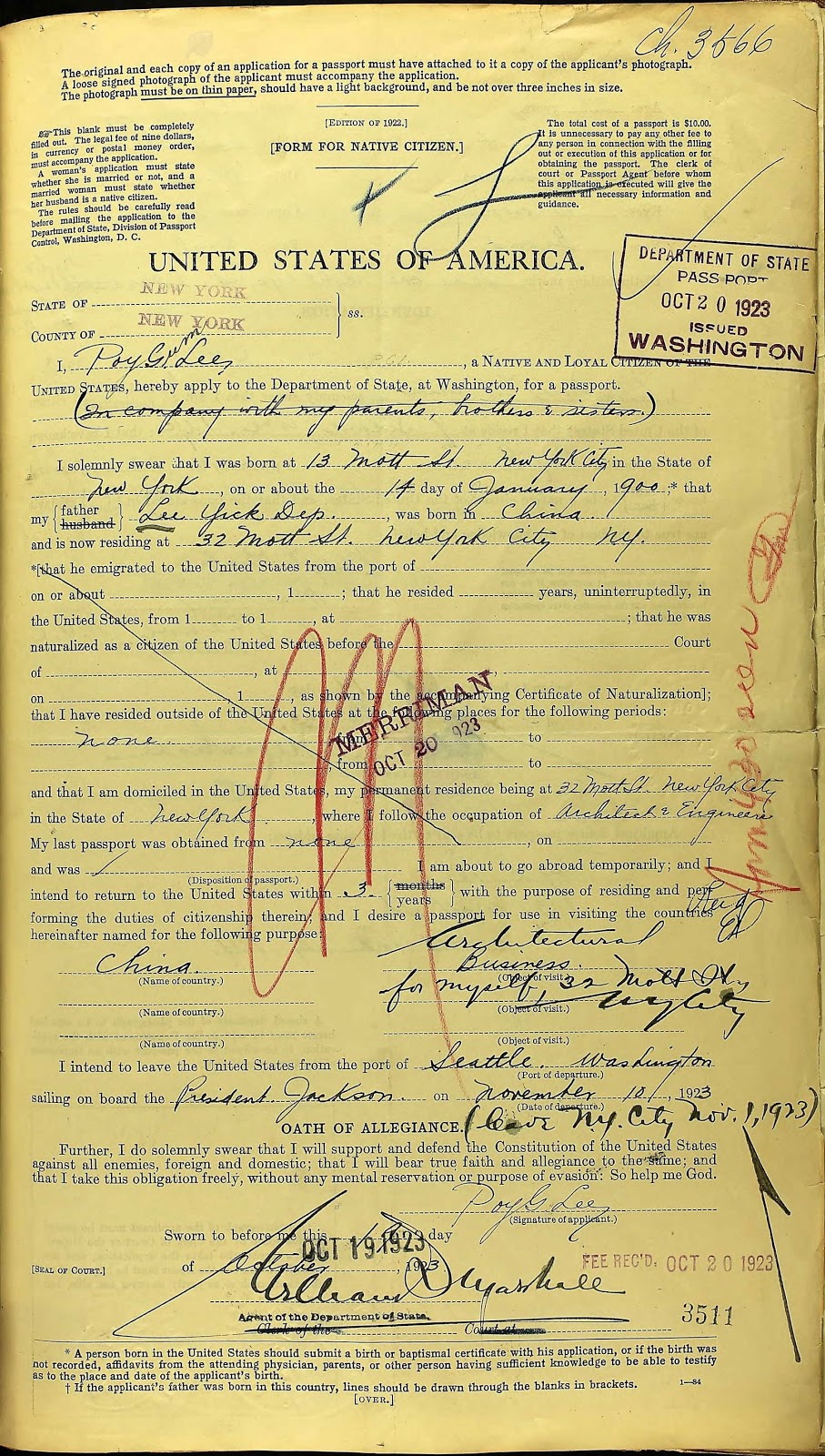 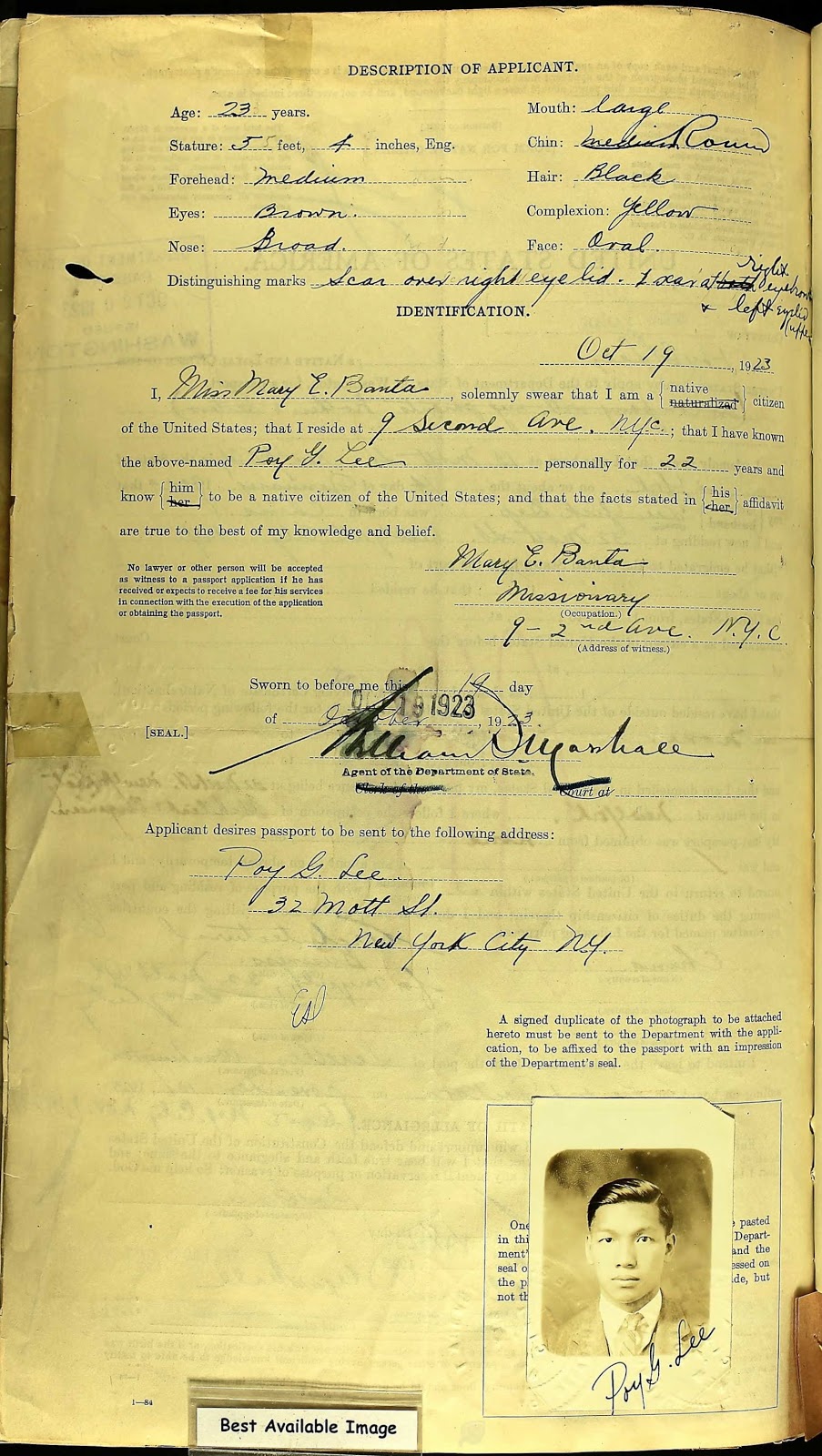 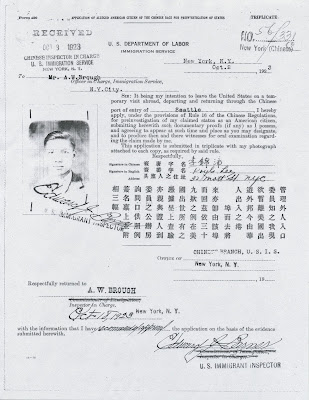 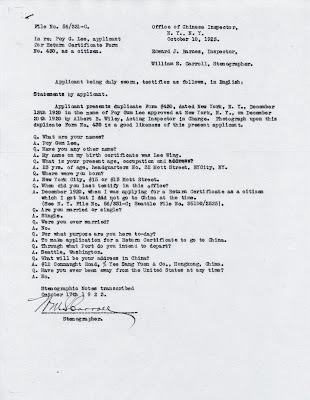 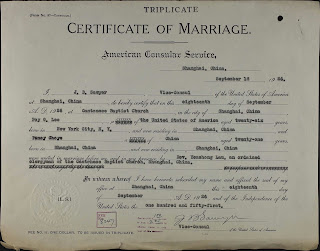