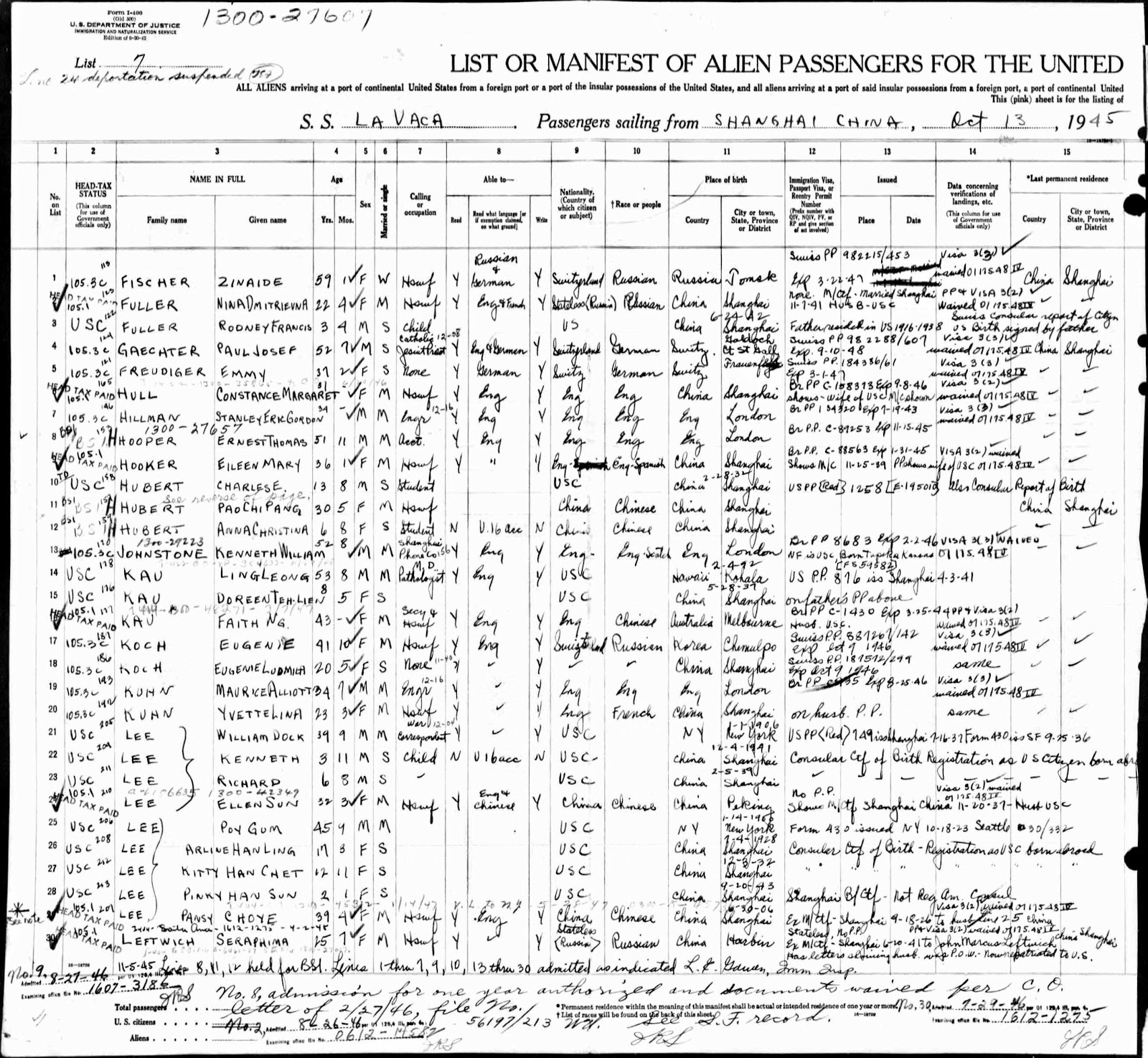 The page was folded and covered part of the caption under the top photograph. Here is the text as it may been appeared:

In returning to his alma mater, where, in a year, he can qualify for a B.A. degree, Mr. Poy G. Lee resumed architectural studies that were interrupted 25 years ago. At that time, after three years of study at Pratt Institute, New York, he left school to work in Shanghai, China, as an architect designing the Bank of Canton. Later he finished the mausoleum for Dr. Sun Yat Sen in Nanking. In Shanghai, Mr. Lee, who is New York born, married a Chinese citizen, and raised a daughter, Arlene. Now he returns to study at Pratt, he is accompanied by his wife and daughter, who is 17. Photo above shows Mr. Lee at his studies.