To get behind the tourist front in San Francisco’s Chinatown, LOOK commissioned photographer James Wong Howe to put on film what he considers its outstanding aspects. Howe’s qualifications: 1. He is a top-flight Warner Brothers cinematographer of extraordinary ability; 2. He is Chinese, could thus get past the tourist barriers.

Howe approached his problem with an understanding eye, caught even such symbolic touches as the War Bond poster at left being relettered so that older Chinese might clearly grasp its significance.

The introduction of Chinatown’s inhabitants to America was not pretty. Imported as coolie laborers to build railroads that opened the West, they were excluded from further immigration in 1882 despite their part in making this country great. The barrier was lifted only recently, 62 years later.

Through the land of their ancestors is torn by internal dissension, the residents of Chinatown, San Francisco, and Chinatowns elsewhere in the U.S. are solidly united in the war effort. The day of the queue and the tong war has passed. Chinatown still appears Chinese, but beneath its oriental facade, it is as American as a piping plate of Boston baked beans. 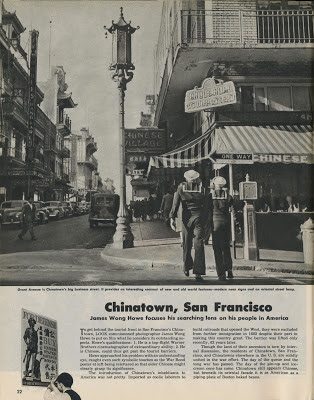 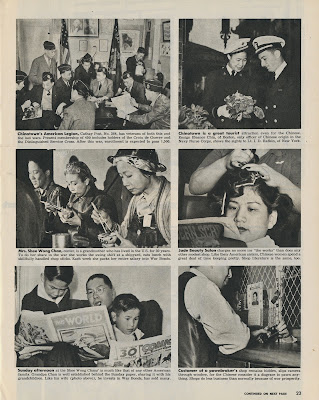 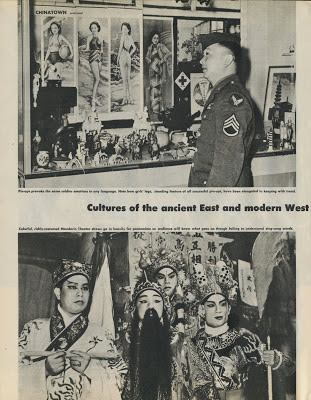 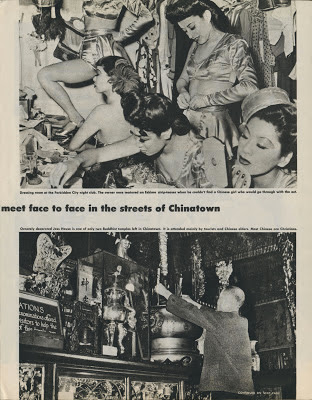 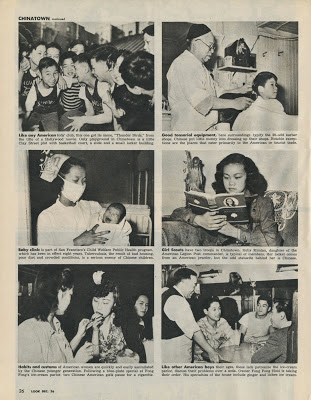 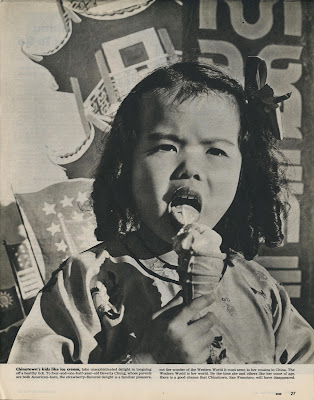 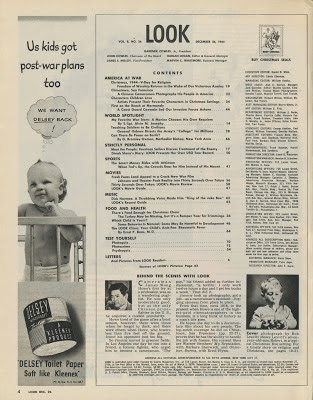 (Tomorrow: Dong Kingman by James Wong Howe)
Posted by Alex Jay at 8:00 AM