...Allen C. [sic] G. Chin, of Casa Grande, received honorable mention for his “Deterioration,” a picture of an adobe house falling to ruin. Chin has been painting less than a year. He came to Arizona from China in 1947. 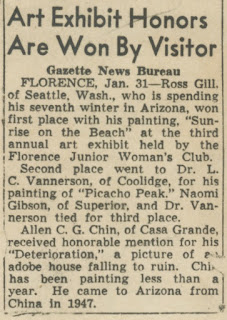 Allen Chin, local artist, is showing his painting, “Escape,” this weekend in the fourth annual Florence Art Exhibit at Florence.

Chin came to the U.S. in 1947. In April of 1950, when he had mastered the English language enough to pore over the history of the Southwest, Chin began to set down in oil his impression of Arizona pioneer days. Prior to this time his work had been confined to school water colors.

Virtually self-taught, the youth has recently received some instruction in mixing colors.

Chin, 23, was born in Boston. While still an infant, his parents returned to Nanking, China. Later they moved to Canton and remained there until the Japanese occupation when they sought refuge in Hong Kong. His father, then an officer in the Chinese air force was killed in a bombing raid.

Chin now paints only at night and on holidays. He is a local grocery clerk and hopes one day to be able to devote full time to painting. 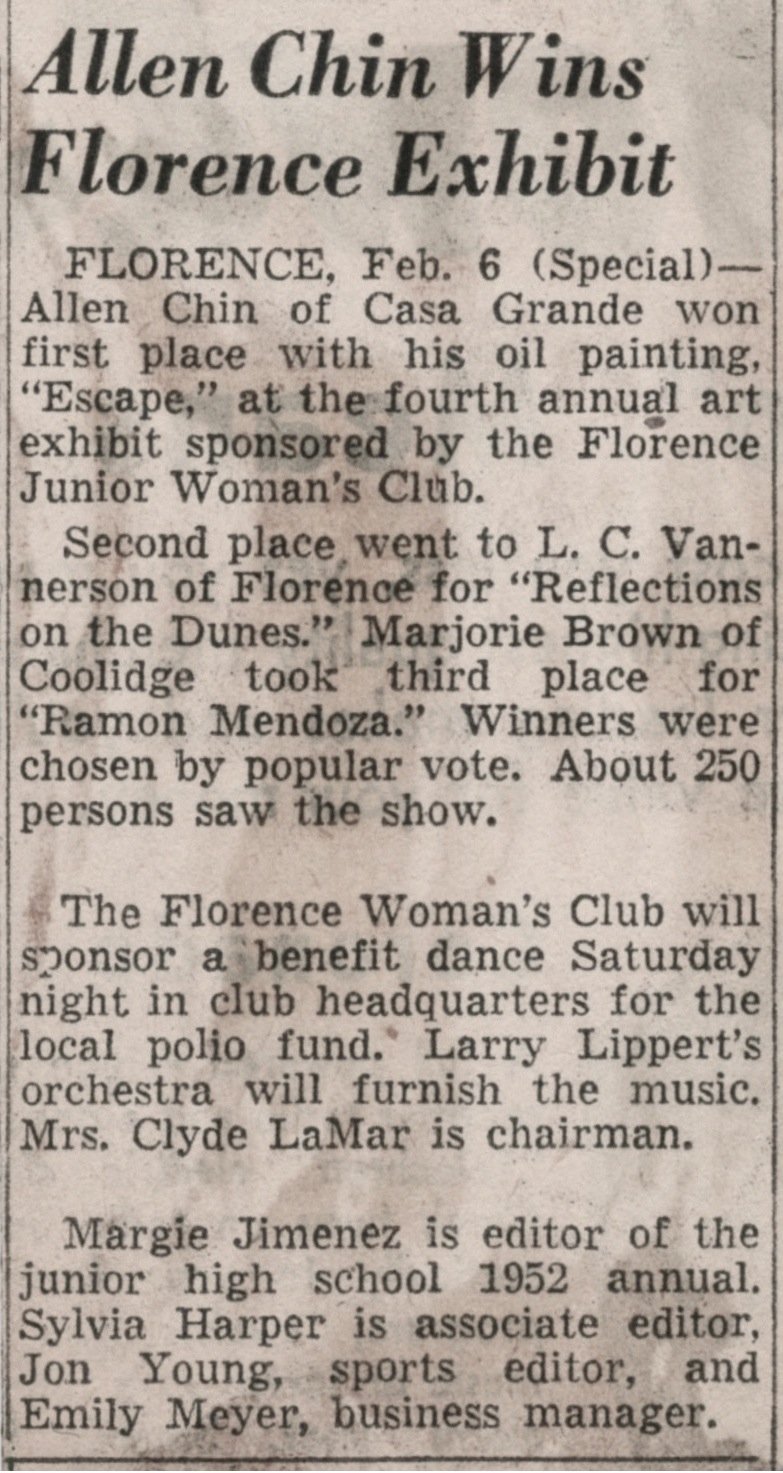 February 7, 1952
Allen Chin Wins Popular Award in Art Exhibit
An oil painting “Escape” by Allen Chin, local artist, won the popular award at the Fourth Annual Florentine Art Exhibit held at the Florence Women’s Club February 1 to 3. Chin’s painting depicts the escape of a stagecoach full of pioneers from a band of Apaches. It is one of a series the painter is working on dealing with Southwestern history. 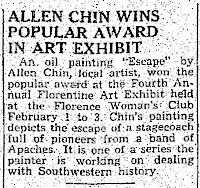 ...Chin, 23, a native of Boston, lived in China before coming to Arizona in 1947. He became interested in painting early in 1950 and exhibited for the first time in the Florence exhibit in 1951, receiving honorable mention for “Deterioration.”

...an oil painting, the work of Allen Chin of Casa Grande. Chin, last year’s first prize winner, is one of more than a dozen Pinal county artists who have submitted paintings in the exhibition... 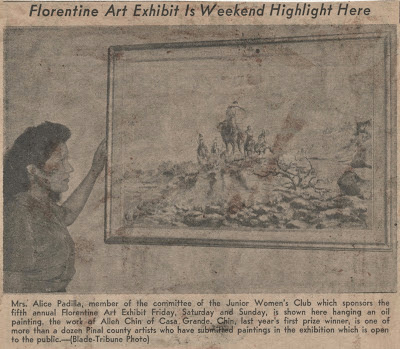 Artists from Florence, Coolidge, Casa Grande, Superior and Oracle will display their original works in oil and watercolor at the fifth annual Florentine Art Exhibit which opens this (Friday) evening at the Florence Woman’s Club building.

Sponsored by the Florence Junior Woman’s Club, the event already has attracted 11 painters from Pinal communities including several previous exhibitors....The show is restricted to artists resident or visiting Pinal county.

...Allen Chin, the Casa Grande grocery clerk who took first place last year, was second with his western scene, “Bad Medicine in the Wind.” His other entry was “The Tempest.” 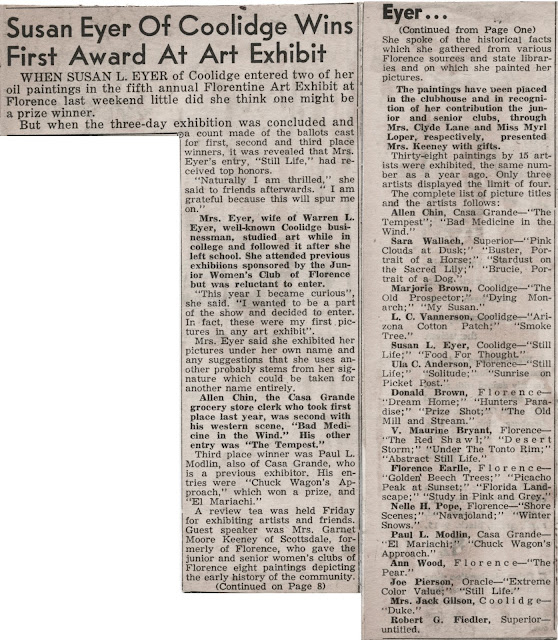 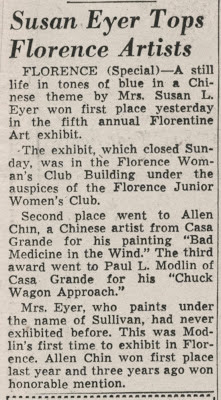