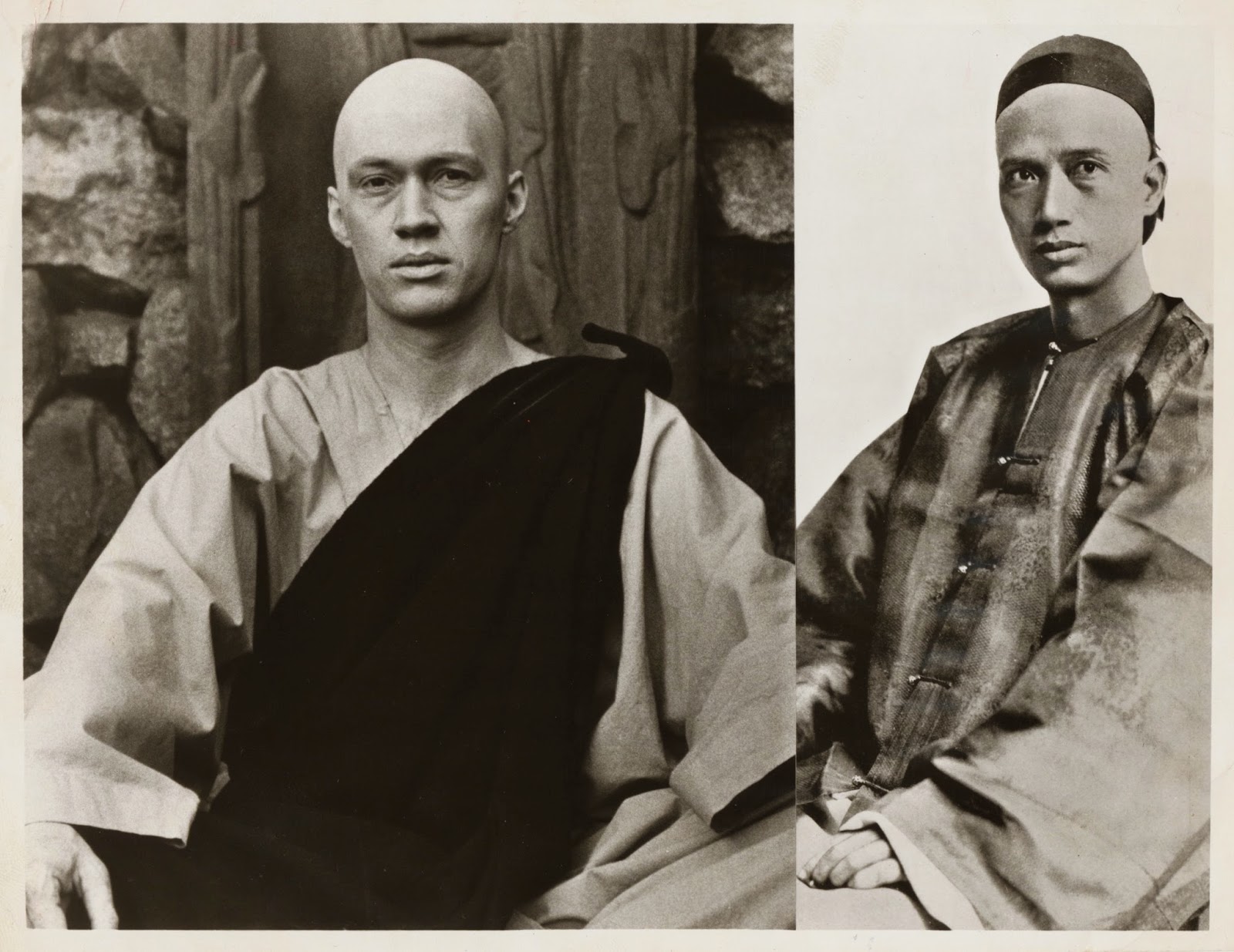 [photo caption]
Is David Carradine unstuck in time?
Is David Carradine (left), who plays Caine in the ABC Television Network's “Kung Fu,” recipient of six Emmy nominations, unstuck in time in the Vonnegut tradition? The striking resemblance to an actual 19th century Chinese architect, named Wong Ki (right), would indeed suggest so. The portrait of Wong Ki was found in a brochure of the 1893 World’s Columbian Exposition held in Chicago. The discovery of the picture evokes even greater mystery about the off-beat, elusive personality of the actor who plays the mystical, Oriental-American, named Caine. “Kung Fu” is seen on the ABC Television Network Thursday evenings.

(Next post on Friday: Paul Fung in Pen and Ink)
Posted by Alex Jay at 8:00 AM