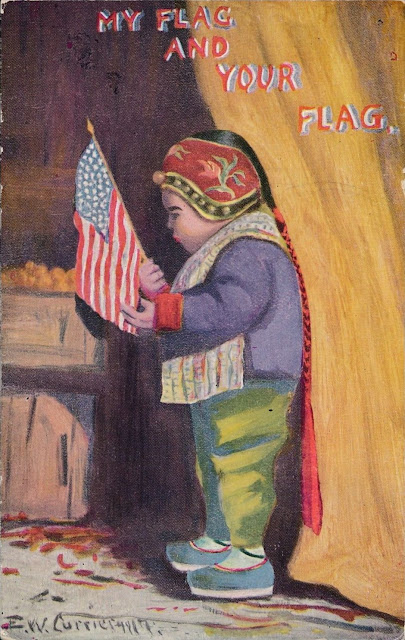 American Art News
December 7, 1918
Obituary
E. W. Currier, a well known painter of California scenes, died Nov. 15 last at a San Francisco hospital. He had been a sufferer for some months although able to pursue his art, to which he was devoutly attached.

The artist passed a deal of time each year at Lake Tahoe, traversing the mountain region with great enthusiasm and always returning with much material. The color and life of Old Chinatown, before the 1906 fire, had afforded Currier much pleasure and he reflected those features with faithfulness. Originally from Ohio, Currier had lived many years in California. His early training was gained in the East.

(Next post on Friday: Anna May Wong in Film Annuals)