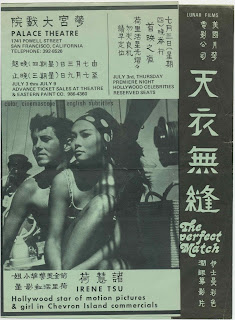 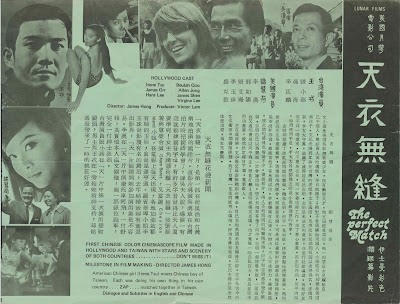 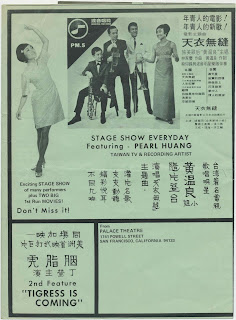 “It will be the first production ever made with double casts, double languages on double locations,” explained Wu Hong. “There will be sub-titles showing on the screen with Chinese translation whenever English is being used in the dialogues, and vice versa.”

James Wu Hong, author and director of the production, has encountered some problem in sound dubbing. At Hollywood, dialogues were recorded as the scenes were shot. But on Taiwan it had to be dubbed later. So Wu and his wife, former Miss Pearl Hong dubbed for the hero and heroine. “The Perfect Match” is a drama dealing with Chinese-American’s lives and ways of thinking in Los Angeles and Taiwan. The first half of the picture has been completed with shooting in Hollywood last September with Irene Tsu, Miss Chinatown, U.S.A., as leading actress and Hans Lee as leading actor.

The second half of the film will see Margaret Chang, a well-known Chinese stage and movie actress in Taiwan, playing the title character with Yung Wang and Hai Fung as her counterparts.

Most of the indoor scenes on Taiwan will be done at the Central Motion Picture Corporation Studio at Shihlin, which had agreed in a contract to furnish the Lunar Films with necessary facilities.

American TV and movie watchers must have been familiar with the face of a brilliant Chinese actor James Wu Hong, in “Love Is A Many Splendored Thing” (with Jeniffer [sic] Jones), “Soldiers of Fortune” (with Clark Gable), “Never So Few” (with Frank Sinatra), [missing text].

(Next post on Friday: New Canton Theater, New York City)
Posted by Alex Jay at 8:00 AM