Yang Ling-fu in Who’s Who in China 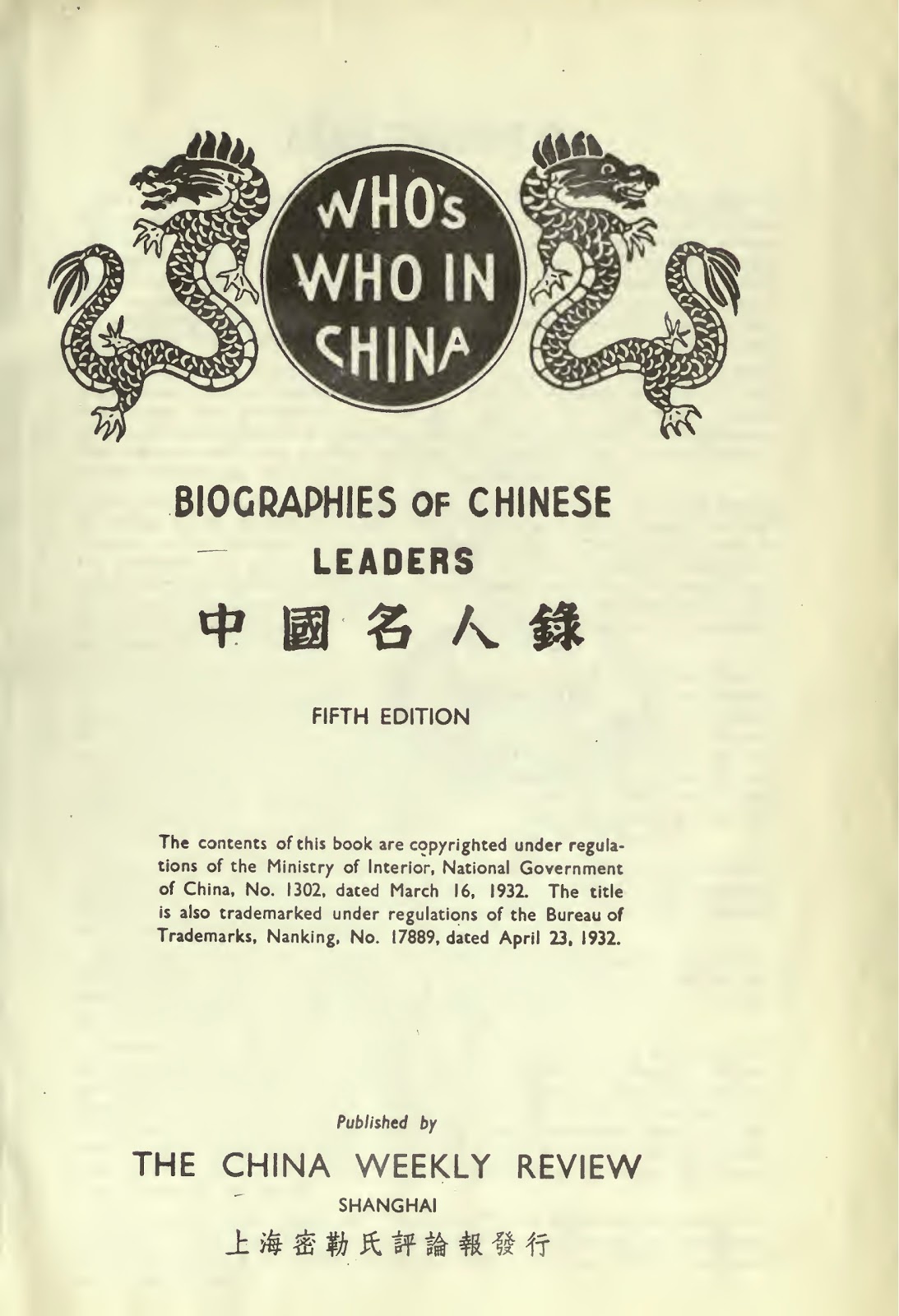 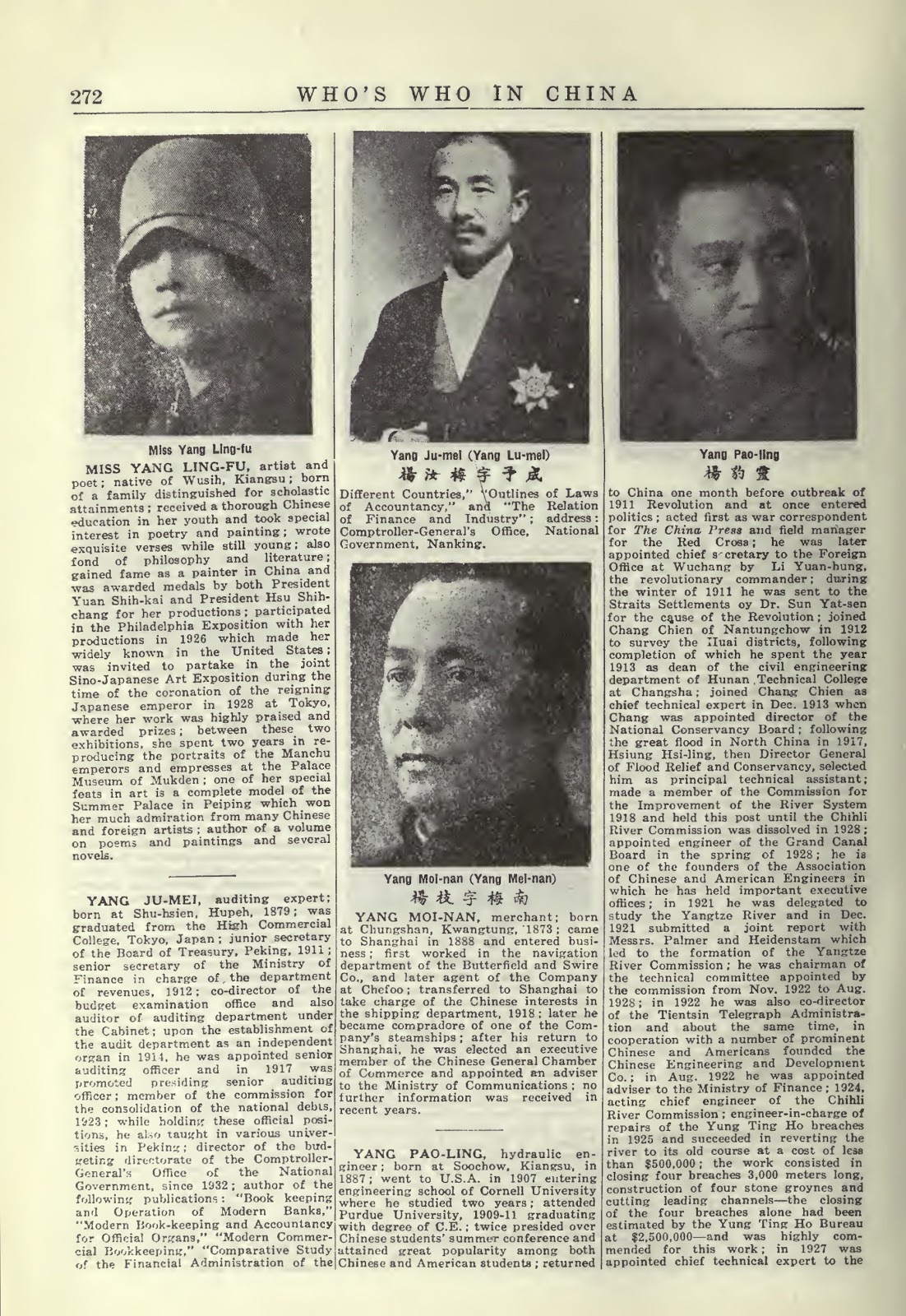 Miss Yang Ling-fu, artist and poet; native of Wusih, Kiangsu; born of a family distinguished for scholastic attainments; received a thorough Chinese education in her youth and took special interest in poetry and painting; wrote exquisite verses while still young; also fond of philosophy and literature; gained fame as a painter in China and was awarded medals by both President Yuan Shih-kai and President Hsu Shih-chang for her productions; participated in the Philadelphia Exposition with her productions in 1926 which made her widely known in the United States; was invited to partake in the joint Sino-Japanese Art Exposition during the time of the coronation of the reigning Japanese emperor in 1928 at Tokyo, where her work was highly praised and awarded prizes; between these two exhibitions, she spent two years in reproducing the portraits of the Manchu emperors and empresses at the Palace Museum of Mukden; one of her special feats in art is a complete model of the Summer Palace in Peiping which won her much admiration from many Chinese and foreign artists; author of a volume on poems and paintings and several novels.

A biographical sketch of Yang Ling-fu is in the book, Artists in California, 1786–1940, which can be read here. Tomorrow: Yang Ling-fu at the Sesquicentennial Exposition.
Posted by Alex Jay at 8:00 AM

Email ThisBlogThis!Share to TwitterShare to FacebookShare to Pinterest
Labels: 1936, Who’s Who in China, Yang Ling-fu