After reading Betty Lee Sung’s obituary in The New York Times, I thought it would be easy to find her family in census and travel records at Ancestry.com. It wasn’t easy. The Lee family was in the census but under a different name. Fortunately, there were just enough clues in the obituary to help me find them.
The obituary said Betty, her sister Rose and a brother fled China in 1938. I used that information to find the trio in a passenger list, on lines seven to nine, at Ancestry.com. According to the obituary, Betty was born in Washington but it was actually Baltimore, Maryland. 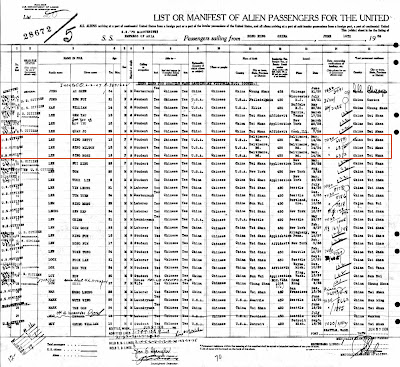 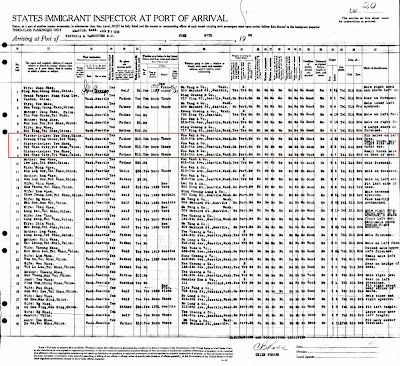 I believe her Chinese Exclusion Act case file number is 7030/6373
and located at National Archive’s branch in Seattle.
Apparently the Lee children traveled with other members of their village. From Seattle, Washington, they made their way to Washington, D.C. (see Defiant Second Daughter: My First 90 Years)
To find the trio in the census, I searched using their first names and birthplace. I discovered their family name was “Sing”. Betty’s father told the census enumerator that his name was Lee Sing. The enumerator wrote Sing as the family name. For decades, the Lees were Sings. 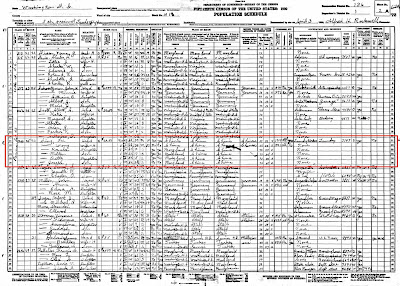 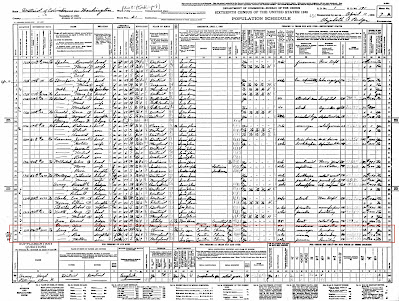 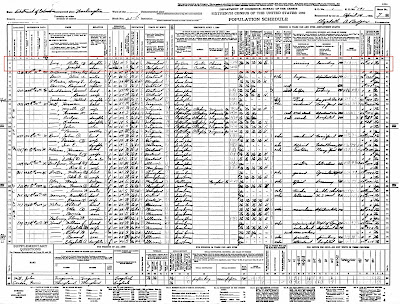 In the 1940 census, Betty ironed clothes at her father’s laundry. The family lived at 1310 Pennsylvania Avenue which was near The White House and Washington Monument.
In 1948 Betty graduated from the University of Illinois in Urbana. 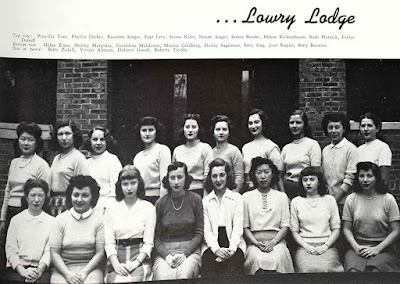 A year before her graduation was an announcement in Newsday (Melville, New York), June 25, 1947.

Announce Betrothal of University of Illinois Student
The engagement of Miss Betty Lee Sing sister of Mrs. Arthur Lem [Rose] of Hempstead to William Hsi-Yunn Sung has been announced by Mr. and Mrs. Arthur Lem.

The 1950 census said the family settled in Oakland Gardens, Queens, New York at 67-23 223rd Place. Betty was a script writer for the State Department. The census was enumerated on April 19. Betty’s daughter, Lina, was born in March. 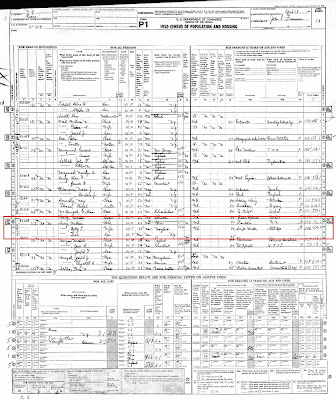 Betty’s research for the Voice of America was reported in the Cohoes American (New York), December 6, 1950. 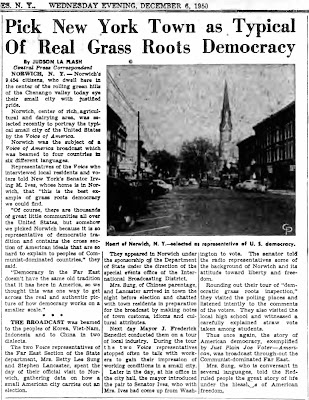 SIDEBAR
In the 1950 census, Betty’s brother, Joseph, lived in Washington, D.C., where he managed a restaurant. According to his World War II draft card, he was born on December 25, 1926 in Baltimore, Maryland. 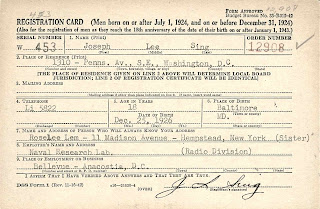 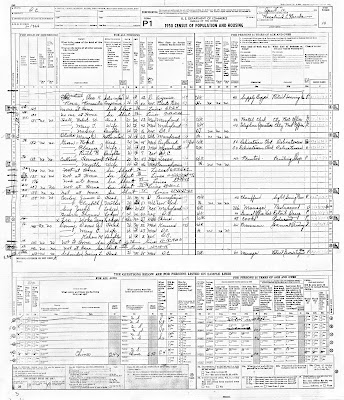 In 1955, Joseph flew from Hong Kong to Seattle. Also on the passenger list was Charles Lee. It’s not clear if they were related. The Social Security Death Index said Charles was born on June 17, 1891 and passed away in July 1968. 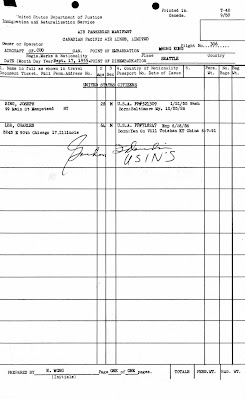 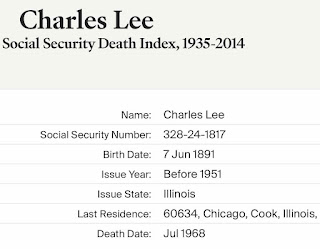 Joseph passed away on January 29, 2016 and was laid to rest at Calverton National Cemetery.
Milton was born on December 24, 1922 in Baltimore. During World War II he enlisted in the Army. On September 16, 1950, Milton married Ruth Helen Troup in Washington, D.C. Milton passed away on May 19, 2015 and was laid to rest at the Maryland Veterans Cemetery. 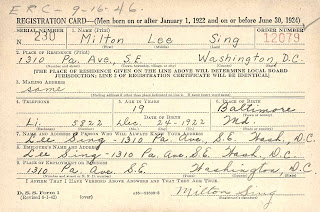 Rose was born in around 1922 in Baltimore. On July 14, 1940, she married Arthur Lem in Washington, D.C. The newlyweds resided in Hempstead, Nassau County, New York at 11 Madison Avenue. 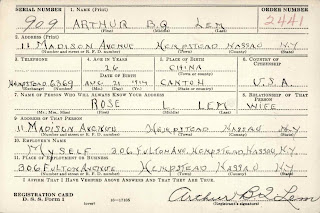 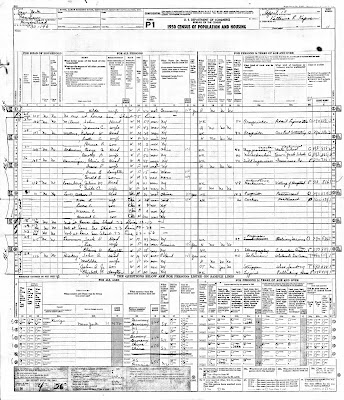