The title calligraphy for Eight Immortal Flavors was by Kenneth Joe who was thanked in the book’s preface, “to Kenneth Joe for the fine calligraphy”. The cover art was painted by Jake Lee.
Jacket Cover 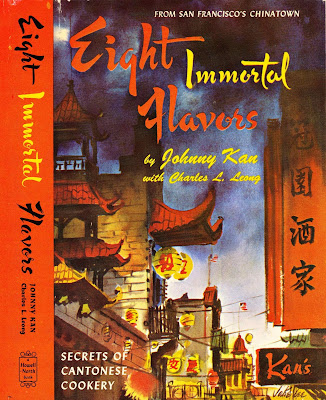 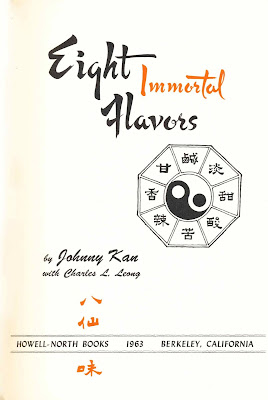 It’s likely Joe did the calligraphy for the restaurant, Kan’s. 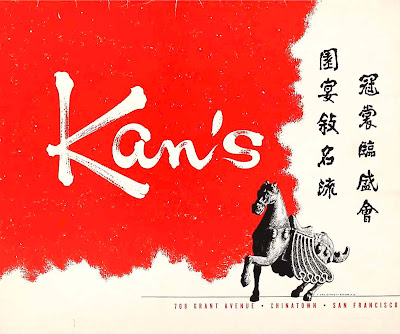 A photograph of Joe, I believe, was published in Preserving America’s Past (National Geographic Society, 1983). The caption on page 98 reads

Silk-clad scholar Kenneth Joe nurtures his centuries-old heritage in an Oriental setting. In Chinese calligraphy, he brushes a poem of homesickness and of time and changing seasons.

Pages 100 and 101 featured Joe practicing his art.
Anyone with biographical information to share about Joe would be greatly appreciated.
(Next post on Friday: Maxine Hong Kingston’s China Men)
Posted by Alex Jay at 8:00 AM