Scribner's, May 1916
“Spanning the Continent by Rail”
Illustration by Walter H. Everett

On May 10, 1869, Ogden, Utah, railroad communication from the Atlantic to the Pacific was established by the joining of the Central Pacific and the Union Pacific Railroads. The event was witnessed by American engineers, officials, and soldiers, as well as Chinese, Indian, Mexican, and negro workmen, suggesting the cosmopolitanism of the United States. 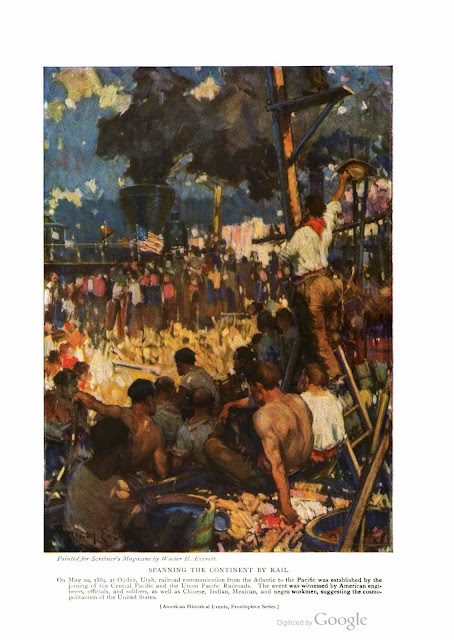 
(Next post on Friday: San Francisco Movie Theater Handbills)
Posted by Alex Jay at 8:00 AM