According to a passenger list at Ancestry.com, Gin Wong entered the United States as ten-year-old Jeen Dep Wong on January 1, 1932 at the port of Los Angeles, California. He sailed on the steamship President Coolidge from Hong Kong on December 8, 1931. He was accompanied by his mother Lee Shee. The passenger list said both were born in Sunning, Kwangtung, China. Their tickets were paid by Wong Shoo Tan, the husband of Lee, who resided at 956 South San Pedro Street in Los Angeles. 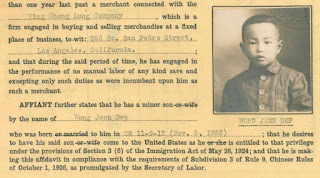 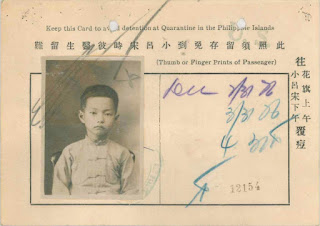 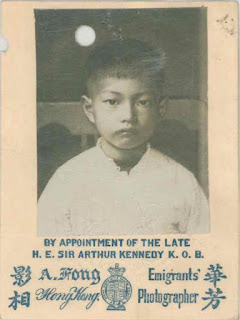 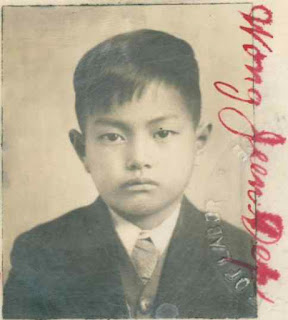 In the 1940 U.S. Federal Census, Wong was the fourth of nine siblings. The family of eleven plus a lodger lived in Los Angeles at 717 East Ninth Place. Wong’s father was the proprietor of a grocery store. 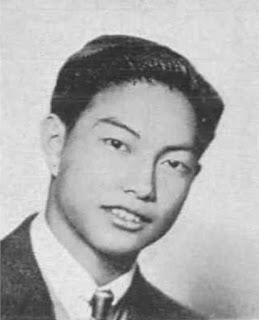 Wong was in Tampa, Florida when he became a naturalized citizen. The petition said his names were “Jeen Dop Wong”, “Jeen Dep Wong” and “Gin Dop Wong”. His birthplace was “Toishun, Kwantung” [Taishan, Guangdong], China. He changed his name to Gin Dan Wong. On the petition was Wong’s serial number, 39549327, and the signatures of two army witnesses. 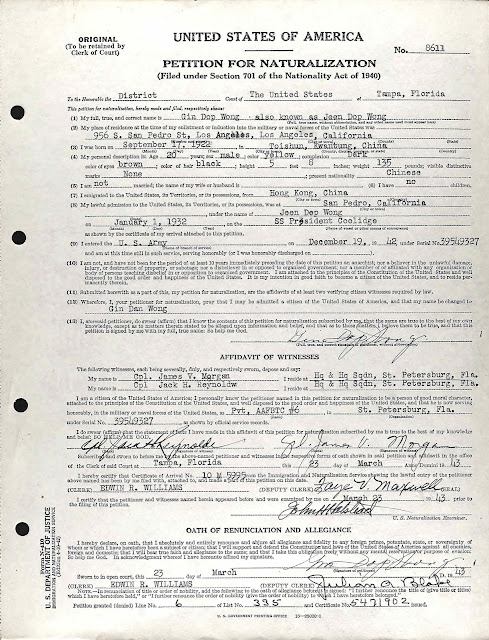 The Los Angeles Times, September 8, 2017, said Wong “served in the Army Air Corps during World War II, participating in major air battles over Japan in 1945 as a lead crew navigator and radar bombardier.”

After the war, Wong married Louise Yvonne Tom on February 4, 1948 as recorded at the California, County Marriage Record at Ancestry.com. The San Diego Union reported the marriage on February 24, 1948.

Mr. Lai gave his daughter in marriage. She wore White slipper satin, trimmed with crystals and seed pearls and her fingertip veil fell from a crown of crystals. She carried a Bible topped with a white orchid. Miss Marian Tom attended her sister as maid of honor and bridesmaids were Miss Amye Hom, Miss Helen Sheng, Miss Peggy Foon, Mrs. Barbara Wong and Miss Lila Tom.

Wong graduated from the University of Southern California (USC). He was one of several alumni featured in USC’s 1961 El Rodeo yearbook. 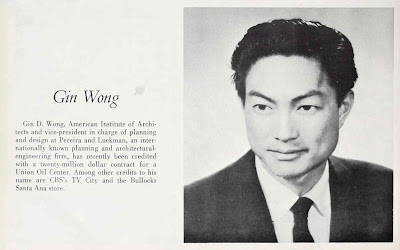 Wong had a long and notable career as an architect.