Paula Ming Norris was born Pauline Ming on May 11, 1925, in Cleveland, Ohio. Her parents were Dea Him Ming and Jessie Wong. Dea was born in Kaiping (aka Hoiping), China on November 22, 1899 and passed away in April 1960 in San Francisco. For several years he was a Cleveland-based editor for the San Min Morning Paper in Chicago. According to the California Death Index at Ancestry.com, Jessie was born in Illinois on October 23, 1904 and passed away in San Francisco on July 4, 1962. They were laid to rest at Woodlawn Cemetery. 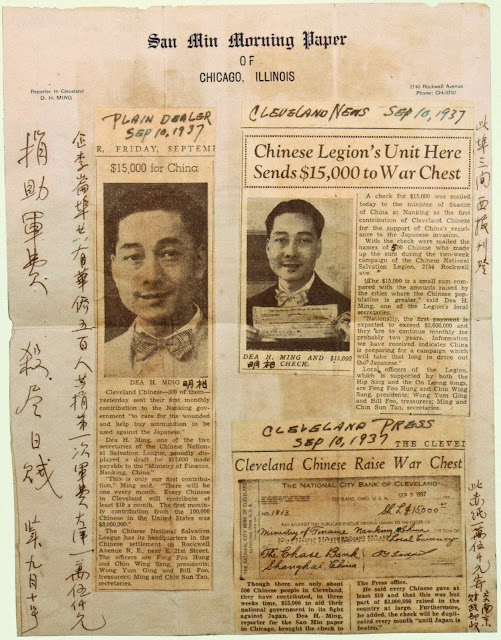 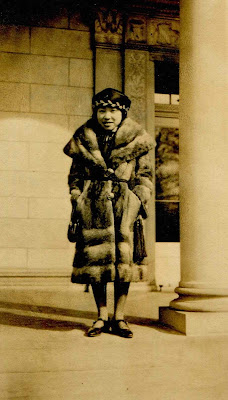 Paula’s life was chronicled in the local newspaper. 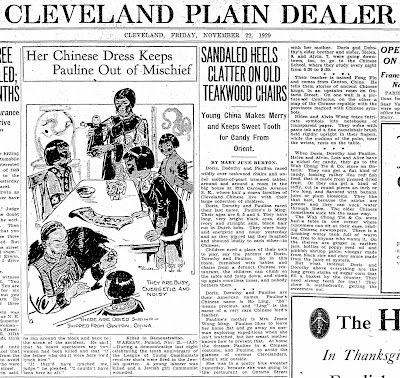 In both Chinese and Ukrainian offerings, the children who performed captivated and drew enthusiastic applause.

Seven-year-old Pauline Ming sang an American popular song and danced a typically American tap danced to the unusual accompaniment of the ye-yan, which the Chinese think comparable to the violin, played by her uncle, Fred Wong.

Harry Wong played the woo-kum or bass viola and sang a selection from a Chinese operetta, accompanied by his brother, Fred, and by Ho Fook, who played the som-yin or banjo. Certainly none of the instruments looked or sounded like their American counterparts…. 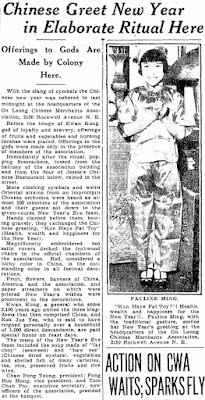 …and Miss Pauline Ming, 8, of 2140 Rockwell Avenue N.E., who will present an oriental dance in costume….

Cleveland Plain Dealer, August 17, 1937
Three-Hour Show Is Planned for Chinese Relief Festival
An elaborate three-hour show, including a Chinese operetta and an American musical revue, three dance orchestras and a style show, is being staged at Public Hall Wednesday at 8 p.m. for the Chinese War Relief Fund.

… One of the Oriental novelties scheduled is a Chinese operetta, presented by the Hung Sing Co., a professional group of singers and actors from Chicago. There will be a style show by 10 Chinese girls, trained by Tony Marchetti, dance teacher.

Among the entertainers appearing in a variety revue are … Pauline Ming, one of their most promising tap students … 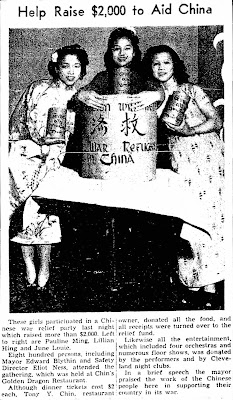 Cleveland Plain Dealer, March 22, 1942
Marchetti to Demonstrate New ‘MacArthur Dip’ Step
… There are three phases to the breezy number. They are highlighted by side two-steps, dips, some limber hip-pivoting, an amusing bit of business that used to be called the “jazz step,” followed by a gay game of “patty-cake” on your partner’s hands, a spinning airplane hop on the right foot, and winding up with a brisk military salute. If you have ever done the “Lambeth Walk,” the “MacArthur Dip” will seem even livelier in fun.

Marchetti taught it to his wife, his sister Julie, as well as Virginia Mangan, Mary Amata, Pauline Ming and Jerry Starr, all professional dancers…. 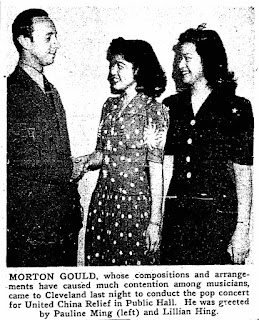 Cleveland Plain Dealer, July 25, 1942
United Nations’ Flags Fly Today
Colors to Rise Daily on New Court on Square
Today in Public Square the flags of the 28 United Nations will be unfurled at 12:30 p.m. It is believed this will be the first such court of flags to be established in the United States….

…Music will be furnished by Lakewood Squadron No. 66. … The girls in native costumes and the nations they represent will be, as follows: …Pauline Ming, China …

Cleveland Plain Dealer, September 3, 1942
Chinese Program Tonight
The Cleveland division of recreation will sponsor a Chinese program tonight at 7 at the Donald Gray Lakefront Gardens. There will be Chinese music by the Cosmopolitan Ensemble, American singing, dances by Pauline Ming ad a talk by Ben Seetoo.

This is the largest troupe of toe-and-heel artists Marchetti has ever trained for such a recital, the former vaudeville headliner and dance expert said.

To lend more variety to his musical revue, he is sandwiching a dozen professional acts into it. … Pauline Ming in a Chinese tap novelty …

Cleveland Plain Dealer, July 25, 1943
Tap-stepping Pauline Ming, one of Tony Marchetti’s ace students who doubles as a junior hostess at the Stage Door Canteen, prances into Chin’s Golden Dragon Tuesday. She is hanging up her dance slippers in the fall to enroll at Miami University.

… Articles will be on sale at a booth near the theater entrance and during intermissions Chinese girls in native costumes will walk through the theater carrying their wares on trays hung from ribbons around their shoulders. This group will include Ruby and Lillian Hing, Mary Yee and Pauline Ming.…

they had three children: Terry, Donna and Barbara.

In 1950, at age 25, her early ballet training, and love of dance, resulted in her first professional job at The China Doll, a night club revue in New York City. [The China Doll closed April 1951.] Ultimately, however, the family moved to San Francisco, where Paula had relatives, hoping for better schools and opportunity.

Once settled in California she never left. She lived briefly in Southern California, but ultimately returned to the Bay Area. Her professional dancing career resumed at the famous Forbidden City on Sutter Street in San Francisco. 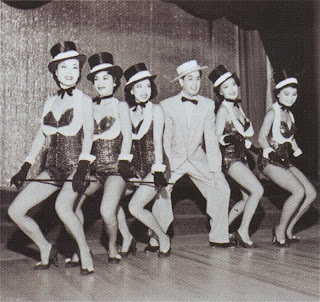 Above: Photograph and caption from Arthur
Dong’s Forbidden City, USA (2014)

The Chronicle said Paula worked at United Airlines from 1956 to 1988.

Her second marriage was to James Malcolm Norris who passed away April 20, 1995.

Paula passed away October 16, 2016, in Sacramento, California. An obituary was published in the Chronicle, November 13, 2016.

Further Reading and Viewing
Vimeo: Paula Ming Norris “A Celebration of Life 1925 – 2016”
The Pioneer Performers of the Forbidden City
Sun Dance History: Dorothy Sun Murray Reminisces on the Forbidden City
AsiaTown Cleveland: From Tong Wars to Dim Sum (2014): page 76, Jessie Ming’s restaurant; page 82, photograph, Dea Ming is at the head of the table. Jessie Ming is on the near side of the table, third from the end.; page 102, photograph of Pauline Ming (age five) and Phyllis Wong (age two).