Chang Kwang-yu did not visit the United States but his art
was published in this U.S.-produced magazine. 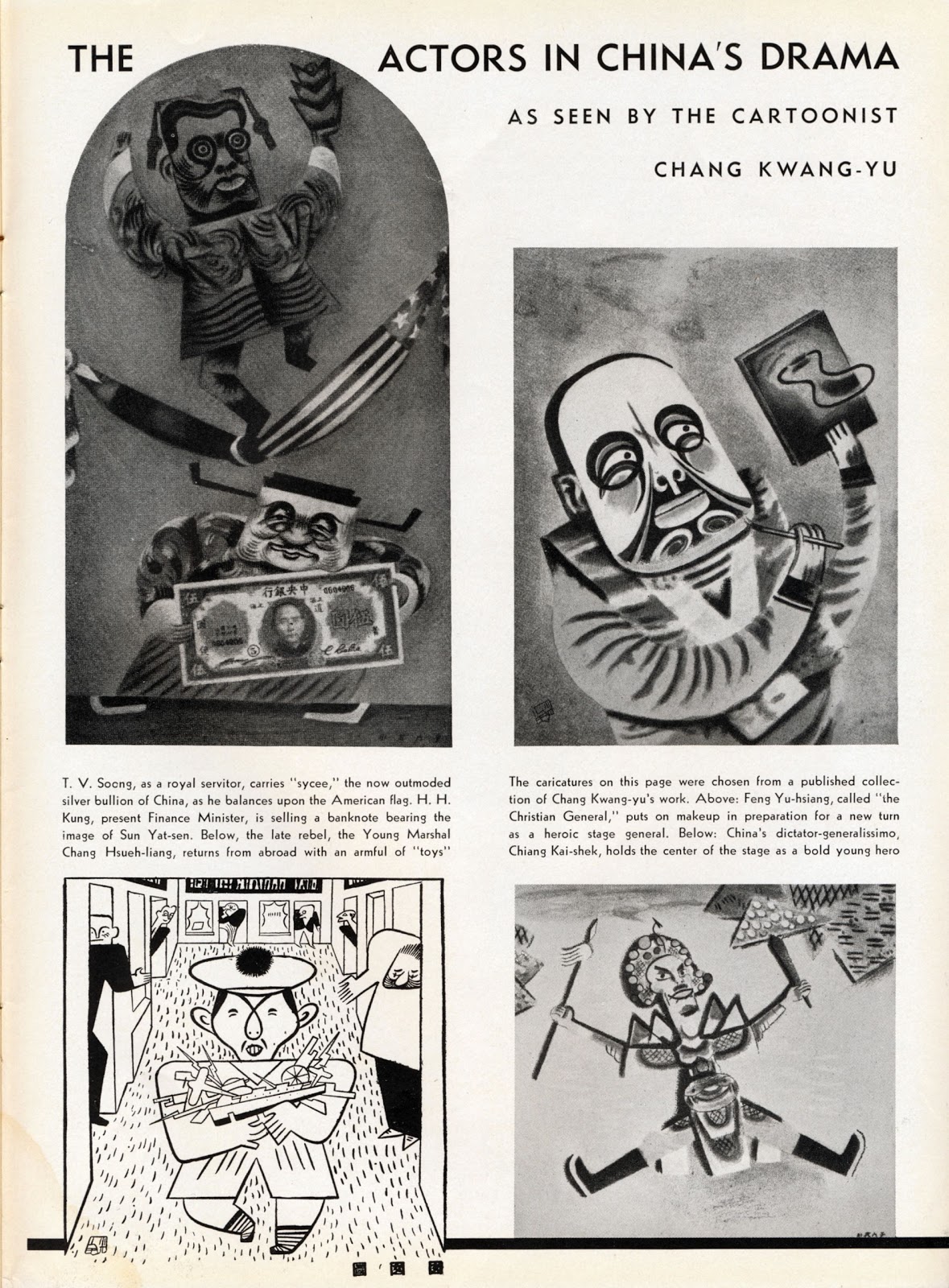 China has only just awakened to the fact that a vigorous school of cartooning has developed. There is still much immaturity of ideas and form in the majority of these cartoons but one must make allowance for the youth of the art in China — a little over five years — and of the artists — few of them are over thirty. Yet they can already take a well-earned place in the world of cartoons. Chang Kwang-yu is probably their foremost master of decorative form and political wit. Others like Yeh Ch'ien-yu—impossible as this may seem—are using that age-old art instrument—the Chinese brush—in a new way,—thanks purely to the fact that as active commentators on the course of political and social life they have developed a new vision, a new feeling for form.

Chang Kwang-yu is the most talented of three cartoonist brothers. Nearing forty, he is the oldest of them all. He teaches design at the Shanghai School of Art, has assisted at the birth of fifteen magazines, some of which are still hale and hearty as he is himself (he looks like the Chinese god of laughter!) and has a vigorous style, at present much influenced by Covarrubias. He it was who got China’s leaders accustomed to being caricatured without feeling that their dignity had “lost face” — for he cartooned them so suavely, so incisively and with such humor that they accepted his verdict much as the old Emperors accepted the verdicts of their venerable Censors.

In a typical series of cartoons, four of which were reproduced as a page feature in the February, 1937, Asia, he shows Chiang Kai-shek as a young stage hero; Feng Yu-hsiang making up for a new turn as a heroic stage general; Sun Fo as a rhomboid goldfish; Eugene Chen, always “up to tricks,” is shown as a monkey; H.H. Kung is in the guise of an ancient mandarin selling a large Nationalist bank note; T.V. Soong is a royal servitor carrying a load of Chinese silver “shoes” and tight-rope walking on an American flag.