About the Artist: Wylog Fong 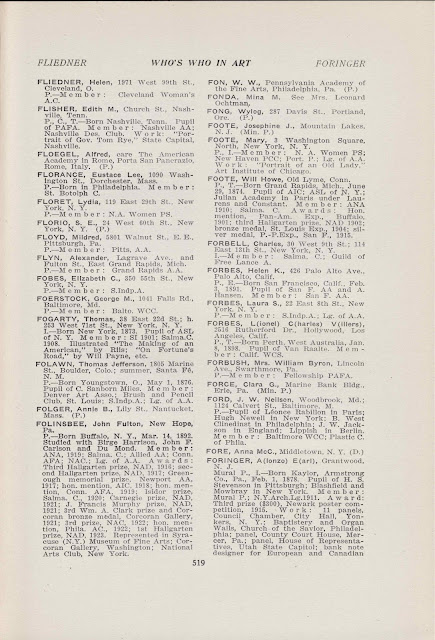 Wy Log Fong was a successful painter and illustrator in the 1920s and 1930s. Many of his works survive today, including original paintings, plus prints produced by the West Coast Engraving Company of Portland, Oregon, to which he was under contract in the 1920s. After moving from San Francisco, Fong attended high school in Portland, where he studied art at the Museum Art School. Fong is listed in the 1928 Portland city directory; however, it is unclear how long he remained in the Portland area. He later moved back to San Francisco and then to Los Angeles, where he attended the Art Students League. He was described as a sidewalk pastel portrait artist in Los Angeles’ Chinatown.

Fong created genre portraits of Chinese men, women, and children, similar in style to the work of early-twentieth-century painter Esther Hunt. Fong’s paintings contained stereotypes of his subjects, perhaps to appeal to non-Chinese audiences. one interesting aspect of his career are the works he painted on velvet from the teens to the 1930s. While velvet paintings date back to the eighteenth century, the origination of the modern kitsch form in the United States has been attributed to Edgar Leeteg, who was active in the 1930s and 1940s. The earlier dates of Fong’s work may mean that he was the first artist in the United States to work on velvet.

A Heaven in the Eye
Clyde Rice
Breitenbush Books, 1984
page 24: A month went by, and I had improved enough to enter the life classes. The girl—her name was Evelyn Nordstrom—was there, along with Mr. Wentz, the teacher. The rest seemed to be strangers to me and all older, until I saw a Chinese fellow whom I had known in high school—Wy Long Fong—who greeted me. There were two Japanese men and a woman, Catherine McKenzie, to whom Evelyn introduced me, and who was to become a friend of long standing.

page 25: Very quickly my circle of acquaintances grew. I met Kinzu Furiya, Mizino, Charles Heaney and other students who were in the advanced day-class under Harry Wentz, the teacher. Kinzu Furiya was a red-cheeked Japanese of about forty—a well-read Oriental philosopher whose paintings were tied much more to Oriental concepts than our own. Mizino, also Japanese, was a tiny, mouse-like man who painted landscapes in the western tradition. Charles Heaney, a slender fellow of about twenty-four, was very eager to push on with his studies. And then there was Wy Long Fong, my high school acquaintance, who was already a superb draftsman and a fine painter.

page 27: Then one evening, as we were engrossed as usual in our drawing, there was a knock at the door and the white-haired art critic entered. He told us to go on with our work, but soon was helping Heaney with his drawing. He looked at mine as well, after which he gave me that incisive, knowledgeable wisp of a smile and turned to Fong. At length the model left, and we gathered around to talk. He talked marvelously well about artists, about materials. He dripped names. He was a friend of Trotsky’s, knew this and that about prominent radicals, and gave fleeting glimpses of himself as an intelligence officer in the French military. It was a splendid performance. We asked him to come often, telling him that we needed a critic. Smiling with suave irony, he said he’d help for the price of a Chinese dinner after the meetings. We were happy with the terms.

Oregon, End of the Trail
Workers of the Writers' Program of the Works Projects Administration in the State of Oregon
1940
page 130: Wylong Fong, a young Chinese artist living in Portland some fifteen years ago, created vividly in oils but is best remembered for Oriental figure studies done with pastels on velvet. Phyllis Muirden, teaching art in Portland high schools, has executed some much-admired water colors

Wylog Fong was born about 1900. He attended high school in Portland and later studied at the Museum Art School. There he met Clyde Rice, who mentions their association in his book, A Heaven in the Eye. Fong exhibited his oils and pastels at the Portland Art Museum. He listed a Los Angeles address in 1959.

A Seed of Modernism: The Art Students League of Los Angeles
Marian Yoshiki-Kovinic, Dr. Will South, Julia Armstrong-Totten
Pasadena Museum of California Art/Het Day Books, 2008
page 72: Plate 26, watercolor
page 73: Plate 27, watercolor
page 103: Wylog Fong (1894-1974), painter, illustrator, model
(excerpt)...He later returned to San Francisco and then to Los Angeles, where he attended the League during the period when Macdonald-Wright was director. Macdonald-Wright used him as a model for many of his paintings and drawings. At the League Fong was an integral part of the group of students and a regular attendee of the Saturday night “stag parties,” where a variety of ethnic cuisine was prepared and served. In 1937 Fong illustrated an article, “Fong Sad as New Year Customs Wane,” for the Hollywood Citizen-News, explaining how disappointing it was to see that the Lion Dance had replaced the traditional Dragon Dance at Chinatown’s celebration of the Chinese New Year..... —Marian Yoshiki-Kovinick

(Next post March 15: Chinese Art at the Whitney Gallery)
Posted by Alex Jay at 8:00 AM